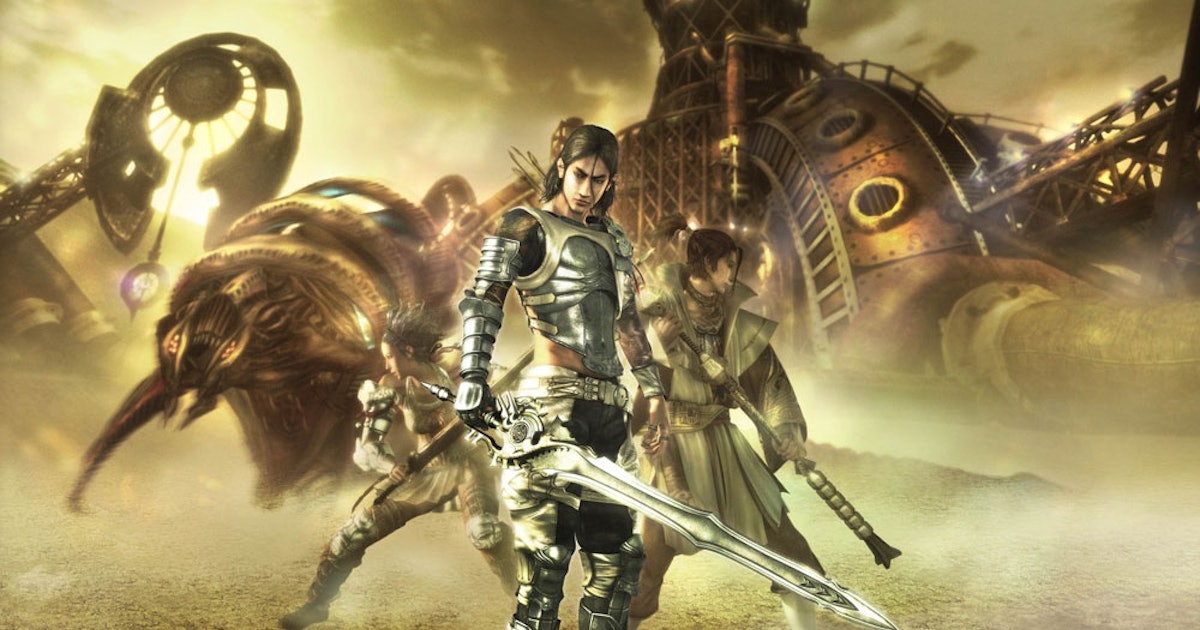 15 years ago, the creator of Final Fantasy made his masterpiece

Few names in video games loom as large as Hironobu Sakaguchi. Creating the Final Fantasy franchise, one of the most popular series in the medium to this day, will do that. But in 2007, after his long tenure at Square Enix, Sakaguchi released a new JRPG outside of the confines of the franchise that had defined him. Lost Odyssey has all the hallmarks of a great game, but has largely been relegated to the status of a cult classic amongst devoted fans. 15 years later, it may just be Sakaguchi’s masterpiece.

Looking at Lost Odyssey for the first time, it is easy to mistake it for a Final Fantasy game. The aesthetic mix of medieval fantasy and science fiction, the turn-based gameplay, and even the list of developers.

Who would you rather date: Cloud or Zack from Final Fantasy VII? Let us know!

If there was one other person who has as much of a claim to Final Fantasy as Hironobu Sakaguchi then it is longtime franchise composer Nobuo Uematsu. Over his decades of work in video games, he has been responsible for helping define the emotional sound and impact of some of the most memorable moments players will ever experience in video games. Uematsu lent his talents to the development of Lost Odyssey.

Perhaps the strangest name attached to Lost Odyssey’s development is Microsoft. The title was an Xbox 360 exclusive and was an attempt by the company to help bolster its console’s sales in Japan, a market they continuously had difficulty breaking into.

At a time when the Final Fantasy franchise was beginning to change and lean more into action forward western-influenced gameplay, Lost Odyssey decided to stick with what had worked for years. Anyone who had played a JRPG prior to Lost Odyssey would be able pick the game up with no problem, it did not reinvent the wheel. This was by design. Sakaguchi kept the gameplay traditional in order to focus on pushing the story further than he had in previous games.

And what a story it is.

A Thousand Years of Dreams

Lost Odyssey follows Kaim, an immortal man who has lived for a thousand years. The world he has spent so much time observing is filled with conflict. While Kaim himself is immortal, his body struggles to hold together under the weight of this long life.

At the game’s beginning, Kaim cannot remember the majority of his life, his mind cannot physically hold the memories of a thousand years. The game implies that this is the only way Kaim and the other immortals he meets during the game could cope with their existence was to forget.

As is typical of a story starring immortals, Lost Odyssey wants the player to confront the unavoidable mortality of life. Kaim must face this as well. In one scene he is brought to a dying woman at the end of her life. Kaim unlocks a forgotten memory of a young girl wearing pigtails. The dying woman clutches Kaim’s hand, “Father” she says before peacefully closing her eyes for the last time. In the span of a few minutes, Kaim is confronted with a life he had entirely forgotten, a daughter he had cared for. Then he must live with her absence just as suddenly. This is the price of immortality, to watch his loved ones perish.

The story of Lost Odyssey was written by Sakaguchi in partnership with Japanese novelist Kiyoshi Shigematsu. Beyond helping shape the narrative of the game, Shigematsu also wrote over thirty short stories detailing Kaim’s life as an immortal, titled “A Thousand Years of Dreams”. These stories are peppered throughout Lost Odyssey, in visual novel sections.

Shigematsu’s stories are heartbreakingly emotional. They flesh out Kaim’s life with harsh reality, imagining the true cost of immortality. Kaim witnesses so much tragedy, and is cursed to be separated from the most meaningful connections in his life. In one story, he loses his wife and daughter in an earthquake. This is the passage that follows:

“Kaim could never say to his daughter ‘You go first to Heaven and wait for me: I’ll be there before long.’ Nor would he ever know the joy of reunion with his loved ones. To live for a thousand years meant bearing the pain of a thousand years of partings.”

Shigematsu said he was unsure if a video game would be able to evoke the same emotion as his literature, but found that the medium gave his work an even greater impact, “I never cried when I saw my work. However, when I was shown the game for just a little bit, I unconsciously burst into tears,” the author told Famitsu.

Lost Odyssey received critical praise and sold well, especially in the west. To this day there are vocal fans of Lost Odyssey, including Xbox head Phil Spencer who made it a point to add the game to the list of Xbox backward-compatible titles. Yet it never garnered the attention of even the least-liked Final Fantasy games. Much like Kaim’s memories, it has been largely forgotten.

Even with the passing of 15 years, Lost Odyssey holds up as a pinnacle of video game storytelling. It is a game that easily stands the test of time, just give it another 985 years and check back in.

Few names in video games loom as large as Hironobu Sakaguchi. Creating the Final Fantasy franchise, one of the most popular series in the medium to this day, will do that. But in 2007, after his long tenure at Square Enix, Sakaguchi released a new JRPG outside of the confines of the franchise that had…

Few names in video games loom as large as Hironobu Sakaguchi. Creating the Final Fantasy franchise, one of the most popular series in the medium to this day, will do that. But in 2007, after his long tenure at Square Enix, Sakaguchi released a new JRPG outside of the confines of the franchise that had…

Google Stadia refunds are finally available. Here’s how to get yours.