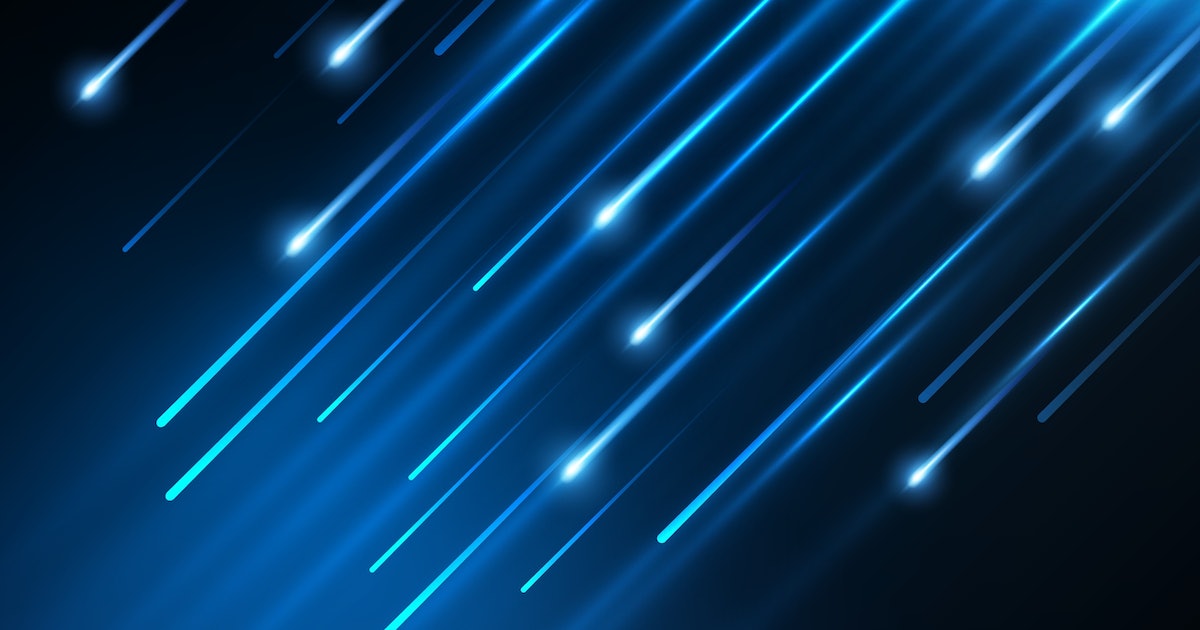 Scientists could use a meteor-hunting technique to uncover dark matter

Researchers from Ohio State University have come up with a novel method to detect dark matter based on existing meteor-detecting technology. Using ground-based radar to search for ionization trails, similar to those produced by meteors as they streak through the air, they hope to use the Earth’s atmosphere as a super-sized particle detector.

The results of experiments using this technique would help researchers to narrow down the range of possible characteristics of dark matter particles.

The existence of dark matter is pretty well accepted by mainstream physicists. Ever since Lord Kelvin calculated that the mass of all the stars in the Milky Way galaxy was much less than the mass of the galaxy itself, we’ve known that much of the matter in the Universe is not visible to us.

As technology has improved, we’ve learned how to detect things hidden from visible-light telescopes, but we still can’t account for all the missing matter. We call this missing material “dark matter,” and current estimates say that a full 85 percent of the mass of the universe is made from dark matter. Most physicists now believe that dark matter is made of an as-yet-undiscovered particle.

A new way to seek out dark matter

John Beacom of Ohio State University has proposed an experiment to determine the characteristics of this particle. He wants to adapt the radar technology used to detect and measure meteors as they streak through the atmosphere, using it to look for similar streaks that could indicate a dark matter particle colliding with air molecules. This technique uses radar stations on the ground to detect and measure trails of ionization through the upper atmosphere.

When a meteoroid enters the Earth’s atmosphere, it rams through the air faster than the air itself can move out of the way. This causes the air in front of the meteor to compress and become so hot that it ionizes — individual air molecules collide with each other so hard that they lose electrons. Ionized air not only glows, but it is opaque to radio waves. This causes radar signals to reflect back to Earth, allowing meteors to be detected even during the day.

Theoretical physicists have calculated the physical characteristics that dark matter particles could possibly have. Unfortunately, since most of what we know about these particles is that they interact weakly with normal matter (we have so far only detected it by its gravitational influence), this leaves a wide range of possibilities.

Beacom points out that if dark matter particles fall within the larger, heavier end of the range of possibilities, then they would interact with “normal” matter more easily, although these interactions would still be rare.

If these particles are large, then traditional detectors on the ground might never see them because the particles are being absorbed by Earth’s atmosphere. But if this happens, then they should have enough energy to produce an ionization trail, similar to what we see with meteors. Meteor-detecting radar installations could therefore be adapted to also search for dark matter particles — essentially turning the entire Earth’s atmosphere into one giant particle detector.

The existence of dark matter was first predicted in 1884 by Lord Kelvin. He had calculated the mass of the Milky Way galaxy, based on the speed at which it rotates, and found that it must be significantly heavier than the combined visible stars. He theorized that most of the galaxy’s mass must be made of “dark” material — things that could not be seen with the telescopes of the time.

However, most scientists assumed this meant that there would be a lot of cold gas, dust, exoplanets, and other objects that do not shine with their own light. The phrase “dark matter” was first used to describe these things in a French paper in 1906.

Many other lines of evidence have appeared since then: Fritz Zwicky noticed in the 1930s that galaxies in the Coma cluster move as if the entire cluster was 400 times heavier than the total mass of all its visible members.

Early radio astronomers in the 1960s saw that spiral galaxies spin way too fast around their edges — they should simply fly apart unless there was an additional source of gravity to hold them together.

Vera Rubin, Kent Ford, and Ken Freeman made the same discovery shortly after, using newly improved spectrographs to measure the rotational curve of galaxies in visible light. And a series of deep cosmological observations in the 1980s detected gravitational lensing and anisotropies in the Cosmic Microwave Background Radiation (CMBR), adding to the evidence for the existence of dark matter.

It’s worth noting that nobody yet knows whether dark matter particles will actually produce these ionization trails. Detectors built using this technique may never see anything at all. But either result, detections or no detections, would be a good thing. One way or another, an experiment using this detection technique will answer the question: “Are dark matter particles large, heavy, and rare? Or are they small, light, and numerous?”

This article was originally published on Universe Today by ALLEN VERSFELD. Read the original article here.

Researchers from Ohio State University have come up with a novel method to detect dark matter based on existing meteor-detecting technology. Using ground-based radar to search for ionization trails, similar to those produced by meteors as they streak through the air, they hope to use the Earth’s atmosphere as a super-sized particle detector. The results…

Researchers from Ohio State University have come up with a novel method to detect dark matter based on existing meteor-detecting technology. Using ground-based radar to search for ionization trails, similar to those produced by meteors as they streak through the air, they hope to use the Earth’s atmosphere as a super-sized particle detector. The results…

4 important guidelines, according to a scientist and a vet