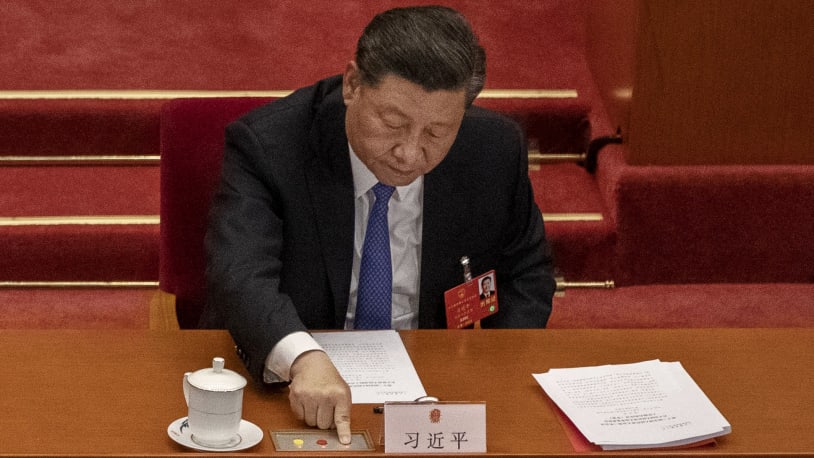 If China invades Taiwan | The Week

After decades of threats, is China preparing to attack and annex the island nation? Here’s everything you need to know:

Why would China invade?

China has long claimed sovereignty over Taiwan and aimed for reunification with the island nation of 24 million people, located just 110 miles across the Taiwan Strait. The two have been separate entities since the Chinese civil war in 1949, when Mao Zedong’s Red Army defeated the forces of Chinese nationalist Chiang Kai-shek, who fled to Taiwan and set up an authoritarian government there. After Chiang’s death in 1975, the island transitioned into a prosperous democracy; it is now led by President Tsai Ing-wen of the pro-independence Democratic Progressive Party, and the vast majority of the nation’s citizens do not want to come under Beijing’s repressive rule. But Chinese President Xi Jinping sees Taiwan as he did Hong Kong — a natural part of China stolen by pro-Western forces. To complete China’s “great rejuvenation” and become the world’s leading power, Xi believes, China must reclaim territory it lost in the 19th and 20th centuries. Experts believe Xi sees a window of opportunity to invade that might close if Taiwan succeeds in arming itself with major help from the U.S. “At some point, China will decide, ‘We have to do this,'” a Biden administration official told The New Yorker. “And they’ll just look for a casus belli.”

What are the warning signs?

As Xi strengthens his one-man grip on power, his rhetoric about “national unification” has taken on a more strident tone. China has recently ratcheted up military activity with increased patrols in the Taiwan Strait and intrusions into Taiwanese airspace. In the wake of House Speaker Nancy Pelosi’s (D-Calif.) visit to Taiwan last summer, China test-fired 11 ballistic missiles into waters surrounding the island and conducted a large-scale naval exercise to simulate a blockade and invasion. U.S. Admiral Philip Davidson, then head of Indo-Pacific Command, said last year China might invade Taiwan before 2027; Adm. Mike Gilday, the U.S. Navy’s chief of naval operations, argued that it could happen before 2024. In October, Secretary of State Antony Blinken warned that China no longer finds the current situation “acceptable” and is “determined to pursue reunification on a much faster timeline.” A month later, President Biden met with Xi in Indonesia and stressed the U.S.’s opposition to China’s threatening actions against Taiwan. Xi warned Biden “the Taiwan question is at the very core of China’s core interests.”

An invasion would likely start with Chinese cyber and missile attacks on military infrastructure. After that, China’s navy — which now rivals the U.S.’s in strength — would send an armada across the strait to mount a huge amphibious assault. The island’s geography would pose myriad problems for China’s People’s Liberation Army (PLA): Most of Taiwan’s shoreline is unsuitable for ships to dock and unload personnel and equipment, and a 245-mile-long mountain range from the nation’s northern tip to southern end would serve as a natural obstacle to invading troops. A less costly option would be for China to attempt a naval blockade, cutting the island off from food and energy imports. “In two weeks, Taiwan would start to go dark,” Richard Chen, Taiwan’s former deputy defense minister, told The New Yorker. “No electricity, no phones, no internet. And people would start to go hungry.” But a war would also likely lead the U.S. and other Western nations to cut off trade with China, which imports more food than any other country to feed its 1.4 billion people.

Is Taiwan prepared to defend itself?

No. Taiwan has about 200,000 active-duty soldiers, airmen, and sailors, compared with the PLA’s estimated 2 million. If necessary, Taiwan could call up its 400,000 reservists, but it lacks the weapons and infrastructure required to turn them into an effective fighting force. Taiwan is taking some steps to harden its defenses, though: The government approved $8 billion in emergency defense spending this year. It also purchased $14 billion of military hardware from the U.S., but it hasn’t been delivered yet because the war in Ukraine has left the U.S. with empty warehouses. For now, some civilians are taking matters into their own hands and learning basic civil defense. Robert Tsao, a Taiwanese billionaire, has dedicated over $30 million to a territorial defense program. “I don’t care if the government isn’t ready,” he said. “We have to act.”

Would the U.S. get involved?

Almost certainly. Biden has strongly implied that the U.S. would help defend the island against an attack. When U.S. military officers stage war games to act out the various scenarios of a Chinese invasion of Taiwan, they usually end badly for the U.S. In extreme scenarios, the U.S. attacks mainland China and China then attacks Hawaii and Alaska. In virtually all scenarios, a U.S.-China war over Taiwan would be devastating for both sides and the world. “A war would fundamentally change the character and complexion of global power,” said Matthew Pottinger, an Asia specialist at the Hoover Institution. “If Taiwan falls, we are in a different world, where the tide of authoritarianism becomes a flood.”

Taiwan manufactures about 70 percent of the global supply of advanced semiconductors — the chips that power smartphones, cars, and computers. Over the past two decades, the U.S. has spent about $300 billion on Taiwanese chips. Even China relies on them and lacks the expertise and infrastructure to produce its own. In the case of an occupation, China would need to force Taiwanese workers to operate the semiconductor factories, but without Western imports of raw materials and equipment, production would quickly cease. “A world without Taiwan is a world back to the Stone Age,” a semiconductor executive said. Combined with disruptions to shipping lanes in the Western Pacific, used by about one-third of the world’s sea traffic, this could spur a global economic crisis. A RAND Corporation study predicted that a yearlong war would cut the U.S.’s gross domestic product by 5 to 10 percent — but it would slash China’s by 25 to 35 percent.

After decades of threats, is China preparing to attack and annex the island nation? Here’s everything you need to know:  Why would China invade? China has long claimed sovereignty over Taiwan and aimed for reunification with the island nation of 24 million people, located just 110 miles across the Taiwan Strait. The two have been…

After decades of threats, is China preparing to attack and annex the island nation? Here’s everything you need to know:  Why would China invade? China has long claimed sovereignty over Taiwan and aimed for reunification with the island nation of 24 million people, located just 110 miles across the Taiwan Strait. The two have been…

Is plant-based meat a failure?