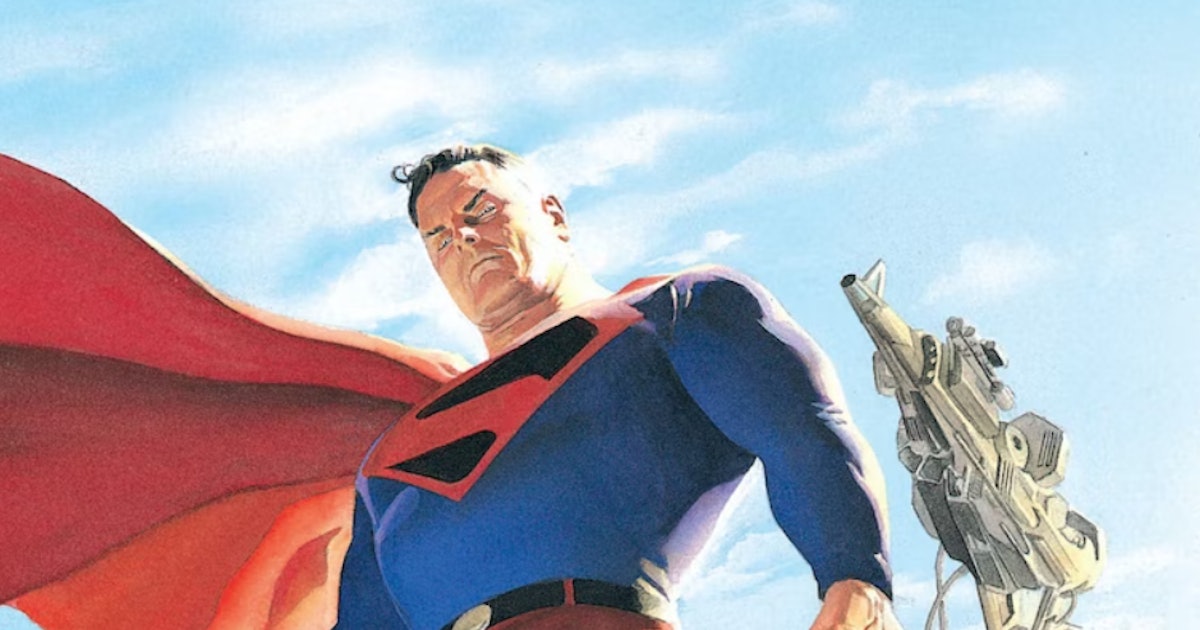 James Gunn’s plans for the DC Universe might be even bigger than we think.

While Gunn and his co-chair at DC Studios, Peter Safran, have only been on the job for one month, the pair already seem to have clear intentions about the distant future of the DC cinematic franchise. Those intentions might include an adaptation of the landmark DC comic book series, Kingdom Come.

On November 30, Gunn posted an illustration from Kingdom Come featuring Superman, surrounded by the Justice League, leaning over a table. “Making plans” is all Gunn had to say on Twitter and Instagram.

It’s an appropriate caption, as the illustration depicts Superman re-assembling the Justice League in their fight against the dangerous Magog.

Released in 1994, Kingdom Come is a landmark four-issue comic book series by writer Mark Waid and artist Alex Ross. The book doesn’t actually “star” the DC heroes, strictly speaking. Instead it follows a minister, Norman McCay, who’s guided into the DCU by the Spectre a la Dante and Virgil. Set in an alternate reality, this Earth in the DC multiverse sits at a turning point where the aging, “old fashioned” generation of superheroes — Superman, Batman, and Wonder Woman — fight a dangerous new generation of violent superheroes whose lethal actions do little to separate them from the villains.

Kingdom Come is a great Superman story, as an older, salt-and-pepper-haired Man of Steel returns to restore truth and justice. At the same time, Superman faces resentment from his fellow superheroes, who feel he abandoned them.

Whatever Gunn has planned, there’s a gravity to the fact Gunn is invoking Kingdom Come, which remains one of the best stories in DC’s library. It’s Ross and Waid’s treatise on superheroes, the DC Universe, and the ‘90s comic book industry, when cultural trends led to an influx of “edgy” amoral superheroes. Waid told ComicBook.com in 2016 that he wrote the book as a reaction to what he saw as worrying trends.

“A lot of what we were reacting to was the gestalt of the mid-90s in superhero comics. The idea that all of the new characters who were harsh and violent and beating up on each other without a real sense of humanity to them, that somehow those were more popular and more vital than what was perceived as the old fashioned bar. Your dad’s superheroes, Superman and Batman and Wonder Woman and those old fogies. That was really very much what we were reacting against.”

Kingdom Come’s legacy at DC is expansive. In 2019, the DC television special “Crisis on Infinite Earths” — named after another major DC title — saw Brandon Routh reprise his role as the hero of 2006’s Superman Returns. He wore Superman’s Kingdom Come costume, and he wasn’t the only one. Batman: The Animated Series star Kevin Conroy donned the mechanical bodysuit worn by Bruce Wayne in Kingdom Come during the same special.

At this point, the DC universe isn’t as expansive as Marvel’s. There also isn’t an influx of anti-heroes who have led the franchise astray. If anything, the DCU started with bleak interpretations of popular characters, making them feel alien.

But with the multiverse in play, it’s possible Gunn may be planning a standalone Kingdom Come adaptation. And, with some creative tweaking, it could serve as a reset button for the DC franchise. While Ezra Miller-led The Flash is also expected to “reset” the DCU, Miller’s legal issues have made promoting the 2023 movie troublesome for Warner Bros. Discovery.

The direction of the DC Universe is more uncertain than ever. While standalone projects like Matt Reeves’ The Batman spinoffs and Joker: Folie à Deux are proceeding, and DCU movies like Shazam! Fury of the Gods and Aquaman and the Lost Kingdom are both set to open in 2023, the broader slate is wide open.

One thing is certain: Henry Cavill is back as Superman. And, with his first appearance in 2013’s Man of Steel almost a decade old, Cavill is about the right age to play an older, more grizzled Superman who stands between the worlds of yesterday and the world of tomorrow. Hopefully he has a plan, because Gunn certainly does.

James Gunn’s plans for the DC Universe might be even bigger than we think. While Gunn and his co-chair at DC Studios, Peter Safran, have only been on the job for one month, the pair already seem to have clear intentions about the distant future of the DC cinematic franchise. Those intentions might include an…

James Gunn’s plans for the DC Universe might be even bigger than we think. While Gunn and his co-chair at DC Studios, Peter Safran, have only been on the job for one month, the pair already seem to have clear intentions about the distant future of the DC cinematic franchise. Those intentions might include an…

5 years ago, Netflix gambled on the wildest time-travel show ever — and struck gold