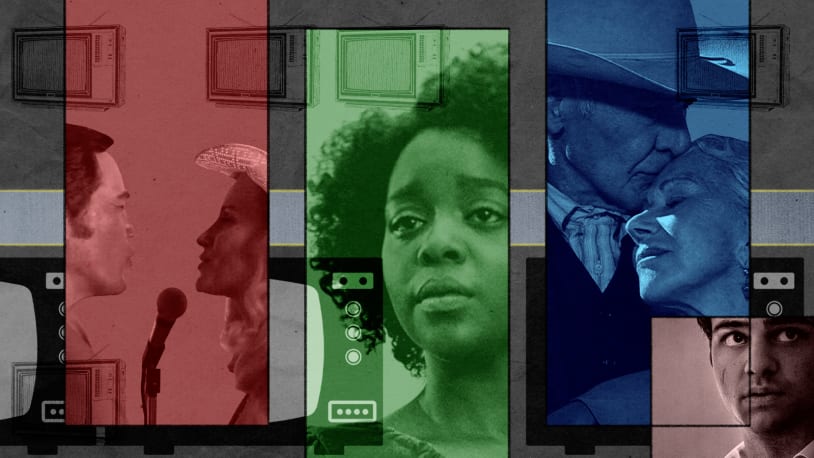 TV shows to watch in December, from National Treasure: Edge of History to 1923

There is a lot to look forward to on television in December, including a highly anticipated prequel starring Harrison Ford, a show based on a beloved Disney franchise, and a series that could win Jessica Chastain yet another award for playing someone named Tammy. Here’s a look at all the TV to watch in December:

Did Glass Onion whet your appetite for the mystery genre? Alfred Molina has got you covered. The actor, generally known in recent years for his supporting performances, will have a chance to be the lead in this new series debuting on Amazon Prime Video. Based on the novels by Louise Penny (of which there have been 18 at this point), Three Pines stars Molina as Chief Inspector Armand Gamache, who investigates a “series of perplexing murders” in the mysterious village of Three Pines, uncovering “the buried secrets of its eccentric residents” and the town itself, per Prime Video — and the show will explore “police failings to properly investigate cases of missing Indigenous women.” CNET described Three Pines as uneven overall but noted there’s “enough intrigue and heart to keep you waiting for the mystery to unravel by the end.” Rossif Sutherland, son of Donald Sutherland and half-brother of Kiefer, also stars, so he can presumably place a call to Jack Bauer if things get too out of hand.

Just how many Tammys does Jessica Chastain plan to play? The actress won an Oscar this year for her role as Tammy Faye in The Eyes of Tammy Faye, and she’s following it up by starring as another famous Tammy: Country singer Tammy Wynette, whom she’ll portray in Showtime’s George & Tammy. The network describes it as a limited series “chronicling country music’s king and queen” and their “wild and troubled love story.” Michael Shannon plays George Jones, Tammy’s third husband (of five), and we’ll see them perform a number of iconic tunes, with the trailer teasing Chastain singing “Stand By Your Man.” According to Vanity Fair, Chastain lost a “significant amount of weight” to portray Wynette while the singer suffers from health issues and a painkiller addiction at the end of her life. “I stopped eating,” Chastain told Vanity Fair. “I was drinking juices and I kept doing it until I looked sick.” The Television Academy might as well start engraving her name into that Emmy now.

Octavia E. Butler’s acclaimed 1979 novel Kindred is finally getting a screen adaptation courtesy of FX. Starring Mallori Johnson, the miniseries revolves around a young Black aspiring writer who relocates to Los Angeles. But she soon finds herself “being violently pulled back and forth in time” and ends up at a plantation in 1850, per FX. “An interracial romance threads through Dana’s past and present, and the clock is ticking as she struggles to confront secrets she never knew ran through her blood,” the plot synopsis adds. Branden Jacobs-Jenkins, a producer on HBO’s Watchmen, serves as showrunner, and Darren Aronofsky (The Wrestler) is an executive producer. Speaking with Entertainment Weekly, Jacobs-Jenkins noted that since the book was published 40 years ago, this adaptation will be about “refreshing the themes” and expanding on them, keeping in mind the “rich evolution of social thought since.” All episodes hit Hulu on Dec. 13 — though no time travel plot could be as confusing as trying to discern the difference between “FX” and “FX on Hulu.”

We’ve got good news and bad news for National Treasure fans. The good news? Disney is finally reviving the franchise 15 years after the second film, Book of Secrets. The bad news? Nicolas Cage isn’t involved — at least, not yet. Instead, this new Disney+ series turns focus to a younger cast led by Lisette Alexis as Jess Valenzuela, a young DREAMer who follows a “series of clues hidden in American artifacts and landmarks” after an “enigmatic stranger gives her a clue to a centuries-old treasure that might be connected to her long-dead father,” per Disney’s plot synopsis. But while the series may be Cage-free, it is connected to the movies. Harvey Keitel returns as his character from the films, FBI agent Peter Sadusky, and Justin Bartha is back as Riley Poole. Catherine Zeta-Jones also stars as a new character. If the show is a hit, perhaps that could inspire Disney to get moving on a long-awaited National Treasure 3 starring Cage, and producer Jerry Bruckenheimer has confirmed a script has been written. Get ready to find out what treasure map has been hidden inside James Madison’s flute.

Netflix is clearly interested in remaining in the Noah Centineo business. The star of the streamer’s To All the Boys I’ve Loved Before series leads its new thriller, The Recruit, in which Centineo goes from playing a high school crush to a 24-year-old rookie CIA lawyer. Centineo’s character, Owen Hendricks, “stumbles headlong into the dangerous world of international espionage when a former asset threatens to expose agency secrets,” per Netflix. Showrunner Alexi Hawley told Netflix’s Tudum that focusing on a young kid just out of law school, rather than a “veteran operative” like Jason Bourne or James Bond, was an attempt to “find a fresh way into ” the spy genre — so think of him as Jason Born … Yesterday. Doug Liman, director of The Bourne Identity, helmed the first two episodes and serves as an executive producer. The rest of the cast includes Laura Haddock and Aarti Mann, and Centineo himself is also producing. The trailer makes it look like a fun watch, which should remind you quite a bit of many spy thrillers you’ve loved before.

The Marvel Cinematic Universe will soon have nothing on the Yellowstone Expanded Universe. 1923, arriving on Paramount+ in December, is the second spinoff of the massively popular Western series Yellowstone, with the first being last year’s 1883. Jumping forward a few decades, this one revolves around another generation of Duttons “as they explore the early 20th century in the mountain west,” per Paramount. The show was once again created by Taylor Sheridan, but the real hook this time might be the impeccable cast, as the two main stars are Helen Mirren and Harrison Ford. Ford plays Jacob Dutton, while Mirren plays his wife, Cara Dutton. It’s the Han Solo actor’s first main role in a television show of his career, and his first non-documentary TV role of any kind since appearing on The Young Indiana Jones Chronicles in the 1990s. A third Yellowstone spinoff is already in the works called 6666, which is about the Four Sixes Ranch and not, sadly, about the Duttons facing off against the devil.

Will The Witcher still work without Henry Cavill? Well, he’s been recast for the fourth season, so Netflix better hope so — and the upcoming spinoff could serve as a test. The Witcher: Blood Origin is a prequel set 1,200 years before the original fantasy series that revolves around a monster hunter called a Witcher. It’s set to chronicle the creation of the “first prototype Witcher” and “the events that led to the pivotal Conjunction of the Spheres, when the worlds of monsters, men, and elves merged to become one,” per Netflix. Coming off Everything Everywhere All at Once, Michelle Yeoh stars as Scian, the “last of a nomadic tribe of sword-elves,” Entertainment Weekly reports. Sophia Brown also plays warrior elf Éile, who becomes a traveling musician after leaving the Queensguard. The main Witcher series is still ongoing, and this has been pitched as a miniseries rather than something that would run in conjunction with the original show. Since it’s only four episodes, you can rest easy knowing that Netflix won’t draw it out — or abruptly lose the lead actor.

On top of these new shows worth checking out, a number of series are also returning for new seasons in December, including:

There is a lot to look forward to on television in December, including a highly anticipated prequel starring Harrison Ford, a show based on a beloved Disney franchise, and a series that could win Jessica Chastain yet another award for playing someone named Tammy. Here’s a look at all the TV to watch in December:  Three…

There is a lot to look forward to on television in December, including a highly anticipated prequel starring Harrison Ford, a show based on a beloved Disney franchise, and a series that could win Jessica Chastain yet another award for playing someone named Tammy. Here’s a look at all the TV to watch in December:  Three…

Al Roker returns to hospital due to blood clot ‘complications’