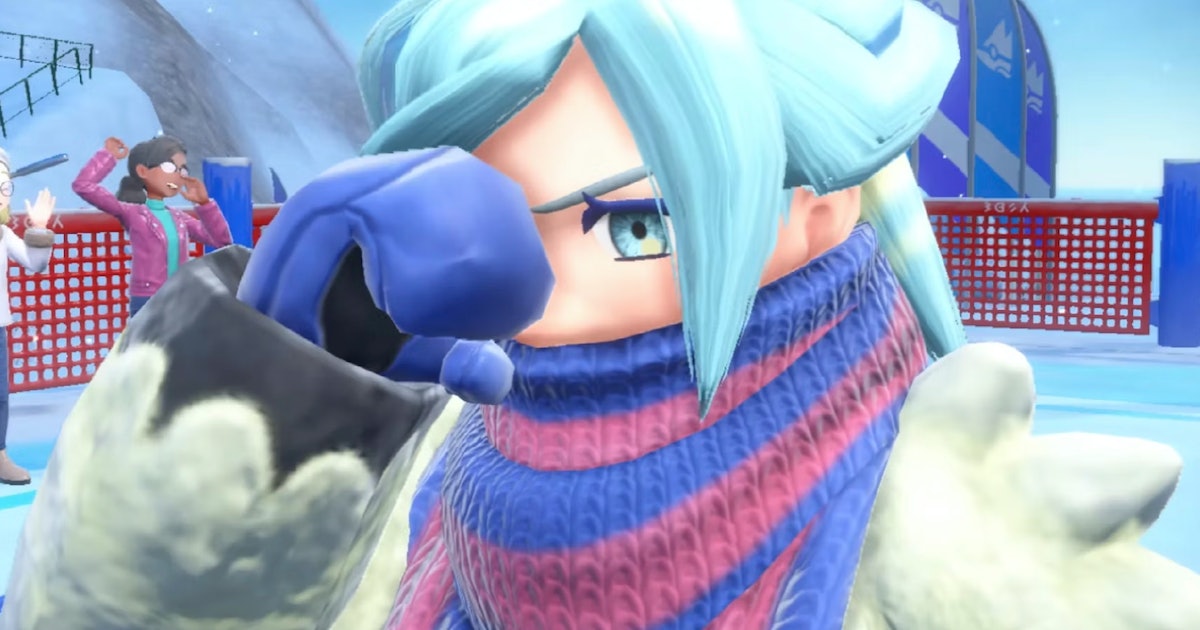 The next Pokémon game desperately needs to break the silence

Pokémon Scarlet and Violet are known as the series’ first step into the open-world genre. It also should be known for its moving dialogues. Except it’s not. These games have the series’ most intriguing stories in ages because of how they tackle relatable topics like bullying instead of randomly fighting crime syndicates. Still, I couldn’t help feeling that something was missing with its silent cutscenes. Text and music can only emote so much. They can’t replace the power of a voice in certain circumstances. The same line can sound enthusiastic, sad, or sarcastic just based on how an actor says it.

A voice can help a character feel like a real person instead of just a pixelated creation — and I’m not the only one who’s noticed that Pokémon really needs to get voice acting.

One Pokémon Scarlet and Violet voice acting project went viral on Twitter after receiving tons of engagement and comments either praising the voiced cutscenes or arguing about them. In the project, voice actor Joe Goffeney and his friends voiced examples of what the game could sound like if Nintendo hired actors to fill the silence. Warning: It includes spoilers for late-game, which includes scenes with some pretty emotional content.

One commenter honed in on a moment between the player and their rival Nemona at the end of the game that they thought could’ve been improved with voice acting like in the video.

“This scene was beautifully animated with the level of detail they gave her expressions,” they wrote. “Not often do I say that for many games, especially Pokémon. But without [voice acting], this scene felt uncannily barren. It’s like they made a 5-star cake but forgot the decorations to make it only 3-star.”

It’s hard to pinpoint the exact problem with a voiceless game. Pokémon wasn’t expected to have voice acting when the series first launched and the discussion has only emerged with the most recent games. Some games, like the original Final Fantasy VII, have moved players to tears with just text. One person theorized that the demand for voice acting could stem from an uncanny valley created between the moving mouths of the 3D models and sound that should be there if the characters are actually talking, but that’s just one theory.

Pokémon is the world’s biggest franchise in an era where technology has advanced enough that voices in games are increasingly more common. In short, the reasons why it shouldn’t have voice acting are running low.

Some argued that Nintendo’s other protagonists like Link and Byleth didn’t have voices either, so Pokémon doesn’t need them. However, their voicelessness seems to stem from different reasons. In an interview with GamesMaster (as per Nintendo Everything), producer Eiji Aonuma once said that Link has stayed mute throughout the series because it’s a “precious part of the individuality of his character.” Plus, the side characters in The Legend of Zelda and Fire Emblem have voices even if the protagonists don’t, which debunks any theories that Nintendo somehow can’t afford to have voice actors for Pokémon.

Others worried that adding voice acting could complicate development even further, especially considering the widespread glitches in Pokémon Scarlet and Violet. Or, even worse, that voice actors would need to deal with unrealistically high standards to meet demands.

“You do realize that a fully VA’d mainline Pokémon would take massively longer to make, be far, far more expensive to produce and have an absurdly higher file size, correct?” one user wrote.

Those who supported the voice acting idea weren’t convinced that this was a valid argument. After all, Nintendo is already a highly profitable company and could’ve chosen to release Pokémon Scarlet and Violet in 2023 instead of rushing to finish it before the holiday season. Nintendo has since promised to patch some of the performance issues in the game without a clear timeline of when to expect them or what exactly would be fixed.

Pokémon Scarlet and Violet are known as the series’ first step into the open-world genre. It also should be known for its moving dialogues. Except it’s not. These games have the series’ most intriguing stories in ages because of how they tackle relatable topics like bullying instead of randomly fighting crime syndicates. Still, I couldn’t…

Pokémon Scarlet and Violet are known as the series’ first step into the open-world genre. It also should be known for its moving dialogues. Except it’s not. These games have the series’ most intriguing stories in ages because of how they tackle relatable topics like bullying instead of randomly fighting crime syndicates. Still, I couldn’t…