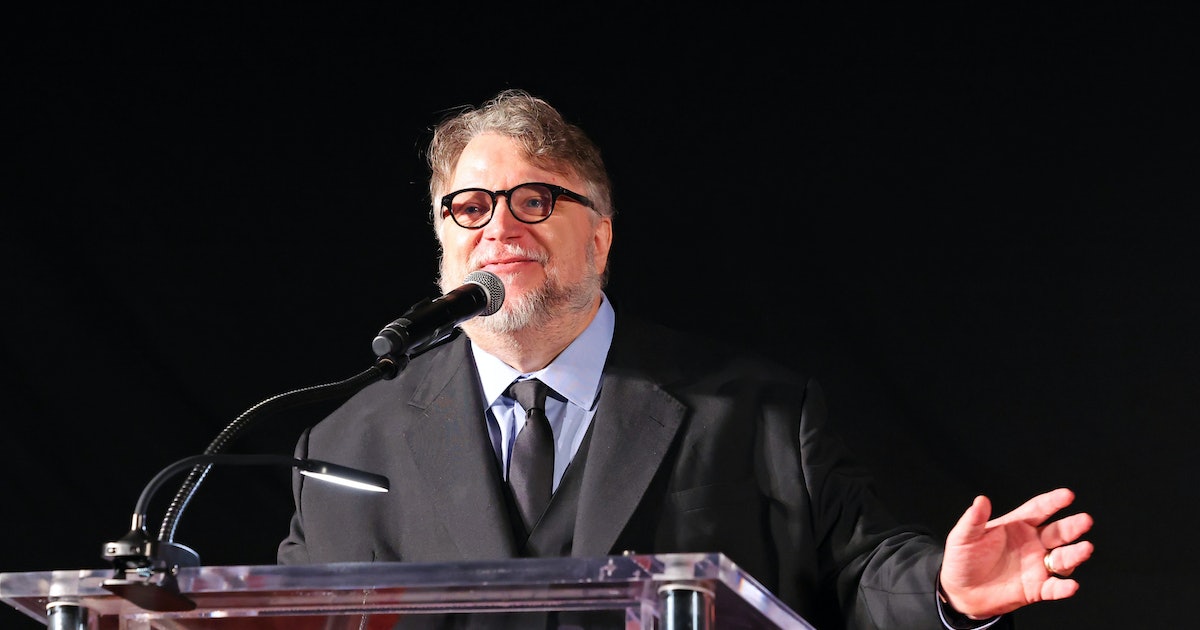 5 years ago, Guillermo del Toro turned his love of cinema into a sci-fi masterpiece

If there’s one thing Hollywood loves, it’s a film that celebrates the power of movies. The success of films like La La Land, Singin’ in the Rain, The Artist, and countless others is proof enough of that fact. However, while audiences have seen more than their fair share of movies about movies over the years, that doesn’t mean all of them have been as rousing as their very meta subgenre suggests.

Some filmmakers have, to their credit, managed to explore the power of movies on-screen by depicting the ways in which they can be used to tell physical stories that defy the very laws of reality. In both Once Upon a Time in Hollywood and Inglourious Basterds, Quentin Tarantino even relishes in how cinema can allow him to not only kill Adolf Hitler and the murderous members of the Manson Family, but also show audiences their fictionalized deaths in brutal, graphic detail.

Guillermo del Toro did something similar when he made The Shape of Water. The Oscar-winning 2017 film saw del Toro direct and co-write a movie in which a mute woman who literally lives above a movie palace falls in love with a monster who looks like he could have walked off the set of Creature From the Black Lagoon. In doing so, del Toro told a love story that combines the very gothic romance with creature-feature genres that have long appealed to him in a glorious twist on Beauty and the Beast.

As is often the case with films that win the Academy Award for Best Picture, The Shape of Water has often been unfairly maligned by both film critics and del Toro fans alike. However, while it may not be as well-remembered as Dunkirk, Phantom Thread, Get Out, or many of the films it competed with, that doesn’t mean The Shape of Water’s merits should be forgotten or minimized.

On its surface, the film’s fairytale-esque plot of forbidden, fantastical love may make it seem, initially at least, like a fairly safe addition to del Toro’s filmography. The Shape of Water’s opening images, which explore a sunken, underwater home and reveal the woman, Elisa Esposito (Sally Hawkins), sleeping weightlessly within it, only further reinforce the film’s fairytale-inspired touches. But where The Shape of Water finds its power and weight isn’t in how it crafts its own fairytale, but in how it twists well-known cinematic iconography to create a piece of art that both celebrates and modernizes the history of movies.

Look, for instance, at the design of Elisa’s apartment, which is covered in shadows and green light and marred by its own dusty, cracked walls. In most movies, Elisa’s apartment would be depicted as a place that’s meant to be escaped, but in The Shape of Water, it’s a sanctuary where dreams are allowed to come alive. Compare that to the way del Toro presents the familiar, suburban 1950s home of The Shape of Water’s villain, Richard Strickland (Michael Shannon), as a place of rampant emotional toxicity.

In both instances, del Toro subverts viewers’ expectations by using their familiarity with certain cinematic images, designs, and styles against them. As a result, The Shape of Water is able to bring the worlds of movie monsters and outcasts to life in a far more positive, loving light than they’re usually presented under. That’s something del Toro has repeatedly sought to do throughout his career, but he’s never done it quite as efficiently or lovingly as he does in The Shape of Water.

Images and clips from films of the past are scattered throughout The Shape of Water. From The Book of Ruth to The Little Colonel, del Toro’s gothic, fairytale romance is littered with visual allusions and references to cinema history.

The film’s opening sequence even establishes, through a series of well-executed crane shots, that both Elisa and her friend, Giles (Richard Jenkins), live above a movie theater. Elisa and Giles’ shared love of movies is subsequently expressed through a number of small, private moments, including one scene in which Hawkins’ Elisa happily attempts to recreate part of a tap dance routine from The Little Colonel.

The film’s most exuberant nod to cinema history comes near the end of its second act, though, when Elisa briefly imagines herself and The Amphibian Man (Doug Jones) as the kind of couple she’s seen on-screen before. In this brief moment, The Shape of Water abandons the laws of its already fantastic world and allows Elisa to overcome her own muteness in order to sing a love song to the creature that has captured her heart. As she sings, Elisa imagines herself and The Amphibian Man sharing a black-and-white dance like they’re Fred Astaire and Ginger Rogers’ successors.

Even after Elisa’s vision fades, its power lingers because it’s the sequence in which del Toro’s love and hopes for cinema are at their brightest. Not only does the scene directly pull from some of the greatest musical numbers of Hollywood’s Golden Age, but it also gives del Toro a chance to carve out a place for his most unusual cinematic pairing in film history.

The same can be said for The Shape of Water as a whole, which celebrates the power of movies by both honoring what’s come before and by injecting its own maker’s decidedly unusual tastes into some of Hollywood’s most well-known formulas. The film is, in other words, a cinematic love letter that not only celebrates the past and the present but also expresses its hope for the future of the form.

The Shape of Water is available to stream now with ads on Amazon Prime.

If there’s one thing Hollywood loves, it’s a film that celebrates the power of movies. The success of films like La La Land, Singin’ in the Rain, The Artist, and countless others is proof enough of that fact. However, while audiences have seen more than their fair share of movies about movies over the years,…

If there’s one thing Hollywood loves, it’s a film that celebrates the power of movies. The success of films like La La Land, Singin’ in the Rain, The Artist, and countless others is proof enough of that fact. However, while audiences have seen more than their fair share of movies about movies over the years,…