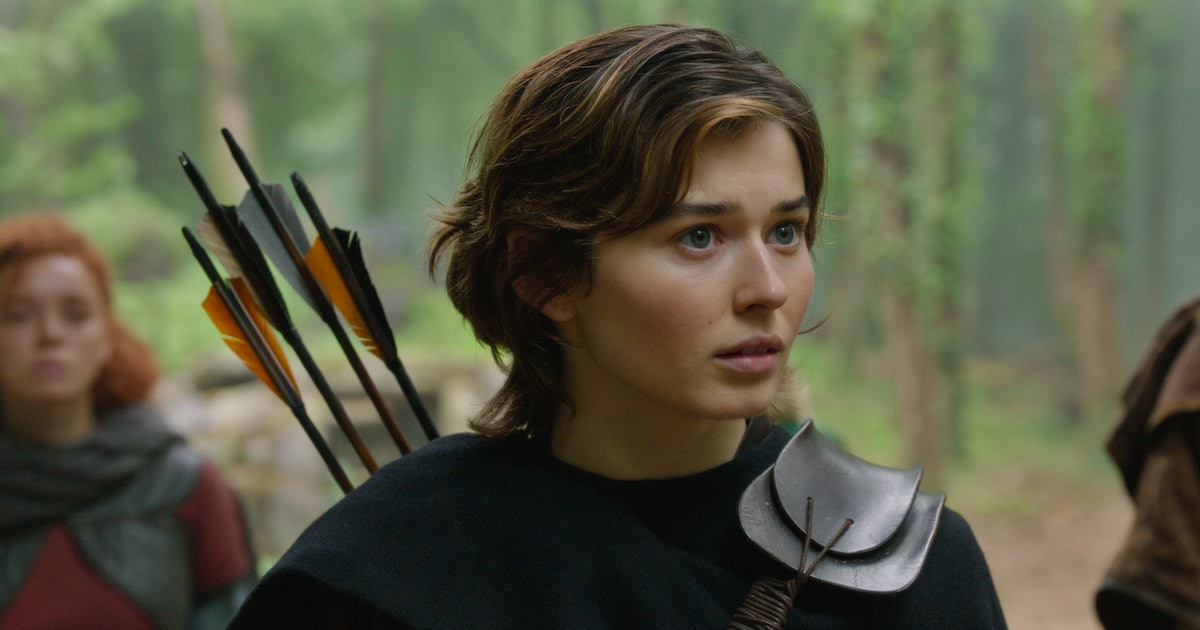 Willow’s LGBTQ+ relationship is part of its legacy, star says

If magic is the bloodstream of the universe, as the white-bearded High Aldwyn proclaims in Willow (1988), then perhaps the lifeblood of George Lucas’ Willow franchise is its longstanding commitment to diversity.

The story’s sorcery and spells aren’t what makes Willow the movie or the Disney+ televised adaptation stand tall against the tired family-friendly fantasy formula. J.R.R. Tolkien, J.K. Rowling, and Phillip Pullman do magic better than Lucas’ cult fairytale flick and its spinoff. But none of the aforementioned have had book-to-screen adaptations that have seemed as genuine in their commitment to good representation as Willow has for the past three decades.

And it isn’t just Willow’s casting that is “diverse” — actors of varied ages, races, genders, orientations, and sizes comprise both the movie and the show’s ensemble — but authenticity is baked into the narrative of the escapist, medieval, and mythical world of Willow. Disney+’s Willow is taking the progressive legacy launched by its feature predecessor, and taking it one step further with the very first on-screen openly lesbian relationship in Lucasfilm’s history.

Light spoilers ahead for Willow on Disney+

We’ll call this a “light spoiler” because the trailers for Willow — now streaming its first two episodes out of eight on Disney+ — kind of gave the show’s most exciting romance away with the bevy of sexually tense glances between Princess Kit (Ruby Cruz) and her knight in shining armor, Jade (Erin Kellyman). Not only is there a lesbian romance in Willow, but it is:

We won’t share anything more about Willow’s One True Pairing beyond that!

But, Inverse did chat with Warwick Davis, the OG Willow Ufgood, the best — and maybe the only — hope in all of the Mother World to defeat the forces of evil (again), and Jon Kasdan, executive producer and writer of Willow the series, about how the LGBTQ+ representation in Willow the series is a nod to its predecessor’s progressivism.

Willow’s dedication to DEI initiatives is woven into the franchise’s DNA. Indeed, Willow was written with Davis, a little person, specifically in mind, after Davis had charmed George Lucas, Ron Howard, and apparently the entire cast, of Star Wars: Episode VI – Return of the Jedi as the Ewok Wicket. Lucas and Howard wanted to give Davis his first opportunity to not only act with his face visible, but to make him the protagonist and the hero of the fantasy epic — an unheard of notion for actors with dwarfism at the time.

“I think it’s so important that art reflects what we see in the world,” Warwick tells Inverse, speaking on the show’s LGBTQ+ representation and its diverse cast. “You know, people with dwarfism are often not represented properly in film and in television. But we do see that in Willow [the movie and the series]. And we’d love to actually expand upon that if we do more seasons.”

As the big bucks and more opportunities rolled in for Davis post-Willow (he is, as of today, the highest grossing supporting actor of all time), he capitalized on his momentum to help other little people in Hollywood. In 1995, Davis co-founded with his father-in-law and actor Peter Burroughs, the talent agency Willow Management, which represents actors under five feet tall, and also actors over seven feet tall.

“People with dwarfism are real people who have real relationships, real worries, and real hopes and dreams. I think it’s so essential that art reflects the world, and diversity, in a very fair and correct manner,” Davis adds.

Kasdan, who worked with Davis on 2018’s Solo: A Star Wars Story and is currently penning the fifth Indiana Jones installment, echoed the star’s sentiments about building upon Willow’s legacy (and not stopping with Season 1).

“The decision to have an interracial LGBTQ+ relationship in Willow wasn’t made out of any desire to make a political statement, or even me feeling personally that the original was a story that was lacking diversity. It was something that felt [organic] to the story that we were telling. We wanted to have at our center this princess who’s torn between a relationship she doesn’t want to be in [Graydon, portrayed by Tony Revolori] and a best friend who she’s clearly developing feelings for.”

As Kasdan was searching for new ways to tell familiar stories, it made sense to him to make a romance between the two leading women and have their sexuality be an additional challenge that Kit faces as she’s trying to navigate her love life, her personal life, and her ambitious entanglements.

“It was certainly never intended to be anything more than the most engrossing version of the story,” Kasdan adds. “But what we hope is that the inclusion of this relationship is meaningful to people who haven’t felt that they have seen themselves in this way in the fantasy genre before.”

Diverse representation wasn’t the only element from the original film that was waved over with a wand and given a more modern touch. The ensemble cast was painstakingly selected so its chemistry could rival that of its source material, and while the playful banter and humor among the main characters does have a dash of Monty Python (which Willow the film was dripping in), it also has a sensibility that, as Kasdan put it, “makes the show sound like people you might know, or talk to, or somehow be on an adventure with.” Kasdan gave special shout-outs to not just Davis, Cruz, Kellyman, and Revolori, but also Ellie Bamber and Amar Chadha-Patel, for excelling in his vision for a Willow redux, that is neither a re-imagination nor a reboot, but a franchise revival.

“The movie had a gift for blending classical fantasy but giving you a very real and enjoyable world at the same time. There was something extremely modern and irreverent about Madmartigan (Val Kilmer) and the Brownies and the overall tone of the movie. We felt it was sort of incumbent upon us to do that again,” Kasdan says.

Davis, like Kasdan, hopes that Willow fans old and new will take note that while this is something fresh, different, and exciting, it still retains the beating, spellbinding heart of the ‘80s cult fairytale flick.

“When we made the show, we didn’t look around at the landscape and what others were doing and say, ‘well we want to make something different,” Davis affirms. “We made the show that we felt was as true to its original as it could be. I hope people will enjoy spending eight episodes with these characters and have a lot of fun. I hope they’ll say they want to see more.”

If magic is the bloodstream of the universe, as the white-bearded High Aldwyn proclaims in Willow (1988), then perhaps the lifeblood of George Lucas’ Willow franchise is its longstanding commitment to diversity. The story’s sorcery and spells aren’t what makes Willow the movie or the Disney+ televised adaptation stand tall against the tired family-friendly fantasy…

If magic is the bloodstream of the universe, as the white-bearded High Aldwyn proclaims in Willow (1988), then perhaps the lifeblood of George Lucas’ Willow franchise is its longstanding commitment to diversity. The story’s sorcery and spells aren’t what makes Willow the movie or the Disney+ televised adaptation stand tall against the tired family-friendly fantasy…

Is Val Kilmer in new Willow? Here’s how it could still happen