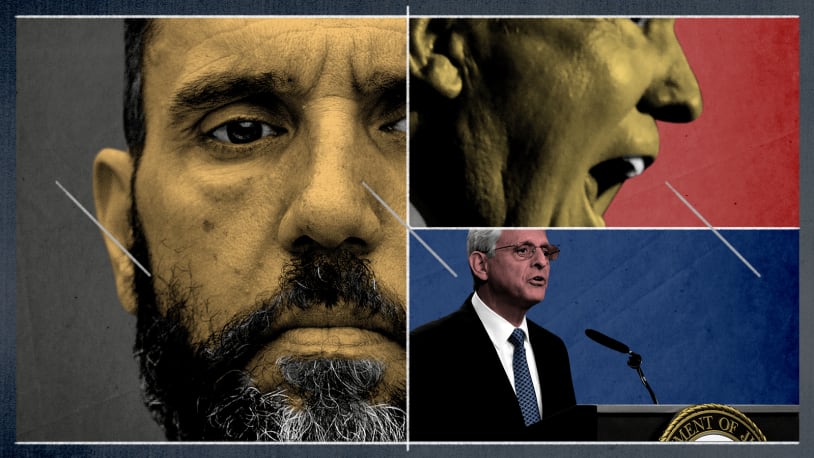 Why did Merrick Garland appoint a special counsel to investigate Trump?

In the wake of former President Donald Trump’s announcement that he will seek the presidency again in 2024, Attorney General Merrick Garland announced on Nov. 18 the appointment of a special counsel to head the Department of Justice investigations into the 45th president.

Jack Smith, a veteran DOJ attorney and international lawyer, was tapped to lead two probes into Trump’s alleged wrongdoings, and there is no set date for when he will finish that work. Here’s everything you need to know about the special counsel, the investigations, and what’s likely to happen next:

What is a special counsel?

A special counsel, previously known as a “special prosecutor” and an “independent counsel,” can be appointed by the president or the attorney general when a case presents a possible conflict of interest for the DOJ. That was why, for example, Attorney General Janet Reno appointed a special counsel in 1994 to investigate President Bill Clinton’s Whitewater real estate scandal — at Clinton’s behest. Clinton apparently believed that only an independent investigation could credibly clear his name in the matter. That special counsel, Robert Fiske, was subsequently ousted by a three-judge panel that appointed Kenneth Starr, whose investigation ultimately veered far away from Whitewater and led to the Monica Lewinsky scandal.

Of course, the Department of Justice is supposed to have more or less complete autonomy from the president, but especially after Trump himself incessantly demanded that his attorneys general prosecute specific individuals and fulminated nearly every day about the injustice of the Robert Mueller probe, public confidence in the independence and integrity of the DOJ is surely lower than it once was. That desire to reinvigorate the DOJ’s reputation ultimately is why Garland tapped veteran Justice attorney Jack Smith, the former head of the public integrity section of the Department of Justice, as special counsel.

Trump forced Garland’s hand with the launch of his 2024 presidential campaign one week after the midterm elections — or at least that’s how Garland sees it. “Based on recent developments, including the former president’s announcement that he is a candidate for president in the next election,” Garland said, “and the sitting president’s stated intention to be a candidate as well, I have concluded that it is in the public interest to appoint a special counsel.”

How did everyone take the news?

A Trump nomination by GOP primary voters will make 2024 the third consecutive presidential election cycle in the United States with either one or both of the two major-party nominees under some kind of significant federal investigation. Regardless of the merits of the probes, it is hard to make the case that this is a positive trend for American democracy. If Trump is to be charged with a crime, Garland surely wants to be able to say that the process was above-the-board and, importantly, not led by someone appointed by Biden himself — Trump’s chief rival for governing the country.

The appointment of a special counsel drew ire from both left and right. Critics of Garland who believe that his investigations of Trump are moving at a snail’s pace are convinced that this new investigation will end the same way Mueller’s did: with a whimper that resulted in the highest-profile potential wrongdoers skating, particularly Trump. “This is giving Trump exactly what he hoped for by announcing so early, it’s cowardly, and it could backfire spectacularly,” said Slate‘s Jeremy Stahl.

Conservative analysts immediately concluded that the whole thing is a charade and that the outcome is not in doubt anyway: Democrats have been trying to nail Trump for seven years, and they won’t quit until they get it done. Conservative commentator Andrew McCarthy wrote for the National Review that the appointment of a special counsel is designed to produce “a deceptive appearance of prosecutorial independence from politics” and that Garland will need to appoint a special counsel to investigate President Biden’s troubled son Hunter and his alleged overseas influence peddling.

What will the special counsel be doing?

Special Counsel Smith has been tasked with pursuing two investigations of Trump. One is the former president’s role in the effort to overturn the 2020 presidential election, culminating in the Jan. 6, 2021 insurrection at the U.S. Capitol that interrupted the counting of the electoral votes. The other is about the classified or improperly stored presidential documents seized at Trump’s Mar-a-Lago estate in Florida this summer. After his appointment, Smith released a statement that said, “I will exercise independent judgment and will move the investigations forward expeditiously and thoroughly to whatever outcome the facts and the law dictate.”

Smith is, in theory, an independent operator insulated from political pressure. But he still serves at Garland’s discretion, and can be fired “for good cause.” Smith’s writ is larger than that of Robert Mueller, appointed by Deputy Attorney General Rod Rosenstein to investigate then-President Trump’s involvement in Russia’s 2016 election meddling. Mueller’s report on Russian interference in the 2016 election was effectively DOA by the time it arrived on then-Attorney General William Barr’s desk in 2019. Barr even took the extraordinary step of misrepresenting the report’s findings for the media prior to its full release. Don’t expect Garland to do anything like that.

In fact, it is extraordinarily unlikely that the attorney general will interfere with Smith’s work at all. The new special counsel has broad authority to lead the investigations and any prosecutions that stem from them, and need only provide explanations to the attorney general for decisions that are made. After all, if Garland wanted to put a hand on the scale, what would have been the point of this whole exercise anyway? As law professors Bruce Green and Rebecca Roiphe argue, “The effective and impartial administration of justice rests on a healthy distance between the president and prosecuting attorneys.” The special counsel is Garland’s effort to create that healthy distance, and short of gross incompetence from Smith, he is likely to maintain it.

In the wake of former President Donald Trump’s announcement that he will seek the presidency again in 2024, Attorney General Merrick Garland announced on Nov. 18 the appointment of a special counsel to head the Department of Justice investigations into the 45th president. Jack Smith, a veteran DOJ attorney and international lawyer, was tapped to…

In the wake of former President Donald Trump’s announcement that he will seek the presidency again in 2024, Attorney General Merrick Garland announced on Nov. 18 the appointment of a special counsel to head the Department of Justice investigations into the 45th president. Jack Smith, a veteran DOJ attorney and international lawyer, was tapped to…

The international problem of modern slavery

Movies to watch in December, from Avatar: The Way of Water to Babylon