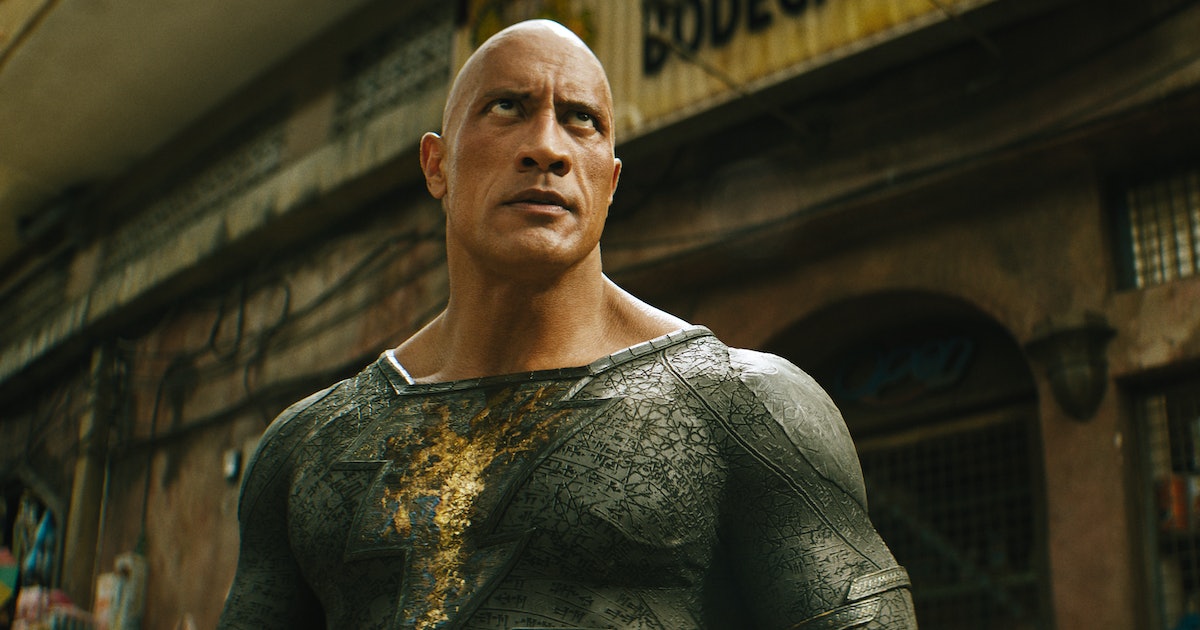 James Gunn is making sure it’s all connected.

Since November 1, filmmaker James Gunn has held the reigns of DC’s ongoing film and television productions. He splits duties with longtime producing partner Peter Safran, with Gunn managing the creative side of adapting DC’s comics and Safran managing business and production.

Being this early in the game, it’s hard to say for sure what Gunn has planned for this new era of the DC cinematic universe. But now, Gunn has made the big picture of his plans publicly known — and it will undoubtedly shape the current and future fate of the DC Universe.

On November 27, Gunn made a compelling declaration about his new reign over DC Studios — in a rather casual way.

On Twitter, a fan simply asked the new co-chair of DC Studios if there are plans by Gunn and Safran to “give more DC character [sic]” their own TV shows to “add to the story for the DCEU.” Gunn’s reply was an emphatic yes, and then some.

“Yes, most definitely,” Gunn responded, “the DCU will be connected across film and TV (and animation).” Gunn did not elaborate much further, although he did mention he will also write and direct a few DC projects and Booster Gold happens to be the “MOST requested” character for a movie.

Although a cross-media superhero shared universe is not so ambitious in 2022 — and not that new even for DC — it is interesting how and especially when Gunn is making his intentions known.

Besides the extremely casual nature that is Twitter (which is on its deathbed, any day now), Gunn is outright confirming something critical about the future of DC at a time when that future is the most uncertain it’s ever been.

Pre-Gunn and Safran, DC’s cinematic and television efforts have been disparate and only loosely connected. Tapping into the freedom (and complexity) that is the multiverse, DC’s numerous productions — from shows like Arrow, The Flash, and Doom Patrol, to movies like Wonder Woman, Joker, and The Batman — have taken place in different canons. If you weren’t already a fan, making sense of how it all maps out is overwhelming. Almost nothing crosses from film to TV either, save for Peacemaker and that one meeting of two Flashes that one time.

But now, Gunn is making sure things will be a unified whole. It’s already known that future productions that spin from the 2019 hit Joker (like the sequel Joker: Folie à Deux) and this year’s The Batman will not proceed under the creative supervision of James Gunn. But anything else from the DCEU will be Gunn’s to handle. That includes new seasons of Peacemaker (which Gunn created as a spin-off to his own film, The Suicide Squad) to sequels starring Aquaman, Wonder Woman, Shazam, and more. And now, it’s even more possible for these characters to show up in these different projects.

But will Gunn’s DC encompass everything? Does Gunn have the power to make sure all the toys in DC’s toy box can collide?

Gunn’s comments on the future of DC comes just days after Black Adam star and producer Dwayne Johnson said something interesting of his own. In a November 23 video posted on his social media, Dwayne Johnson talked about recruiting Henry Cavill back in the role of Superman for the DC franchise. Johnson confirmed what producing partner Hiram Garcia already told Inverse during the release of Black Adam: Warner Bros. did not want Cavill back as Superman.

“This has been years in the making regarding bringing Henry Cavill back and years of strategic conversations and we were not going to take no for an answer,” Johnson said in his video. “There was no way … no viable logical way that you can attempt to build out the DC Universe without the most powerful force and the greatest superhero of all time sitting on the sidelines. It’s impossible to do.”

Dwayne Johnson moved mountains bigger than his shoulder muscles to get Cavill back as Superman, and is clearly invested in a cinematic showdown featuring the characters. But is such a thing in the cards for someone like James Gunn? While the idea sounds irresistible on paper, it remains to be known if Gunn is actually creatively aligned with Johnson over the direction of Black Adam in the DC franchise.

While Johnson likely won’t have a say about a Booster Gold movie, Johnson absolutely has a vise grip on Black Adam. But so does James Gunn, ostensibly. Gunn has inexplicably not made any mention of Black Adam on his social media. The movie has done modestly well at the box office — its worldwide gross is currently north of $378 million — which is theoretically something worth cheering for as the new head of a comic book movie studio.

Like Black Adam and Superman, the meeting of Dwayne Johnson and James Gunn — if such a thing hasn’t happened already — is sure to be a meeting of Hollywood titans. Whether their meetings end peacefully, or if peace was ever an option, is unclear for now. But maybe it’ll be apparent if and when Black Adam is still the most powerful force in James Gunn’s new DC Universe, or crushed completely under the might of someone more powerful.

James Gunn is making sure it’s all connected. Since November 1, filmmaker James Gunn has held the reigns of DC’s ongoing film and television productions. He splits duties with longtime producing partner Peter Safran, with Gunn managing the creative side of adapting DC’s comics and Safran managing business and production. Being this early in the…

James Gunn is making sure it’s all connected. Since November 1, filmmaker James Gunn has held the reigns of DC’s ongoing film and television productions. He splits duties with longtime producing partner Peter Safran, with Gunn managing the creative side of adapting DC’s comics and Safran managing business and production. Being this early in the…

Tony Gilroy reveals a huge time jump — and who survives it