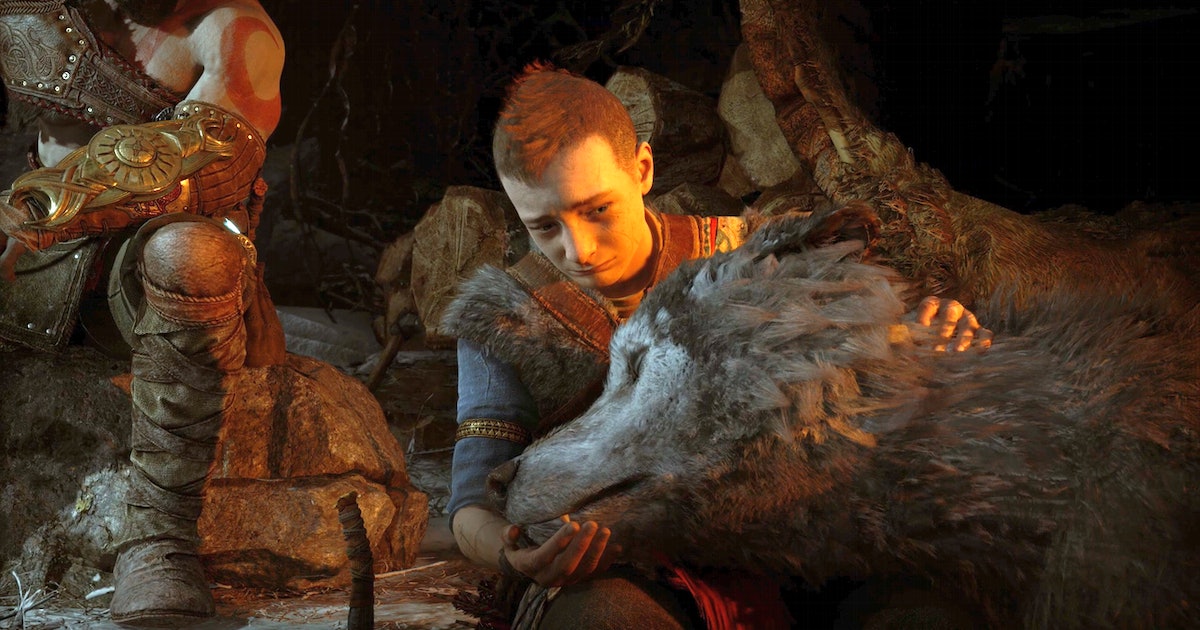 Director reveals why “the family dog” had to die

Kratos and Atreus’s Norse story ends with God of War Ragnarok. This was decided early on by Santa Monica Studios’ Cory Barlog and Eric Williams, directors of God of War (2018) and Ragnarok respectively. In passing the director’s chair over to Williams, Barlog had a list of story beats that had to happen to make the epic conclusion work. The most surprising item on Barlog’s list was that “the family dog” had to die in Ragnarok — but this didn’t refer to Atreus’s beloved wolf Fenrir.

Warning: major late-game spoilers for God of War Ragnarok ahead.

Does the dog die? Yes — Discussing Ragnarok’s development on IGN’s PlayStation-focused Podcast Beyond, game director Eric Williams revealed that when taking over Kratos’s story from Cory Barol, he was told that three things must happen, “Ragnarok’s going to happen, the kid’s got to leave, and Brok’s got to die.” When Barlog questioned if Williams understood why Brok needed to die, Ragnarok’s director assured Barlog he did, saying that Brok was “the family dog.”

As important plot points go in God of War Ragnarok, a sprawling story on a grand scale, the death of a comic-relief, supporting character like Brok might seem unimportant. One might expect Barlog to reveal a grand plan about how a final confrontation with Odin might play out or insights into Kratos’s relationship with his late wife Faye. But in Barlog’s mind, the death of Brok was as important to the conclusion of the Norse saga as Atreus’s final fate.

Williams stuck to Barlog’s list of three things, all of which do play out in Ragnarok. In a shocking moment of betrayal in the late game, the docile pacifist Tyr fatally stabs Brok. It is revealed that Tyr has been Odin in disguise up to this point.

Learning from tragedy — Brok and his brother Sindri’s purpose in God of War (2018) is primarily mechanical. They are the characters through which Kratos is able to upgrade weapons and armor. This is narratively explained as the brothers being two dwarven blacksmiths known for their craftwork, but they have very little narrative importance. They are NPCs whose purpose within the game is to allow Kratos to grow stronger. Their humor and limited interactions beyond that are just set dressing.

Ragnarok gives Brok and Sindri narrative importance in addition to their established mechanical purpose. From the outset of Ragnarok, Brok and Sindri give Kratos and Atreus a safe haven, their home in the branches of the world tree acting as a home base. This leads to many more interactions beyond a system menu. Sindri is essential in helping Atreus pursue his personal goals during the events of the game.

Sadly, for Brok, this narrative importance relies on his death.

The world of God of War Ragnarok is filled with death at every turn. Unsurprisingly, much of it is at the hands of Kratos, but this entry also sees Atreus take the lives of many. The death of Brok is the closest death to Kratos and Atreus, and one that is a direct result of their actions. And Sindri clearly blames both father and son for the death of his brother.

This moment stops Atreus in his tracks. For the majority of Ragnarok, he has been relentlessly pursuing his goal of taking the fight to Odin. This is a bloodthirsty mission that Kratos tries to hold him back from. But in his blind pursuit of this mission, Atreus becomes responsible in part for Brok’s death. Unlike the death of Baldur in the previous game, which is an act of self-defense, this death that Atreus helped to cause makes him reckon with the consequences of his actions.

This informs how Atreus acts at the conclusion of the game and helps him join the identities of Loki and Atreus beyond the confines of any prophecy or expectations from those around him. He shows restraint in the end as well as the ability to consider and live with his actions.

The death of a pet is often the first time a child faces the truth of how finite life is, it changes them. For Atreus the death of Brok changes him, making him into his own person. No longer just “Boy.”

God of War Ragnarok is out now on PS4 and PS5.

Kratos and Atreus’s Norse story ends with God of War Ragnarok. This was decided early on by Santa Monica Studios’ Cory Barlog and Eric Williams, directors of God of War (2018) and Ragnarok respectively. In passing the director’s chair over to Williams, Barlog had a list of story beats that had to happen to make…

Kratos and Atreus’s Norse story ends with God of War Ragnarok. This was decided early on by Santa Monica Studios’ Cory Barlog and Eric Williams, directors of God of War (2018) and Ragnarok respectively. In passing the director’s chair over to Williams, Barlog had a list of story beats that had to happen to make…