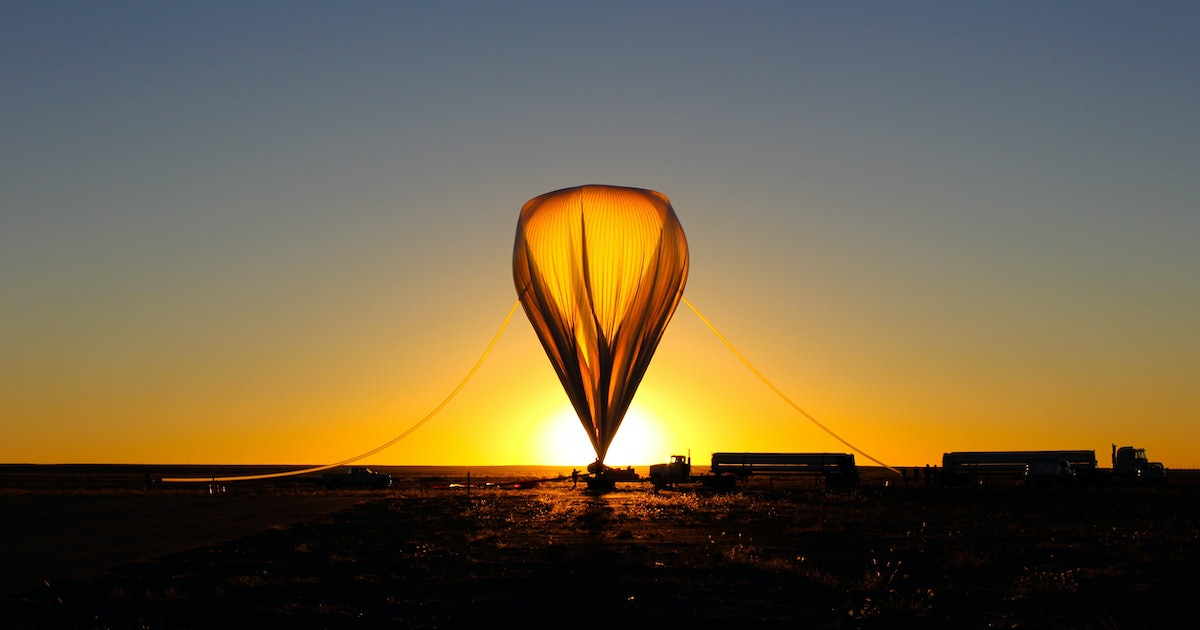 This 239-year-old technology could revolutionize astronomy

NASA’s Balloon Program Analysis Group recently presented a roadmap to NASA to guide them on how to plan and fund future balloon astronomy programs. Balloons have been used for over a century to conduct physics experiments, astronomical observations, and Earth-observing work, but remain relatively unknown to the general public. Balloon astronomy shares many advantages with space telescopes, but at a fraction of the cost.

The first modern balloon-based scientific experiment was in 1912 when Austrian physicist Victor Hess lifted 3 electroscopes to an altitude of over 17,000 feet (although meteorologists had been using balloons to measure air temperature at different altitudes as far back as the late 19th century).

Hess was trying to prove that background radiation emanates from radioactive minerals in the ground, but instead, he found that ionizing radiation levels actually increased at high altitudes. This experiment, which discovered the high-speed particles that we now call cosmic rays, and which earned Hess a Nobel Prize, marked the beginning of the field of high-energy astrophysics.

Modern balloon missions serve a wide range of scientific fields. Cosmic-ray observations are a valuable source of data for particle physics experiments. Cosmic-ray particles often carry energies far greater than what scientists can achieve in particle accelerators like the Large Hadron Collider, so these missions can collect valuable data by watching for collisions between cosmic rays and air molecules in the upper atmosphere.

But balloons often perform more traditional astronomical observations as well. Small telescopes (less than a 1-meter aperture) are often hoisted above the atmosphere to study exoplanets. They can directly observe protoplanetary dust belts around stars, and detect new exoplanets using the transit method.

The high altitude of balloon flights means that infrared (IR) telescopes can be placed above the water vapor in our atmosphere. Since water vapor absorbs IR light very effectively, these telescopes can do high-resolution observations of very faint stars that would be impossible from the ground. Similarly, radio telescopes operating in the terahertz (THz) band, which is also blocked by atmospheric water vapor, can be lifted high enough to study the interstellar medium.

Balloons can position scientific instruments and observatories at a high enough altitude to gain many of the benefits of observatories in space, but with few drawbacks.

The most obvious advantage of balloons over satellites is their cost; the James Webb Space Telescope (JWST) costs almost $9 billion, and even modern commercial launch providers, with their reusable rockets, are still priced out of reach for smaller research programs and institutes. Balloons can hoist extremely bulky and heavy payloads to the very edge of space, and stay airborne for extended periods, at a tiny fraction of the price of a rocket launch.

Because these missions are cheap, they can tolerate a much higher level of risk. This not only means that junior or undergraduate researchers can get directly involved in the development of the instruments, but also that the experiment can be more ambitious; it’s much easier to accept a failed experiment if it didn’t cost too much!

Balloon missions also have a very high rate of recovery. Satellites tend to either be abandoned in space or re-enter the atmosphere. Balloon missions, on the other hand, are usually fitted with GPS receivers and constantly transmit telemetry, so that their owners know exactly where to find them then they eventually return to Earth.

One effect of the advantages listed above is that balloons are often used as a testbed for new observing technologies and instruments. Many instruments sent into space, both in orbital observatories and on probes sent to other planets, are based on designs first tested in balloons.

For example, scintillating-optical-fiber hodoscopes are instruments that detect cosmic rays and are commonly used in space. One was used in the Cosmic Ray Isotope Spectrometer (CRIS), which has been operating flawlessly on the ACE spacecraft for the past 23 years.

Another is part of the CALorimetric Electron Telescope (CALET), which has been working on the International Space Station (ISS) since 2015. These instruments were first used with balloon-borne cosmic-ray experiments, and so benefited from years of development and testing before ever being launched into space.

Similarly, the Payload for Antimatter Matter Exploration and Light-nuclei Astrophysics (PAMELA) and the ISS’s second Alpha Magnetic Spectrometer (AMS02) both rely on instrumentation originally designed for the near-space high altitudes where balloons operate.

Helium balloons are only partially filled at launch. As they rise, and the atmospheric pressure drops, the helium inside the balloon expands so that it is only fully inflated when it reaches its working altitude and doesn’t burst on its way up. This is not a stable situation, though. As the local temperature and pressure change, the gas inside the balloon will expand and shrink, causing the balloon to climb or fall to different altitudes, or even burst. To manage this, NASA uses two different designs.

Zero-pressure balloons (ZPB) carry a supply of ballast or helium and are able to control their altitude as needed. If a ZPS balloon starts climbing too high, it vents some of the gas, deflating the balloon slightly, and if it starts to fall, it can either reinflate the balloon or drop ballast. This is a very effective method of maintaining a stable altitude, but it does limit the mission’s lifetime — when the gas or ballast is finished, it can no longer maintain altitude and must descend.

Super pressure balloons (SPB) are made from much stronger materials — they don’t stretch, so the volume of the gas doesn’t change during flight. This requires that the gas inside the balloon be at a higher pressure than the surrounding atmosphere at all times, hence the name. SPBs are designed to maintain a relatively consistent altitude during the day-night cycle, without needing to carry expendables, which lets them fly missions for very long periods.

ZPBs can fly for up to eight weeks during the summer in Antarctica, but generally, only manage shorter flights of a few days. They can hoist payloads of up to around 4 tons into the low stratosphere, but less than a ton into the high stratosphere. SPBs, by contrast, can handle flights of up to 100 days, but can’t fly as high as ZPBs, nor manage such heavy payloads.

This article was originally published on Universe Today by Allen Versfeld. Read the original article here.

NASA’s Balloon Program Analysis Group recently presented a roadmap to NASA to guide them on how to plan and fund future balloon astronomy programs. Balloons have been used for over a century to conduct physics experiments, astronomical observations, and Earth-observing work, but remain relatively unknown to the general public. Balloon astronomy shares many advantages with…

NASA’s Balloon Program Analysis Group recently presented a roadmap to NASA to guide them on how to plan and fund future balloon astronomy programs. Balloons have been used for over a century to conduct physics experiments, astronomical observations, and Earth-observing work, but remain relatively unknown to the general public. Balloon astronomy shares many advantages with…

Can I feed my pet only dry food? Why the answer is different for cats and dogs

Concrete built the world for at least 2,000 years — now, it must adapt or crumble