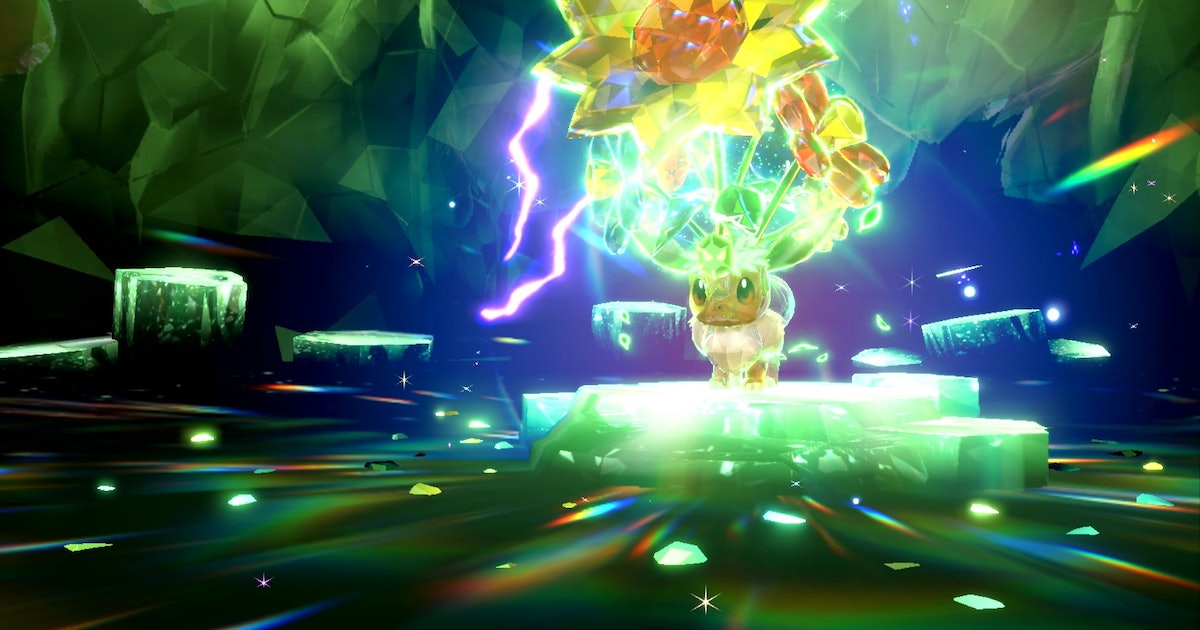 Finding shiny Pokémon is always a treat, which is why some players spend hours or days farming their favorite monsters. These creatures with variant color palettes can be extremely rare, but there are ways to increase your odds or farm more efficiently. In Scarlet and Violet, there’s a whole new system to catch shinies, as well as a few returning mechanics.

“Shiny Pokémon are so popular to find because of the dopamine effect it gives to players,” Pokémon YouTuber PhillyBeatzU tells Inverse. “The ‘rare’ chance that they are labeled with makes it so exciting and a viral phenomenon on the internet.”

Without using any special tricks or items, you have a one in 4,096 chance to catch a shiny, according to dataminer Sibuna_Switch on Twitter. Those odds can be doubled, tripled, or even quadrupled with just a few adjustments to your play.

PhillyBeatzU claims that if you use all of these methods in tandem, you’ll be able to find most shinies “in less than an hour.”

Here are four essential tips to help you catch the prettiest pocket monsters.

This is by far the easiest and most streamlined way to catch shiny Pokémon in this generation. Mass outbreaks appear on the map as that Pokémon’s icon with a colored swirl behind it (if you haven’t seen that Pokémon it will just show a question mark). If you defeat 30 of that species in an outbreak, your odds drop to one in 2,048. Defeat 60 and your odds become even better to 1 in 1365.

Once you have defeated that horde, you’ll have access to the mass outbreak for the rest of the in-game day. You can just continue defeating monsters to have more spawn, but that could unintentionally cause the mass outbreak to end prematurely. Your best bet is to open a picnic, which you can do from the in-game menu, and then close it. This should cause them to despawn and reappear, giving you another chance to see a shiny one. You can also just walk out of eyesight to cause them to render again.

Keep in mind that shiny Pokémon no longer have a special particle effect or sound when they show up. You’ll just have to notice which one is shiny when looking through the waves of enemies.

There’s an item you can earn that will increase your odds even further. A staple of the last few generations of Pokémon, the Shiny Charm makes your base odds of catching a shiny one in 1,365. Its power also stacks with other methods, bringing a shiny rate as low as one in 512.

To get the Shiny Charm, you’ll need to complete your Pokedex. That means you’ll need every legendary, version-exclusive, and evolution to fully max it out. Once you have filled out all 400 pages, you’ll need to visit professor Jacq in your region’s Academy in Mesagoze. He will hand the charm right over if you’ve finished the lofty feat.

There’s another end-game method to catching shinies, though this requires a bit more grinding. First, you’ll have to get the credits to roll by beating the game, or by just completing the main story quest and unlocking the Sparkling Power Shiny Sandwich recipe.

Next, you’ll need to collect Herba Mystica, which comes in five flavors and can be found in 5-star raids. Each of these ingredients can be combined in the food-making mini-game to increase your odds of getting a shiny of a specific type.

And the last known method is named after Junichi Masuda, an iconic Pokémon composer who wrote about it on his blog in 2007. If you get a Pokémon from another region and breed it with one of your own, you will have increased odds of getting a shiny.

For example, if you breed a Japanese Growlithe with one caught in your Scarlet/Violet game, you’ll have a one in 683 chance of hatching a shiny.

A foreign Ditto is considered to be the best monster if you want to use this method, since it can breed with anything.

Pokémon Scarlet and Violet are available now for Nintendo Switch.

Finding shiny Pokémon is always a treat, which is why some players spend hours or days farming their favorite monsters. These creatures with variant color palettes can be extremely rare, but there are ways to increase your odds or farm more efficiently. In Scarlet and Violet, there’s a whole new system to catch shinies, as…

Finding shiny Pokémon is always a treat, which is why some players spend hours or days farming their favorite monsters. These creatures with variant color palettes can be extremely rare, but there are ways to increase your odds or farm more efficiently. In Scarlet and Violet, there’s a whole new system to catch shinies, as…

What is the ‘Goncharov’ Game Jam? How a fake Martin Scorsese movie became a real video game