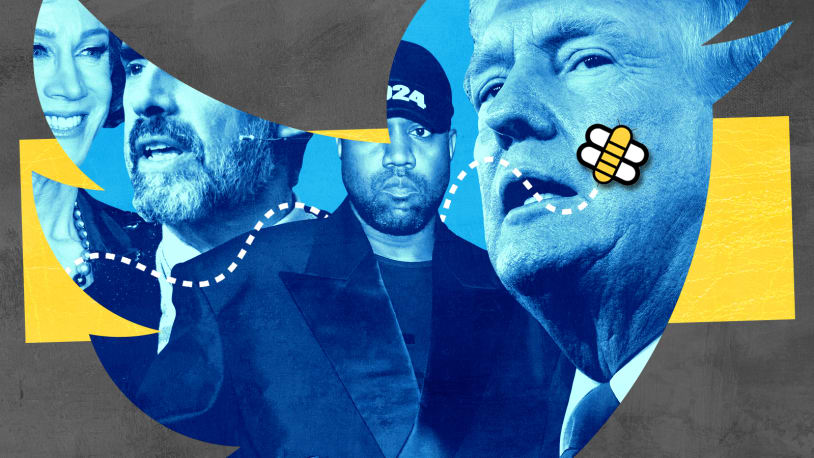 Now that he is at the helm of Twitter, Elon Musk has begun to implement his plan to relax the social media giant’s content rules by reviewing and reinstating several banned controversial accounts — including former President Donald Trump’s. The reinstatements come after a string of divisive decisions Musk has made since he acquired the platform. Here’s what you need to know about Musk allowing Trump and others to return to Twitter:

How did this all start?

Musk’s criticisms of Twitter’s trust and safety policies began months before he acquired the social networking platform. He accused the site of “failing to adhere to free speech principles” by banning certain accounts, and claimed that Twitter “fundamentally undermines democracy.”

Musk, who has previously called himself a “free speech absolutist,” is determined to change Twitter’s standards of what can and cannot be posted. Shortly after closing the $44 billion deal to purchase the company, he announced that he would be working on a process to reinstate accounts banned for violating Twitter’s previous policies against hate speech and misinformation.

At the time, Musk vowed that banned users would not be allowed to return to the platform until a content moderation council could meet to plan the best way to do so. Musk tweeted about his plans for the proposed panel, stating the group “will include representatives with widely divergent views, which will certainly include the civil rights community and groups who face hate-fueled violence.”

Since Musk took over, he has made several controversial decisions, including ousting company leaders, mass firing employees, and charging users for verification. The company also suffered from an exodus of employees after Musk asked them to choose between committing to being “extremely hardcore” and working “long hours at high intensity,” or leaving Twitter with a three-month severance package.

Who has been reinstated?

After being permanently banned nearly two years ago, the former president’s Twitter account has been reactivated, opening the door for him to return to the platform in the future. Before buying the platform, Musk called Twitter’s decision to ban Trump “a mistake” and vowed he would reverse the ban if he became the owner. Musk posted an informal poll asking users if he should reinstate Trump’s account, and 58 percent responded in favor of the idea.

Twitter permanently suspended Trump’s account in January 2021 after he wrote a series of tweets that the platform felt contributed to the Jan. 6 attack on the Capitol. Before the ban, the company removed several of Trump’s tweets that violated their civil integrity policy and initiated a 12-hour suspension as a warning. The company decided to ban his account indefinitely after he continued to write incendiary tweets, including one that said, “to all of those who have asked, I will not be going to the Inauguration on January 20th.”

In explaining their decision, the company said his tweets violated policy by providing “further indication that President Trump does not plan to facilitate an ‘orderly transition’ and instead that he plans to continue to support, empower, and shield those who believe he won the election.”

After the poll closed, Musk tweeted, “The people have spoken. Trump will be reinstated. Vox Populi, Vox Dei.” The site officially reactivated Trump’s Twitter account minutes later, but it remains unclear if the former president intends to return to the platform. Trump has previously said he would remain on his social media platform Truth Social, even if he was reinstated. “I don’t see any reason for it,” Trump remarked in a recent speech regarding returning to Twitter. He also cited the platform’s “terrible” problems while lauding his own platform for being “very, very powerful,” Bloomberg reports.

Rapper and fashion mogul Kanye West’s recent fall from billionaire status resulted from the backlash after he made multiple antisemitic comments during interviews and in social media posts online. West, legally known as Ye, had his Twitter account suspended in October after he penned an antisemitic rant where he threatened to go “death con 3 on JEWISH PEOPLE.”

West had returned to the platform following a similar ban on Instagram after making antisemitic posts where he claimed rapper Sean “Diddy” Combs was being controlled by Jewish people. Musk initially welcomed West back to the platform, since his last time on Twitter was in 2020, but West’s return was short-lived. Following the platform’s decision to suspend West after his antisemitic tweet, Musk said he talked to West, tweeting, “Talked to ye today & expressed my concerns about his recent tweet, which I think he took to heart.” Shortly after the decision, West announced plans to purchase the conservative social media platform Parler.

West marked his return to Twitter on Nov. 20 by tweeting, “Testing Testing Seeing if my Twitter is unblocked.” Musk responded, “Don’t kill what ye hate; save what ye love.” West also tweeted “Shalom,” in reference to the backlash to his antisemitism. Musk was one of the users that liked the message.

Twitter is just one of many social media platforms that have banned controversial influencer Andrew Tate. Tate has become infamous for making violent, misogynistic comments about women and spreading what some deem to be toxic masculinity. He has amassed a large fan base that raises concerns for his critics, who fear the influence of his rhetoric. Over the past year, Facebook, YouTube, Instagram, and TikTok all banned Tate from posting on their sites, following in the footsteps of Twitter, which banned him in 2017. Tate’s Twitter suspension came after Tate tweeted that women should “bare some responsibility” for sexual assaults, per NBC.

Tate went viral after making videos where he compared women to property, touted his position as an “alpha male,” and described how he would assault a woman if she accused him of cheating. In a Vimeo video for his fans, Tate claimed that his comments that critics called misogynistic were “taken out of context.” He also called himself a “victim” of his “own success.”

After five years of being banned, Musk recently reinstated Tate’s Twitter account. Tate celebrated by tweeting a photo of himself with the caption, “Mastery is a funny thing. It’s almost as if, on a long enough time scale, losing simply isn’t an option.”

Canadian psychologist and self-help author Jordan Peterson also returned to Twitter after being banned for violating the company’s hateful conduct policy on June 28. Peterson made comments about transgender actor Elliot Page, referring to him by his deadname, per Forbes. After the message triggered his suspension, Peterson chose to leave the platform rather than remove the post.

Following his suspension, Peterson posted a nearly 15-minute-long YouTube video where he said he would rather die than delete the message. He also infamously said, “Up yours, woke moralists. We’ll see who cancels who!” The line went viral, turning into a meme Peterson reposted hours after returning to the platform.

Comedian Kathy Griffin earned her account suspension about a month ago when she impersonated and mocked the platform’s new CEO in several tweets. Griffin changed her profile picture and name to match Musk’s account and tweeted, “After much-spirited discussion with the females in my life, I’ve decided that voting blue for their choice is only right. (They’re also sexy females, btw.) #VoteBlueToProtectWomen.” The platform promptly suspended Griffin and several other Musk parody accounts.

Griffin seemed indifferent to the news that she can now return to Twitter after Musk’s decision to unsuspend her. On Mastodon, a social network popular among former Twitter users, Griffin wrote, “Dear Space Karen. No Thanks.”

Conservative satirical site The Babylon Bee lost access to its Twitter account in March after making disparaging comments about Rachel Levine, a trans woman currently serving as U.S. assistant secretary of health. The outlet nominated Levine “Man of the Year” in response to her being named one of USA Today‘s Women of the Year. The site chose to remain off of Twitter instead of deleting the offending tweet, per the company’s request. In response to the terms of the ban, Babylon Bee CEO Seth Dillon wrote, “Truth is not hate speech. If the cost of telling the truth is the loss of our Twitter account, then so be it. We won’t compromise the truth just to keep our account.”

After Musk announced the account was reinstated on Nov. 18, The Babylon Bee tweeted, “We’re back. Let that sink in.”

Rep. Marjorie Taylor Greene (R-Ga.) had her personal Twitter account permanently suspended in early January 2022 after repeatedly posting misinformation about the COVID-19 pandemic. At the time, Greene responded, “Twitter is an enemy to America and can’t handle the truth. That’s fine, I’ll show America we don’t need them, and it’s time to defeat our enemies.”

The company reinstated her account on Nov. 21. Greene celebrated her return to Twitter on Monday with a video that lasted over an hour, in which she promised to spend her time on the platform “testing every limit of free speech that I have.” She went on to tweet that the suspension did not allow her to raise funds “to fight a huge legal challenge and fund my campaign.” Along with the link to her campaign website, she added, “Send me a gift for still fighting.”

My personal Twitter account was permanently banned for “covid misinformation” by the commies no longer employed at Twitter.I could not raise money on this platform to fight a huge legal challenge and fund my campaign.Send me a gift for still fighting.https://t.co/hG5fC9XR0C https://t.co/SxEgOJV1z4

November 23, 2022 November 23, 2022 Now that he is at the helm of Twitter, Elon Musk has begun to implement his plan to relax the social media giant’s content rules by reviewing and reinstating several banned controversial accounts — including former President Donald Trump’s. The reinstatements come after a string of divisive decisions Musk has made…

November 23, 2022 November 23, 2022 Now that he is at the helm of Twitter, Elon Musk has begun to implement his plan to relax the social media giant’s content rules by reviewing and reinstating several banned controversial accounts — including former President Donald Trump’s. The reinstatements come after a string of divisive decisions Musk has made…

How accurate is The Fabelmans? | The Week