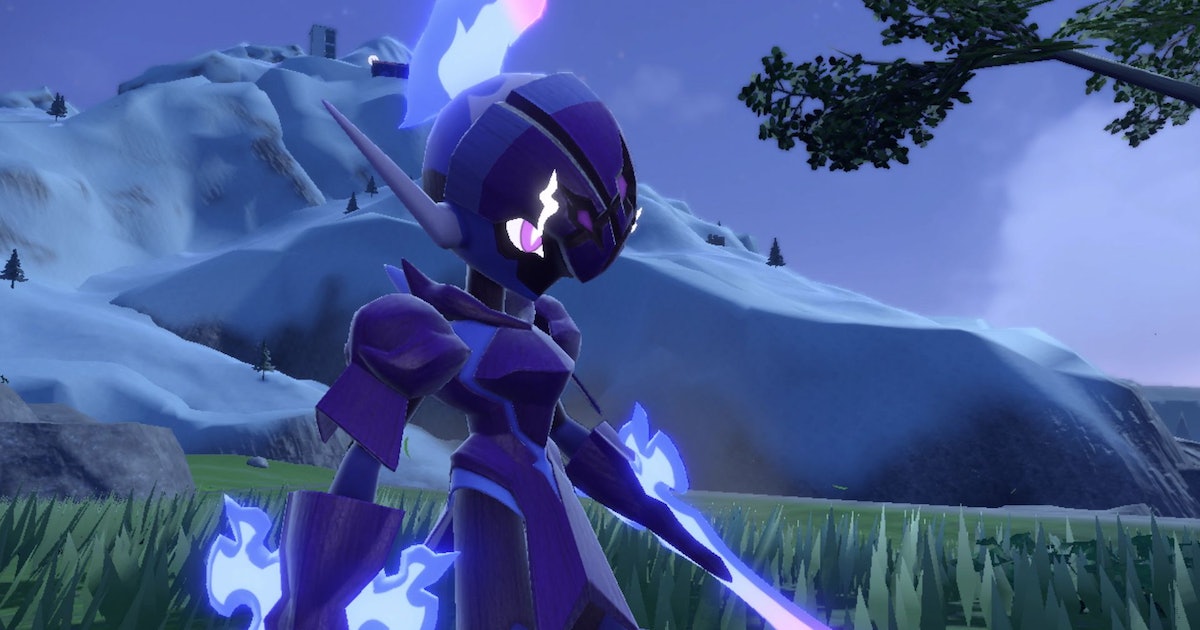 8 best Pokémon for the mid-game

Pokémon Scarlet and Violet pushes players to scramble their teams depending on the next step in their journey. After all, now that it’s open-world, it’s a lot easier to run into an overleveled road block where type advantages can be the difference between victory and defeat. Scarlet and Violet effectively offer multiple Pokémon for the player to choose from in each of its wildlife areas, but it’s hard to gauge right away whether the Pokémon will be useful or not, especially with the new ones.

We’ve covered beginner Pokémon to complement your starter depending on if you pick Sprigatito, Quaxly, or Fuecoco. Here are 8 of the best Pokémon to consider for mid-game.

Tinkatuff is the middle evolution in a chain of three, starting from Tinkatink and ending with Tinkaton. By mid-game, you should have access to Tinkatuff either on the mountain headed toward Glaseado or across the East Province near Levincia. If you come across its pre-evolved form Tinkatink, it evolves into Tinkatuff at Level 24. Tinkatuff evolves into its final evolution, Tinkaton, at Level 38. Tinkatuff’s main allure stems from its identity as a Fairy/Steel dual-type, as it resists convenient type pitfalls and sports heavy-hitting Fairy and Steel-type physical moves. It helps that it’s a fairly sturdy Pokémon that won’t need to be babied in later boss battles, too.

There’s a reason why the internet is fawning over Fire Pokémon, Charcadet: Its evolutions are two of the coolest-looking new in the game that actually pack a punch. Those with Pokémon Scarlet can evolve their Charcadet into Armarouge, and those with Violet can evolve them into Ceruledge. Note that Armarouge favors Special Attack while Ceruledge favors Attack. I learned the hard way that my Charcadet’s special attack boost was wasted once I evolved it into Ceruledge.

Zoroark has a high special attack stat and its illusion ability can fool opponents into thinking it’s a different Pokémon. The illusion might not mean much to NPCs, but it can trip up your friends! It can be found in the upper left corner of the map. However, if you want to catch one earlier, you can try your luck hunting for its pre-evolved form, Zorua. Zorua evolves at Level 30 into Zoroark, so it isn’t that long a wait until its final transformation either.

Zorua is one of the most difficult Pokémon to find thanks to its illusion ability. I thought I was fighting a Venemoth, then bam. It transformed into a Zora before my very eyes. It can be found around Cascarrafa and Levincia, but only as another Pokémon in disguise. So you can wander around the area forever without knowing which Pokémon is truly a Zorua. If you happen to find one by chance, though, it’s a great Dark-type addition to your party.

You can’t catch Lucario early in the game, but you can catch its pre-evolved form, Riolu. It evolves when it reaches a high enough friendship level, which you can boost with a Soothe Bell and continued interactions like picnics. Lucario works against Normal-, Rock-, Ice-, Dark-, Ground-, and Fairy-type Pokémon based on its type advantages. However, it also has the ideal stats and movepool that enables it to hold its own against many more types to an effective degree. It’s got a high Attack and Speed stat, and can be an unpredictable pick in battles because it can attack with a range of different moves from Aura Sphere to Dragon Pulse.

Raise Growlithe if you want one of the best Fire-type Pokémon in the game. It can’t evolve into Arcanine without a Fire Stone. However, if you intend on finding a stone, it’s a worthwhile investment for anyone who wants the oversized canine legend. Since its debut in Kanto, Arcanine has been a popular Pokémon to rely on in competition because of its high attack and speed stats and reasonable defenses. Flame Blitz (and other Fire-type physical moves) and Extremespeed have since become a staple in most movesets. Arcanine replacements like Pyroar or Hounddoom also work but don’t have the same stats or movepool to compete at the same level.

Magikarp appears as early as the first wild area next to Mesagoza. If you haven’t managed to catch and raise one since then, you can later search the edges of Paldea near the water to capture a Gyarados. It helps that raising Magikarp to Level 22 and evolving them isn’t too difficult, either.

Gyarados will demolish any Fire-, Rock-, or Ground-type that gets in your way. It definitely helped me steamroll Mela, the Team Star Fire Crew leader. Its attack stat is also impressive enough at an early level to thrash enemies even without a type advantage. Just don’t throw it into a battle against an Electric-type — that Water/Flying hybrid weakness is its Achilles’ Heel!

Gabite is the pre-evolved form of Garchomp, a known pseudo-legendary Pokémon. One of the best places to find it is in the cave on the way to Alfornada or on the mountain on the way to Glaseado. It helps that it comes with some useful abilities such as being immune to Electric-type attacks. It evolves into Garchomp at Level 48, which the players can reasonably reach before completing the last pieces of the three storylines at the end of the game. Its attack stat is most important, followed by speed. That attack can plow through enemies even without the luxury of a type advantage.

Dragonair and its pre-evolved form, Dratini, can be found in Casseroya Lake near where the False Dragon Titan Pokémon lives. Dratini can be found freely roaming the lake itself. In contrast, Dragonair tends to only appear at the center of “Dratini clusters” where its surrounded by multiple Dratini at a time. Even if you can’t catch a Dragonair by itself, it isn’t too difficult to catch a Dratini and evolve it into Dragonair. Dratini evolves at Level 35, and most of the Dratini in the lake will already be at Level 50 or above. It will then evolve into Dragonite at Level 55.

Like Garchomp, Dragonite is a pseudo-legendary Pokémon. Its strengths lie in its devastating attacks and hefty defenses. It can also learn a decent number of moves that can catch an opponent off-guard and counter multiple types — like Earthquake and Fire Punch.

Pokémon Scarlet and Violet pushes players to scramble their teams depending on the next step in their journey. After all, now that it’s open-world, it’s a lot easier to run into an overleveled road block where type advantages can be the difference between victory and defeat. Scarlet and Violet effectively offer multiple Pokémon for the…

Pokémon Scarlet and Violet pushes players to scramble their teams depending on the next step in their journey. After all, now that it’s open-world, it’s a lot easier to run into an overleveled road block where type advantages can be the difference between victory and defeat. Scarlet and Violet effectively offer multiple Pokémon for the…