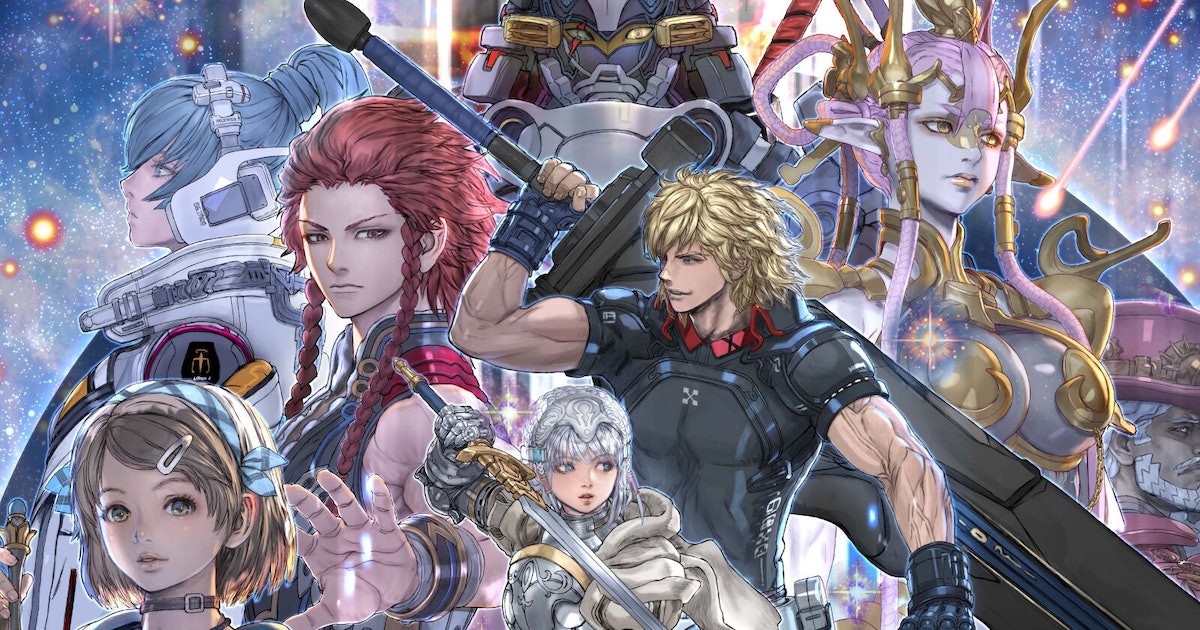 It’s been six years since the last entry in the Star Ocean series, but fans finally have a chance to explore the galaxy again with Star Ocean: The Divine Force. The series has always been known for having a robust selection of side content and post-game dungeons, and the latest entry certainly doesn’t slack in that regard. While it may not be as long as something like Persona 5 Royal, Star Ocean: The Divine Force still has a lengthy story to wade through. Here’s how long you can expect the main game to take, and what to look for with post-game content in The Divine Force.

How long does it take to beat Star Ocean: The Divine Force?

A single playthrough of Star Ocean: The Divine Force should take players roughly 40 hours if they’re looking to mostly mainline the story. There are a ton of sidequests that pop up along the way, Private Actions to find in towns, and you can fully explore each environment to find items and DUMA points. That means your playtime can easily increase to 50-60 hours depending on how much side content you choose to do.

It’s also important to keep the game’s dual protagonist system in mind, as the protagonist you pick changes which portions of the story you see. There are multiple moments where the party splits up, and whether you picked Raymond or Laeticia at the start decides who you follow. If you want to see absolutely everything the game has to offer, you’ll need to consider a second playthrough with the other character.

Similarly, if you go all-in on trying to reach the level cap of 255, then it will take you considerably longer.

How to access post-game dungeons in Star Ocean: The Divine Force

Once you’ve completed the story of Star Ocean: The Divine Force, you can reload your save to keep playing and tackle the game’s two challenging post-game dungeons. If you’re a Star Ocean fan you’ll already be familiar with the imposing secret bosses, Gabriel Celeste and the Ethereal Queen.

To take on the first dungeon, The Gauntlet, you’ll first want to head to Royal Capital Ascendros City and then go to the Semiomancy Consortium. Head to the second floor and you’ll see a side quest icon, so talk to Melthia to start it. This quest will require five Spirit Ethers, which can be a bit tricky to track down, although you likely have one or two in your inventory already.

Now there are two ways you can get your hands on Spirit Ethers, although one is typically easier than the other. Your best bet is to head to Nihlbeth and track down the Lava Golem miniboss, which is found in the Northeast corner of the map. The trick is that you need to destroy the Golem’s arm to get the Spirit Ether to drop, so simply target the arm and use your VA rush to hit it a few times and cause it to break.

If you need multiple Spirit Ethers you can simply save your game after you beat the Lava Golem, then reload it, and the miniboss will respawn. If you’re having trouble Spirit Ethers can also be crafted by going to Compounding, and combining Aquaberrie and Game Meat. Make sure you have either Nina or Malkya at level 10 before you try crafting it, however, as the chance is extremely low. Game Meat drops from the Hayagriva enemy found just outside of Eda Village.

Once you have five Spirit Ethers you’ll need to take the items to the tenth floor of the Nihlbeth Ancient Coil dungeon. Once there a new door will unlock in the top left of the room, allowing you to take on The Gauntlet.

As for the second dungeon, the only requirement is to beat the previous dungeon, The Gauntlet, and beat the boss there three times (we won’t explain why three for story spoilers). After you’ve done that fast travel to the planet Paladurnia and go to the third floor of Provenience Cavern, the room with the giant glyph on the wall where you defeated Boldohr.

You’ll see a new blue portal there that’ll take you to the second and final dungeon, Ultima Thule.

Does Star Ocean: The Divine Force have New Game Plus?

Unfortunately, Star Ocean: The Divine Force currently doesn’t have any kind of New Game Plus system. Even after beating the final boss, starting a new game will simply start you from scratch. It’s certainly possible that Tri-Ace could add New Game Plus in a post-launch update, but at the moment the developer hasn’t announced any plans to do so.

It’s been six years since the last entry in the Star Ocean series, but fans finally have a chance to explore the galaxy again with Star Ocean: The Divine Force. The series has always been known for having a robust selection of side content and post-game dungeons, and the latest entry certainly doesn’t slack in…

It’s been six years since the last entry in the Star Ocean series, but fans finally have a chance to explore the galaxy again with Star Ocean: The Divine Force. The series has always been known for having a robust selection of side content and post-game dungeons, and the latest entry certainly doesn’t slack in…

Where to find and how to beat the boss