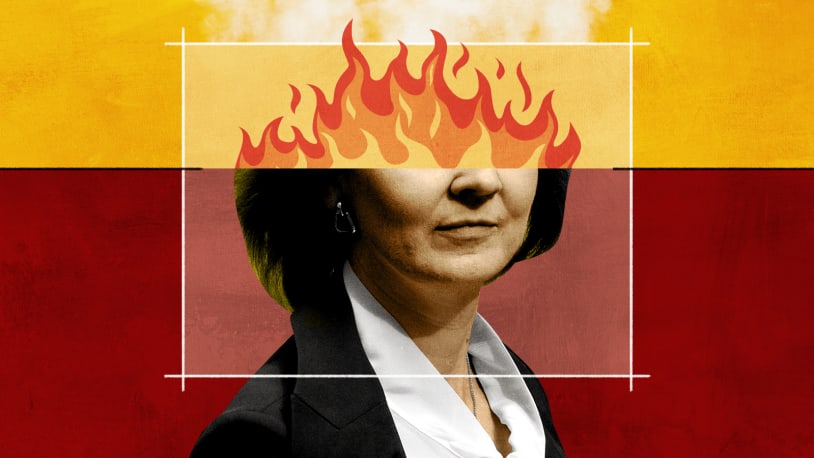 British Prime Minister Liz Truss has had a whirlwind of a start to her term. Elected by her Conservative Party, not in a general election, Truss’ economic proposals quickly sent British markets reeling, but her climate policy has also attracted controversy and drawn out a number of eco-protesters. At a time when Europe is facing an energy crisis and just ended its hottest summer on record, taking climate action has become a top priority both for Europe and the world. Here’s everything you need to know about Liz Truss’ controversial climate policy:

What is Truss’ platform on climate?

Even before Truss assumed the position of prime minister, she wasn’t exactly known as an environmentalist. She pledged during her leadership campaign to move the U.K. closer to United Nations net-zero carbon emission goals by 2050, but other pieces of her platform are contradictory. Many of her policies encourage the use of fossil fuels and make it difficult to expand renewable sources of energy.

For example, Truss has pledged to suspend the U.K.’s “green levy,” which is a system where a portion of people’s energy bills go to fund green energy projects, BBC News reports. The charges currently make up about 8 percent of a typical energy bill, and Truss says suspending the tax would reduce energy bills as gas and oil prices soar due to Russia’s invasion of Ukraine and OPEC+ production cuts. Many experts counter that that green projects can curb the cost of energy and that just removing the levy would not decrease bills by much.

Truss also lifted a 2019 moratorium on fracking. In her first speech as prime minister, she said lifting the ban “could get gas flowing in as soon as six months, where there is local support.”

Lifting the ban was controversial in Britain, where polls show that only about 27 percent of the public supports fracking, CNBC reports. During a speech about how her policies will encourage growth, Truss was interrupted by two members of Greenpeace, an environmental nonprofit, holding a sign saying reading, “Who voted for this?” Truss had security escort them out and then called them part of the “anti-growth coalition,” Politico reports.

Truss has also announced new North Sea oil and gas licenses, pitching the future increase of domestic production as a way to “reduce reliance on authoritarian regimes.” The U.K.’s National Grid has warned of potential rolling blackouts if Britain runs short on gas this winter.

Truss has also sparked concern with her Cabinet picks. Despite saying she will aid in the net-zero goal by 2050, her two main Cabinet picks that would be working on that goal are vocal climate change skeptics.

Jacob Rees-Mogg, the business secretary, has advocated for extracting “every last drop” of North Sea oil and has voiced his doubts about climate science. Ranil Jayawardena, the environment secretary, has dismissed the idea of more solar farms in the countryside. He has noted the potential for wind energy, but neither he, Truss, or Rees-Mogg have jumped at the opportunity to expand it, BBC News reports.

How do her policies compare to other countries?

An analysis done by the Italian Climate Network found that Meloni’s administration scored low in moving away from fossil fuels and environmentalist ambition, for example. Meloni and her party, Brothers of Italy — also with neo-fascist roots — have proposed increasing domestic natural gas production, and renewables are absent in their agenda. The Sweden Democrats have promised to cut gas prices and call the Swedish emissions targets too ambitious, Politico notes.

France’s Macron, on the other hand, has been a climate advocate. In last week’s inaugural European Political Community meeting in Prague, Macron openly dismissed the construction of the giant MidCat pipeline, a proposed conduit that would bring gas from Spain to Germany and the rest of Europe. He also opened France’s first offshore wind farm amid the energy crisis.

What does Truss’ climate shift mean for Britain?

Former Prime Minister Boris Johnson, Truss’ Conservative predecessor, set tough climate goals after having a change of heart. He talked enthusiastically about the economic opportunities of clean energy at COP26, even though Britain’s Conservatives were already eyeing a new leader. Johnson left behind a lot of unfinished climate business that will languish under Truss’ leadership, Politico explains.

Truss never hid skepticism about the net-zero pledge even as she campaigned on pushing toward that goal. And she hasn’t been ambitious about keeping the pledge. Instead, there has also been confusion as to who will attend the COP27 Summit in Egypt this November.

King Charles III had been set to attend the climate conference before his accession to the throne, but Truss quickly advised him to cancel his plans. The new king has been a long-standing environmental activist and made a speech at COP26 last year in Glasgow. Instead, Truss herself and climate skeptic Rees-Mogg will reportedly attend the summit, The Guardian reports.

“There was a broad sense that we were reflecting [at COP26] the kind of country we want ourselves to be,” says Alok Sharma, the Tory Cabinet minister who served as president of last year’s COP26 summit. “This government is now betraying all of that.”

British Prime Minister Liz Truss has had a whirlwind of a start to her term. Elected by her Conservative Party, not in a general election, Truss’ economic proposals quickly sent British markets reeling, but her climate policy has also attracted controversy and drawn out a number of eco-protesters. At a time when Europe is facing an energy…

British Prime Minister Liz Truss has had a whirlwind of a start to her term. Elected by her Conservative Party, not in a general election, Truss’ economic proposals quickly sent British markets reeling, but her climate policy has also attracted controversy and drawn out a number of eco-protesters. At a time when Europe is facing an energy…