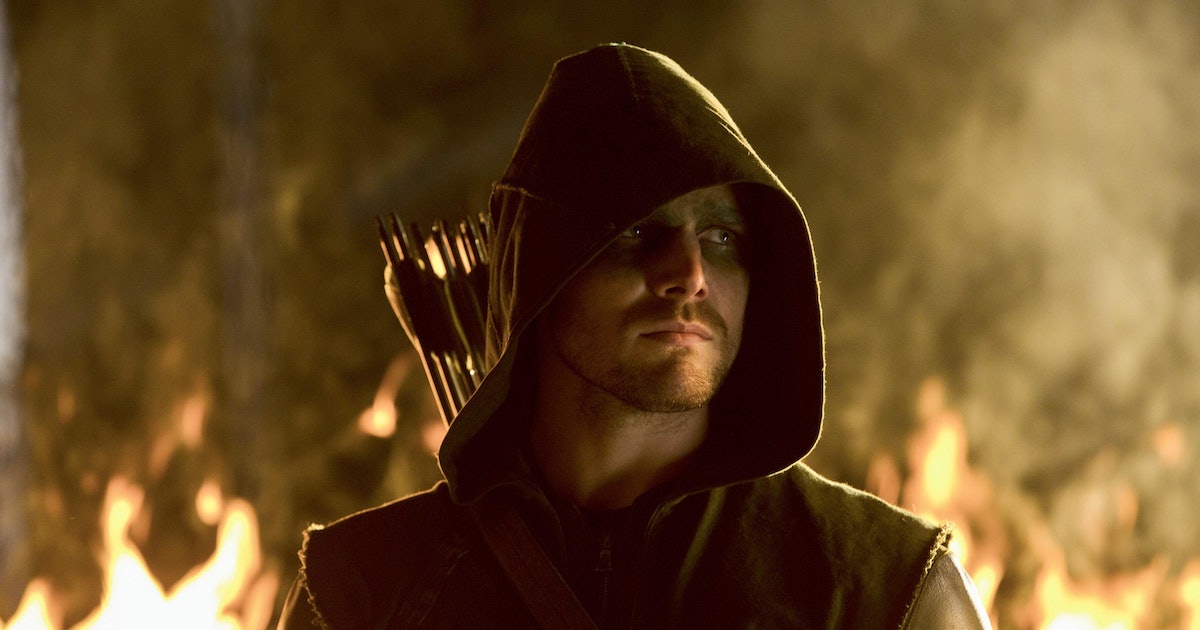 10 years ago, ‘Arrow’ launched as a Batman knockoff — and changed superheroes forever

Twenty-two minutes into the pilot of Arrow, which premiered ten years ago in October 2012, it is painfully clear how much the producers wanted you to think you were watching Batman with an archery bow.

Years earlier in 2005, director Christopher Nolan reshaped popular culture with Batman Begins, an operatic and grounded interpretation of the famed superhero’s origin story. In 2008, Nolan followed up with The Dark Knight, one of the first superhero films to gross a billion dollars and further cemented the genre’s longevity in the stratosphere.

While the opposing, more conventional Marvel Cinematic Universe started planting its legs in parallel, the zeitgeist entered a new phase in 2012. That summer saw both The Avengers — which proved the “MCU” experiment was more than just an attractive theory of Hollywood economics — and The Dark Knight Rises, a verbose conclusion to Nolan’s artistic thesis of Batman. But 2012 was also when superheroes found a new home on television.

For genre fans, the previous decade was anemic with Smallville offering the only real fix (and even then, its showrunners were adamant about not putting Clark Kent in tights). Enter: Arrow. Conceived as a spin-off from Smallville, the team of Greg Berlanti, Marc Guggenheim, and Andrew Kreisberg (later fired after accusations of workplace sexual harassment in 2017) embarked on a familiar interpretation of the Green Arrow, an offbeat B-lister from DC’s comic book universe.

Their resulting work didn’t make Arrow a flashpoint of originality (it was pretty derivative), nor is Arrow an underappreciated, overlooked gem (it lasted eight seasons and 170 episodes). But in hindsight, it’s now one of the most important pieces ever in the American superhero canon, proving that superhero stories could work in the modern TV landscape and encompass an imagination thought to be limited to comic book long boxes.

Dating back to 1941, the Green Arrow always had some semblance to the more popular Batman. Like the Caped Crusader, the “Emerald Archer” is Oliver Queen, a millionaire (now billionaire, thanks to inflation) who trains and hones his skills abroad before returning home to live the double life of playboy and vigilante. Creators Mort Weisinger and artist George Papp both said the Green Arrow was an amalgamation of Batman, Robin Hood, and the popular silent 1940 serial The Green Archer starring Victory Jory.

Later comics by other writers would expand upon these pillars, imbuing in the Green Arrow leftist political activism and reliance on specialized gadgets, like trick arrows.

When Arrow premiered in 2012, there was a clear aesthetic that called to mind Nolan’s Batman. It was by design. At a London convention in 2018, lead star Stephen Amell said director David Nutter purposefully pursued the same tone that Nolan saw Batman.

In its first season, Arrow was — and watching it now, still is — echoic of the more popular Batman movies, with next to none of the same careful philosophy Nolan gave to his subject. Most of it manifests in the first episode, where Oliver Queen (Amell) constructs his “Arrow Cave” in a condemned factory building. The sequence is profoundly evocative of a similar beat in Batman Begins when Christian Bale’s Bruce Wayne sets up his cave and his arsenal in a montage.

Batman Begins was a movie in the most artistic sense, with Nolan flexing his auteur muscles even in a work-for-hire capacity. Arrow was a TV show, with a functional premise that afforded weekly episodics still strung together by an overarching narrative. Being on The CW, Arrow also saw a premium on attractive lead stars over any actual chemistry among its onscreen performers.

But while Arrow followed trends in its early years, it spawned its own spin-off in The Flash, with Glee alum Grant Gustin in the title role. The Flash’s regular involvement in DC’s scientifically-minded stories, including his central role in concepts like the multiverse, helped expand Arrow into a franchise that unofficially used its name: The Arrowverse.

The Arrowverse would later encompass a diversity of shows including but not limited to: Legends of Tomorrow (a time-traveling action-comedy), Supergirl (a feminist superhero that riffed on rom-com tropes), Black Lightning (a socially-conscious drama set in a predominantly Black neighborhood), and retroactively Constantine (a one-season horror favorite on NBC whose lead protagonist eventually joined Legends of Tomorrow). Arrow was central to what is still DC’s most ambitious live-action endeavor yet, the 2019/2020 crossover special “Crisis on Infinite Earths.”

Now the multiverse is everywhere, all at once. The multiverse is driving both the Marvel cinematic franchise — we’re guaranteed to hear “multiverse” uttered again and again until 2025 at least — and DC’s corporate strategy that’s produced projects as varied as Matt Reeve’s sweeping noir The Batman to the eccentric Doom Patrol on HBO Max.

Arrow didn’t invent the multiverse, but it played a foundational role in soft-launching it for an attentive mainstream audience. Ten years later, Arrow may not be the most original or most engaging superhero drama, even for its time. But now, it’s undoubtedly one of the most important, hitting the bullseye before anyone else thought possible.

Arrow is now streaming on Netflix.

Twenty-two minutes into the pilot of Arrow, which premiered ten years ago in October 2012, it is painfully clear how much the producers wanted you to think you were watching Batman with an archery bow. Years earlier in 2005, director Christopher Nolan reshaped popular culture with Batman Begins, an operatic and grounded interpretation of the…

Twenty-two minutes into the pilot of Arrow, which premiered ten years ago in October 2012, it is painfully clear how much the producers wanted you to think you were watching Batman with an archery bow. Years earlier in 2005, director Christopher Nolan reshaped popular culture with Batman Begins, an operatic and grounded interpretation of the…