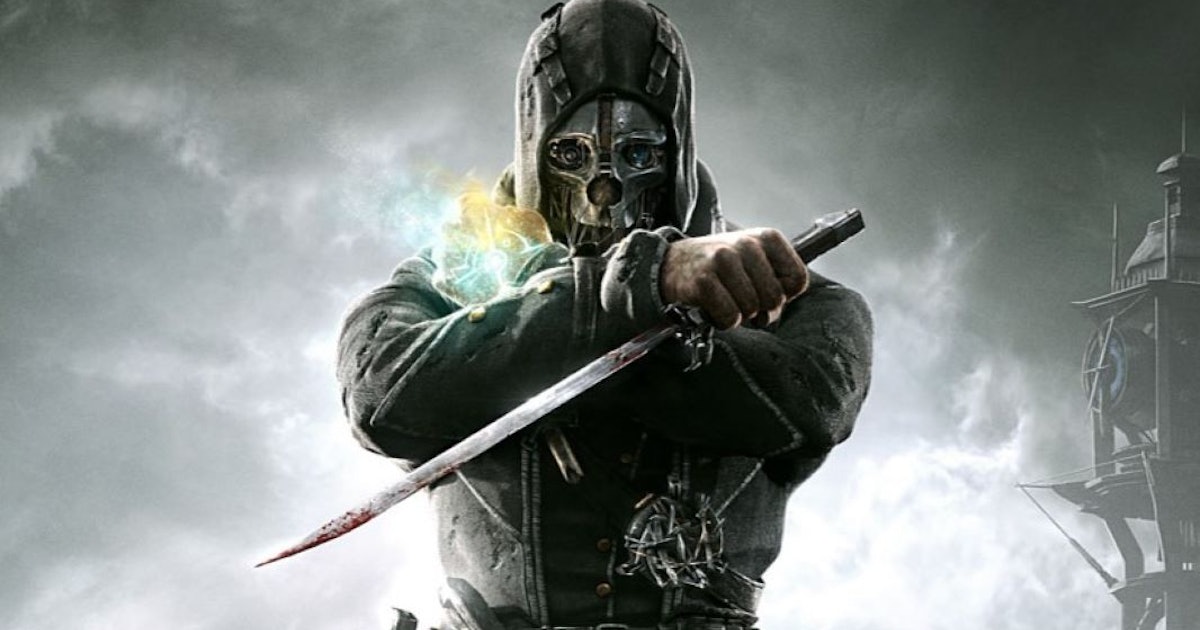 Dishonored’s tagline is revenge, but it should be freedom. Arkane Studios developed the iconic stealth game in an era where the genre had little variation, so the fantasy-inspired abilities and countless options to complete missions really stood out to players. Even now, the Dishonored series inspires modern stealth games and even Arkane’s other games, like Deathloop.

Dishonored 2 continued the story of its predecessor, but it might be the final chapter of the Dishonored series. Arkane developers told Rock, Paper, Shotgun they might never make a linear campaign like Dishonored again, so maybe the best way to experience it is with the original.

Dishonored takes place in the steampunk London-esque setting of Dunwall, where monarchies are still in fashion. Corvo Attano, a humble bodyguard for Empress Jessamine Kaldwin, comes back from a faraway mission to a nightmarish homecoming party. He’s forced to watch the Empress slain and her daughter kidnapped, and even worse, he’s framed as the culprit. Thankfully, a group that knows the truth called the Loyalists gives Corvo a hand while he finds a way to save Emily and enact his revenge.

Corvo has a variety of weapons from guns to grenades, but the ones that really set him apart from the pack are the supernatural ones. A supernatural being called The Outsider grants him magical powers, such as the ability to possess animals or slow down time.

It’s not unusual to hear odd and captivating tales of ingenuity from Dishonored players, like the gamer who “possessed a fish and snuck underneath a moat to dodge a pack of marauding Tallboys.” It also added to the exploration’s appeal, considering you could only find the special runes needed to unlock and upgrade these abilities by exploring Dunwall’s buildings.

This combination of weapons based in reality and ones based in fantasy separated Dishonored from the norm. It also widened the choices players could make with how to complete their missions, whether it’s slashing through foes or evading them. Its levels were intended to give players more than one way to complete it and encourage them to experiment.

“Though presented in the first-person, this style of game has never really been about shooting,” Giant Bomb’s Patrick Klepek wrote in his review. “It’s always been about expansive player agency by way of interacting with a complex series of layered AI systems, and manipulating that with your toolset.”

Klepek hammers down the AI as part of the reason why this game can support all the different ways you can clobber enemies and complete missions. Jason Schreier also touched on this when he wrote about how the game suggested courses of action rather than set them in stone in his review for Kotaku. It encourages you to experiment with your tools rather than follow a formula. “Blending the do-what-you-want structure of Deus Ex with the masterful world design of BioShock, this game is really something special,” he said.

Rightfully so, too. The team included developers from Arx Fatalis, Dark Messiah, Bioshock 2, and Deus Ex — a solid pedigree for a freedom-filled stealth game. When asked about their approach to level design, the co-directors told Forbes in 2012, “It definitely makes our jobs harder, but it is part of the player experience we’re going for.”

“We often fall back on values: First-person perspective, with lots of explorations and elective game content, a moody atmosphere, stealth AI (whether we’re making a stealth game or not), trying to simulate things as much as possible (rather than scripting them), and trying to craft an interesting world that feels cohesive and much larger than the game,” the co-directors said.

It looks like that hog-wild experimentation paid off, considering how many people still pick up Dishonored for the first time years after its 2012 release. Other praiseworthy topics include how painless it is to switch between abilities, how you can stack them, and how many odd stories come out of it.

“Dishonored is different,” wrote Schreier. “Playing Dishonored feels like entering a designer’s playpen. You’re given a set of tools and encouraged to experiment with them, to break them, to explore and adventure and read and fiddle and sneak and kîll.”

Dishonored’s tagline is revenge, but it should be freedom. Arkane Studios developed the iconic stealth game in an era where the genre had little variation, so the fantasy-inspired abilities and countless options to complete missions really stood out to players. Even now, the Dishonored series inspires modern stealth games and even Arkane’s other games, like…

Dishonored’s tagline is revenge, but it should be freedom. Arkane Studios developed the iconic stealth game in an era where the genre had little variation, so the fantasy-inspired abilities and countless options to complete missions really stood out to players. Even now, the Dishonored series inspires modern stealth games and even Arkane’s other games, like…