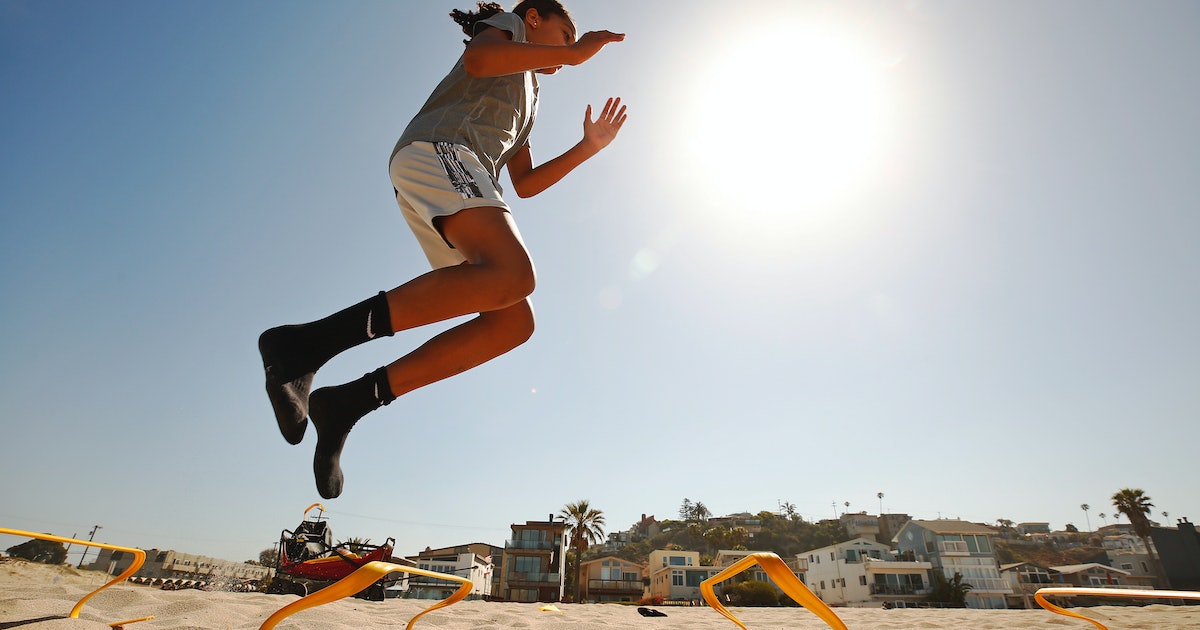 Based on the data, exercise is as close to a miracle drug as humans have got. It boosts brain health, mood, metabolism, muscle strength, and longevity.

Still, some people miss out on these life-changing benefits due to physical limitations, while others struggle to make time to hit the gym.

What if there was a pill that induced the positive metabolic effects of exercise — no weight training, sweat sessions, or HIIT workouts involved?

That’s the pipe dream scientist Yong Xu and his colleagues have been chasing to help those who can’t or won’t work out. Xu is a professor of pediatrics, nutrition, and molecular and cellular biology at Baylor College of Medicine.

What’s new — In a recent study published in the journal Nature, the team developed a therapy to confer physical movement’s health-promoting effects. By studying mice, racehorses, and a group of exercising humans, the researchers pinpointed a pivotal molecule induced by exercise that may regulate appetite and weight loss: Lac-Phe, or N-lactoyl-phenylalanine.

Taken together, the data suggest Lac-Phe, which has been previously linked to exercise’s “afterburn,” is a key molecule regulating food intake and might be harnessed to not only better understand the upsides of movement but eventually develop the highly coveted exercise pill.

“The ultimate goal is to work around the molecule and one day, be able to come up with a practical way or pill that could be used to treat obesity or help people get the benefits from exercise without actually doing it,” Xu tells Inverse.

Currently, we’re still “pretty far away” from that reality, Xu adds. But better understanding the effects of Lac-Phe in the body is a crucial milestone at the beginning of a very long journey, he says.

Why it matters — For Xu, the study stems, in part, from personal frustration. The scientist admits he can be “a bit lazy,” often preferring to stay working in front of the computer day after day.

“I can run, but it’s hard for me to keep doing that kind of routine every day,” Xu tells Inverse. “I can always come up with excuses not to go to the gym.”

An exercise pill would help more than those like Xu who struggle to get off the couch or desk chair. It would help those with limited abilities due to age or certain health conditions.

Xu also argues it could be potentially lifesaving as more than 40 percent of individuals in the U.S. are considered obese according to the BMI scale, and another 30 percent are overweight. Obesity is linked with various health outcomes, including diabetes, heart disease, stroke, and some cancers.

How they did it — Scientists know exercise is one of the most powerful ways to stay healthy, but they aren’t sure how, metabolically, working out helps. To elucidate the mechanisms at play, scientists first put mice on tiny treadmills and had them complete a relatively intense bout of running. Then, the team studied the mice’s blood circulation and discovered that one metabolite increased the most: Lac-Phe.

Lac-Phe is a combination of the substances lactate and phenylalanine. Lactate is produced during strenuous exercise and is responsible for exercise’s “afterburn,” while phenylalanine is an essential amino acid and one of the building blocks of protein.

To figure out Lac-Phe’s function, the scientists injected the metabolite into mice who were obese due to a high-fat diet. A high dose of Lac-Phe suppressed food intake by about 50 percent over 12 hours compared to a group of control mice without Lac-Phe injections over the same period.

Crucially, when obese mice ingested Lac-Phe orally, they did not experience the same side effects on appetite or weight loss, suggesting any “exercise pill” containing Lac-Phe for humans would have to be specially designed to be effectively absorbed in the digestive system.

Afterburn effects — On top of investigating Lac-Phe in mice, scientists went on to analyze the blood plasma of thoroughbred racehorses pre- and post-race, as well as a group of 44 human volunteers. The team found that after racing or exercise, both the horses and humans had elevated Lac-Phe levels.

In people, sprinting had the most dramatic effect on Lac-Phe concentrations, followed by resistance training and endurance training.

Importantly, Xu is quick to caution that Lac-Phe didn’t necessarily suppress hunger. That’s because how people (and mice) consume food isn’t so simple — eating can be driven by hunger and mental or social cues.

“We were able to show that Lac-Phe does have a physiological and a pharmacological effect to suppress food intake and prevent body weight gain,” Xu clarifies.

In the study, researchers also detected an enzyme called CNDP2 that is involved in the production of Lac-Phe. Mice without CNDP2 did not lose as much weight when exercising as those with CNDP2 on the same regime. This highlights that CNDP2 and Lac-Phe are involved in an important network underlying exercise’s beneficial effects.

On a cellular level, scientists saw that a variety of cell types secreted Lac-Phe, including:

What’s next — This finding suggests that many cells beyond muscle can sense and respond to physical activity.

Xu doesn’t go so far as to say his team nailed down the key mediating molecule underpinning exercise’s effects on the body. Instead, the findings give Xu and his team an entry point to study Lac-Phe and better understand its downstream mechanisms.

Beyond exercise’s effects on metabolism and appetite, Xu and his team are also exploring how Lac-Phe factors into movement’s positive effects on the mood and mind. He notes that Lac-Phe could have negative side effects, too, a possibility that will be explored in future studies.

Currently, the only thing that Xu can say for sure is that exercise promotes metabolic health. And if you want a pill that can mimic exercise, the scientist assures you, “we’re working on it.”

Based on the data, exercise is as close to a miracle drug as humans have got. It boosts brain health, mood, metabolism, muscle strength, and longevity. Still, some people miss out on these life-changing benefits due to physical limitations, while others struggle to make time to hit the gym. What if there was a pill…

Based on the data, exercise is as close to a miracle drug as humans have got. It boosts brain health, mood, metabolism, muscle strength, and longevity. Still, some people miss out on these life-changing benefits due to physical limitations, while others struggle to make time to hit the gym. What if there was a pill…

Earth’s microbiome could be the key to saving our planet