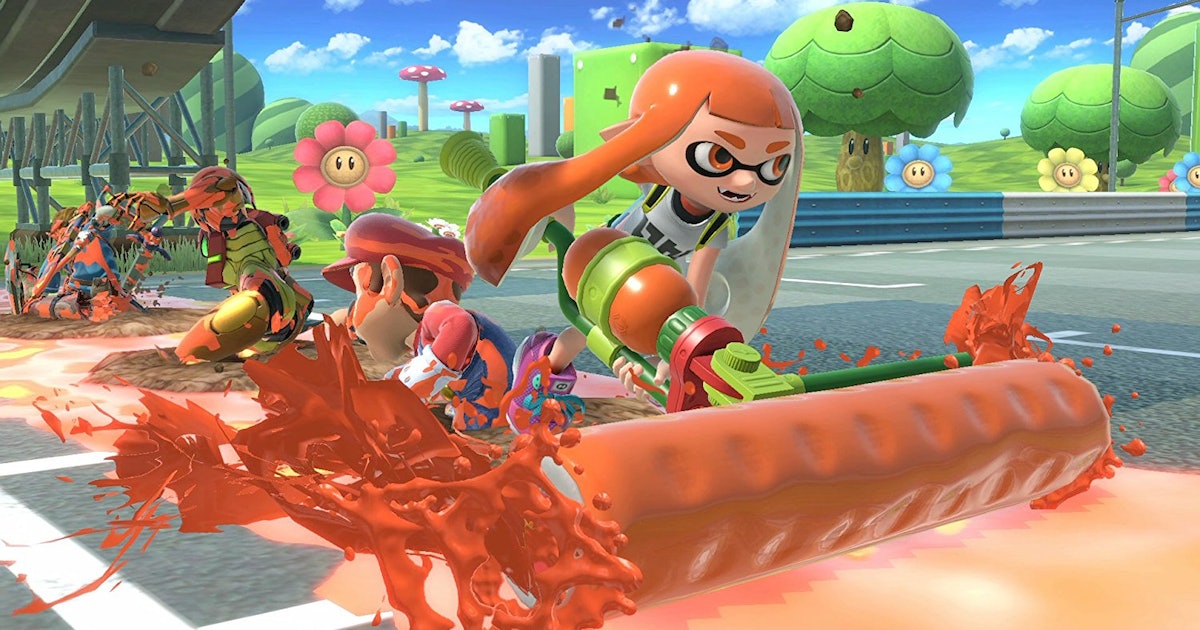 The holiday season inevitably means parties. What better way to enjoy quality time with friends and family than something like a party game? The Nintendo Switch, arguably one of the most family-friendly platforms, supports a number of fighting, sports, and racing games for players of all ages to compete in the sacred art of video gaming. Better yet, several of these titles are likely to pop up over the holiday seasons at major discounts worth considering. Say hello to Mushroom Kingdom favorites Mario, Peach, and others in wacky gaming situations. Here are the six best party games for the Nintendo Switch that you can bag before the end of the year.

Mario Strikers: Battle League features 5v5 superpowered soccer matches against members of the Mushroom Kingdom like Mario, Peach, and Bowser. Each character has unique stats that determine how skilled they are at maneuvers like shooting the ball or tackling enemies. It’s something to take into account when selecting team members to mesh with your playstyle, especially if you don’t like slow-moving tanks that can smash through characters with a hefty kick.

Be warned: It’s not like soccer even though it looks like it. Yes, players can swap between teammates as they dribble across the field like in FIFA. Meanwhile, Wario can casually pick up and run with the ball to throw it instead of kicking.

Think Fall Guys but Kirby. The point of Kirby’s Dream Buffet is to roll Kirby (of many different colors and costumes) through dessert-themed race courses so that he could eat everything in sight. Devour points in the form of whipped cream-covered strawberries, typically found on top of rolled wafers, cakes, and other sweet treats that Kirby has to bounce up and down and tackle through to get. Thankfully, unlike Mario Kart, you don’t need to start from the beginning if you roll off course. Just eat and enjoy — and try to get to the end first! There’s a layer cake full of strawberries waiting.

Mario Kart 8 Deluxe is just the latest iteration of the popular racing game. Race through colorful tracks as popular Nintendo characters, avoiding the dreaded blue shells and speeding through stars. Accelerate, drift, and bump other cars to get closer to first. It even has a fancy controller add-on if you want to act like you’re steering a real wheel.

Fall Guys was first exclusive to PC and PlayStation 4, but now it’s finally on Nintendo Switch. Join as one of sixty players in battle royale gauntlets, where you have to make the cut for each mini-game. That can be anywhere from the last-place scoring team on a soccer-inspired map or being left too far behind in the critical part of a race. Many players don’t even do all five rounds because they lose before the final one. Thankfully, it’s still fun to mess around with friends, grabbing onto unsuspecting opponents or chugging past them in the arena. Best of all? It’s a free-to-play game.

Super Smash Bros. Ultimate is a fighting game, but at least it lets 8 players pile into one map if they want to. It has over 76 base characters for players to pick from their favorite Nintendo series, each with unique movesets and advantages that players can experiment with in versus mode. It might take a while to unlock all of them, but if you grind through even half the roster it should be worth playing with friends.

Last but not least: Mario Party Superstars. Longtime fans joke about Mario Party as the most divisive party game series because of how easily your friends can turn the tables. Superstars is the latest in the legacy of hectic competition, but it’s just as fun and refreshing compared to the rest. You can still send a first-place player to the back of the line with a lucky draw. Also, the tons of mini-games make it difficult to memorize the rules to win for those who only play Mario Party Superstars at friends’ houses. The new locations and visual enhancements from past games are sure to impress fans, though, even if they don’t want to start a fight with their friends today.

The holiday season inevitably means parties. What better way to enjoy quality time with friends and family than something like a party game? The Nintendo Switch, arguably one of the most family-friendly platforms, supports a number of fighting, sports, and racing games for players of all ages to compete in the sacred art of video…

The holiday season inevitably means parties. What better way to enjoy quality time with friends and family than something like a party game? The Nintendo Switch, arguably one of the most family-friendly platforms, supports a number of fighting, sports, and racing games for players of all ages to compete in the sacred art of video…

One studio would be perfect for the job

‘Fortnite’ Paradise Discord quest challenges, rewards, and how to link your account