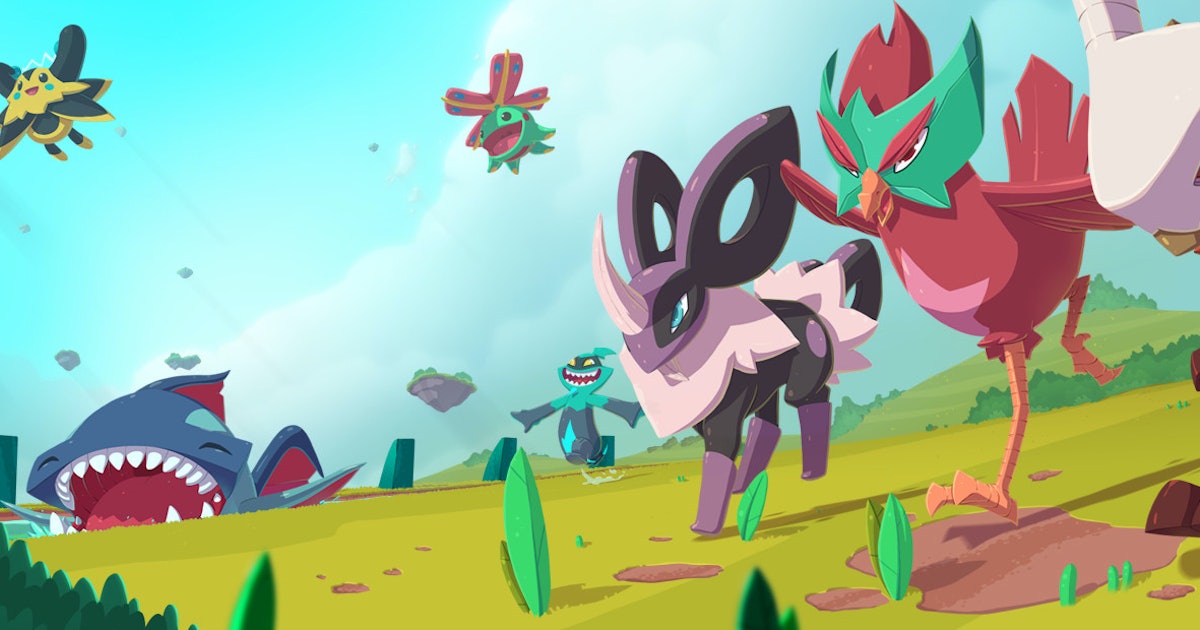 All children eventually leave home to become a Temtem master. Sound familiar? The monster-taming MMO might be the most promising Pokémon-inspired game since Coromon. It drops players into a world with monsters called Temtem, which tamers can catch in the card using digital cards and use to take on dojos (read: gyms) and become Temtem masters. Professor Konstantinos, the token professor of the game, encourages you to explore the archipelago to reach that goal and also visit him on a faraway island. How easy that journey is depends on your starting team, though.

Players have to choose between three rare monsters right away, and you can’t exactly reset like you would if you messed up in a Pokémon game. You can catch all of these Temtem later on, but understandably, having the “best” one early on can lighten your early game experience.

Here’s how to pick the best starter Temtem.

Temtem players get to pick from one of three starters:

The Temtem official account posted that Houchic was the most popular, followed by Crystle. Many longtime players and content creators suggest Houchic as the all-around best choice for your starter Temtem, and they aren’t wrong. However, the others can also work in your favor depending on your tastes. Some of these are better choices than others based on the early wild Temtem and the first gym leader, too. Here’s a rundown of each starter Temtem.

Houchic has an advantage as a speedy, glass canon Mental-type Temtem. There aren’t many Mental types early in the game and it doesn’t have too many weaknesses. In short, Houchic stands out because of the variety it brings to the team early on and its type advantages.

Houchic is a Mental type, which means it’s weak to Electric, Digital, and Crystal types. There aren’t many of these in the early game, but there are occasionally Electric types near Arrisolla. Meanwhile, it will have an advantage against the many early-game Neutral type Temtem.

Bring out Houchic’s full potential with a Mental type partner. Even better, keep a sleep-inducing move in either Houchic or its partner’s moveset. That way, it can activate the 15 percent SP ATK boost and the 20 percent increased damage when the enemy is asleep.

The Temtem official Wiki lists these as Houchic’s base stats. Note that these aren’t the same as its starting stats, and your own Houchic might level up differently:

Houchic has the lowest HP out of the starters and one of the lowest out of all Mental types in general. It has a “glass cannon” build, featuring a high special attack stat that complements its moveset.

Crystle should pull you through the first 10 hours of the game without a problem. The real dealbreaker is the second dojo in Temtem, which features Earth and Fire Temtem. That’s a problem because Crystal types are weak against both. It’s too bad, considering Crystle does well fairly on in the game with its meaty defenses. There aren’t any other early-game Crystal Temtem that could match it. If you like the design and can catch other Temtem to counteract its weaknesses, though, then it shouldn’t matter whether it vibes with the second dojo or not.

Crystle might not actually be a Water type, but it is a turtle. Thanks to its Amphibian trait, it gets a boost from Water techniques that many of the early game Water type Temtem might throw at you. If you budget your turns carefully, you can even knock out your opponents in two turns with the Rested ATK and SPATK boosts. Note that Crystle is more of a physical attacker, though.

The Temtem Official Wiki lists Crystle’s base stats as the following:

It might be slow, but it has sturdy defenses and attack power. Just don’t let it get in the way of a non-physical Earth or Fire attack, some of which pop up before the second dojo and in the dojo itself.

Crystle takes more time to evolve than the other starters, but not so much more that it’s a dealbreaker. Its final evolution, Tortenite, is a Crystal/Toxic type.

There’s nothing wrong with Smazee except for the fact that it pales in comparison to the other two starters. It works as a Melee type and doesn’t have many weaknesses in the beginning but is quickly outclassed by other Melee types you can get early on like Skail’s Neutral/Melee hybrid evolution, Skunch. Its final evolution, Seismunch, just adds to the number of type disadvantages. It does have some redeeming qualities, though, like its traits that boost its stats with status conditions and teamwork.

Fever Rush will come in handy for the many Poison-inflicting Temtem in the early game like Kaku. It will also be able to endure multi-target attacks like Ganki’s Chain Lightning without taking any damage.

Smazee’s base stats are the following (via Temtem Official Wiki):

Smazee is like the polar opposite of Houchic when it comes to its stats. In contrast with its high SPATK counterpart, it has a high ATK stat and a moveset that focuses on physical attacks.

Imagine Chimchar except in a Fighting-type to Fighting/Ground pipeline. Smazee has a similar color scheme and animal inspiration, but actually a Melee type. Its final evolution, Seismunch, has more weaknesses than its Melee-type predecessors.

All children eventually leave home to become a Temtem master. Sound familiar? The monster-taming MMO might be the most promising Pokémon-inspired game since Coromon. It drops players into a world with monsters called Temtem, which tamers can catch in the card using digital cards and use to take on dojos (read: gyms) and become Temtem…

All children eventually leave home to become a Temtem master. Sound familiar? The monster-taming MMO might be the most promising Pokémon-inspired game since Coromon. It drops players into a world with monsters called Temtem, which tamers can catch in the card using digital cards and use to take on dojos (read: gyms) and become Temtem…