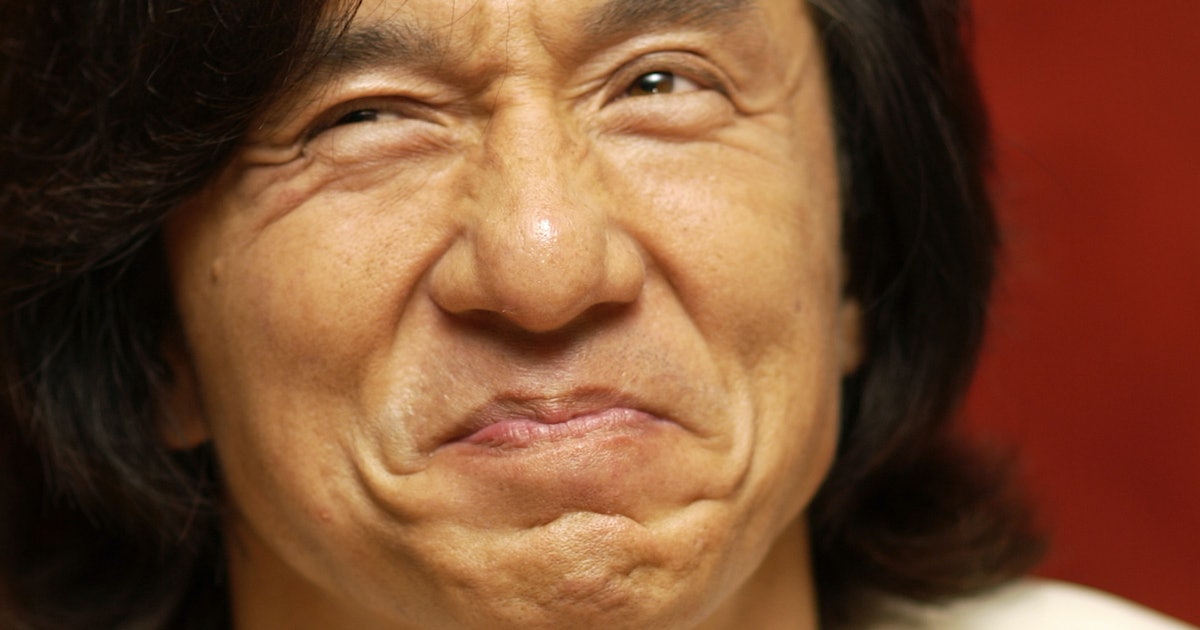 You know you’re in trouble from the film’s first scene. The sun is shining, flowers are blooming, a beautiful deer is sipping from a waterfall… and then we get a close-up of the deer urinating in the water. Expectations have been set, and they’re at rock bottom.

In the action-espionage-“comedy” The Tuxedo, Jackie Chan plays taxi driver Jimmy Tong, famous for getting passengers anywhere they want to go in short order. He may be violating numerous traffic laws and has had his driver’s license suspended nine times, but since his speeding has never actually caused an accident, he miraculously gets to keep his job.

Jimmy’s driving skills earn him a new gig as the personal chauffeur of a renowned international spy. Once his boss falls into a coma following a murder attempt, Jimmy takes over his identity — and his high-tech tuxedo — to help save the world.

The tuxedo appears to have no Earthly limitations, which is initially amusing and soon grating. It grants the wearer countless acrobatic and martial arts skills, which is fair enough. It also lets the user perform all sorts of ballroom dances – weird, but okay. Then, somehow, the wearer is suddenly able to sing in James Brown’s voice, and now you’ve lost me. Even from a sci-fi perspective, this should be out of the tuxedo’s scope, which is a testament to how little the film cares about its world. Director Kevin Donovan must have really wanted to squeeze in a James Brown cameo.

The movie wants to be funny to the point where it becomes embarrassing. All the jokes are crude, gross-out gags with no subtlety or wit, and they’re all shoved in your face for fear that you’d somehow miss them. You’ve got your butt shots, groin shots, and toilet humor; The Tuxedo scrapes the bottom of the barrel, then runs the barrel through a woodchipper. It’s so busy boring you with its flailing attempts at comedy that it’s easy to forget that it has an actual villain with an evil scheme: To poison the world’s water so everyone will have to buy his purified water. Genetically engineered water strider bugs are involved. Sure, why not?

Jackie Chan is a compelling actor, and his martial arts skills are always thrilling, but the movie’s story does him no favors. His charm and comedy chops are bogged down by a shoddy script, and his once famous zeal for doing all his own stunts is gone, leading to a distinct dependency on stunt doubles and special effects. Chan was 47 during filming and had a catalog of injuries, so the decision made sense. But Chan has admitted being disappointed that he was given less say and control over his stunts, and it’s obvious The Tuxedo is trying to swap Chan’s decreased mobility for cheap laughs.

And then we have Jennifer Love Hewitt as Agent Blaine, the requisite partner. Often typecast in the late ’90s and early ’00s as the “hot girl,” Hewett is an entertaining comedic actress when given good material, which The Tuxedo did not offer her. Here, Hewitt is still a hot girl, but a humorless, one-dimensional character only there to be sexualized or subjected to demeaning comments. Her character is on her first field mission, partnered with a man who’s supposed to be a master of spycraft, but as far as she can tell, he’s a bumbling idiot jeopardizing their world-saving mission. She has a right to be frustrated – this is not the time to tell the woman she needs to be “nicer” so she can find a boyfriend.

Then, for some reason, a romance is thrown in between Hewitt and Chan at the very end of the movie. This happens despite no buildup or sexual chemistry whatsoever and is made even more awkward by the very noticeable age gap between Chan and the 22-year-old Hewitt. It feels, like the rest of the movie, perfunctory and forced.

The Tuxedo is generally regarded as Jackie Chan’s worst film, and it’s easy to see why. Chan has such an impressive body of work in action and comedy that this movie simply doesn’t measure up with its clumsy story and awful gags. If you want to see Chan doing superhuman stunts, you’re better off watching his many Hong Kong martial arts films. For comedy, check out Rush Hour or Shanghai Noon – you’ll get far more laughs than you would here. Hell, you’d get more laughs if you visited a morgue.

You know you’re in trouble from the film’s first scene. The sun is shining, flowers are blooming, a beautiful deer is sipping from a waterfall… and then we get a close-up of the deer urinating in the water. Expectations have been set, and they’re at rock bottom. In the action-espionage-“comedy” The Tuxedo, Jackie Chan plays…

You know you’re in trouble from the film’s first scene. The sun is shining, flowers are blooming, a beautiful deer is sipping from a waterfall… and then we get a close-up of the deer urinating in the water. Expectations have been set, and they’re at rock bottom. In the action-espionage-“comedy” The Tuxedo, Jackie Chan plays…