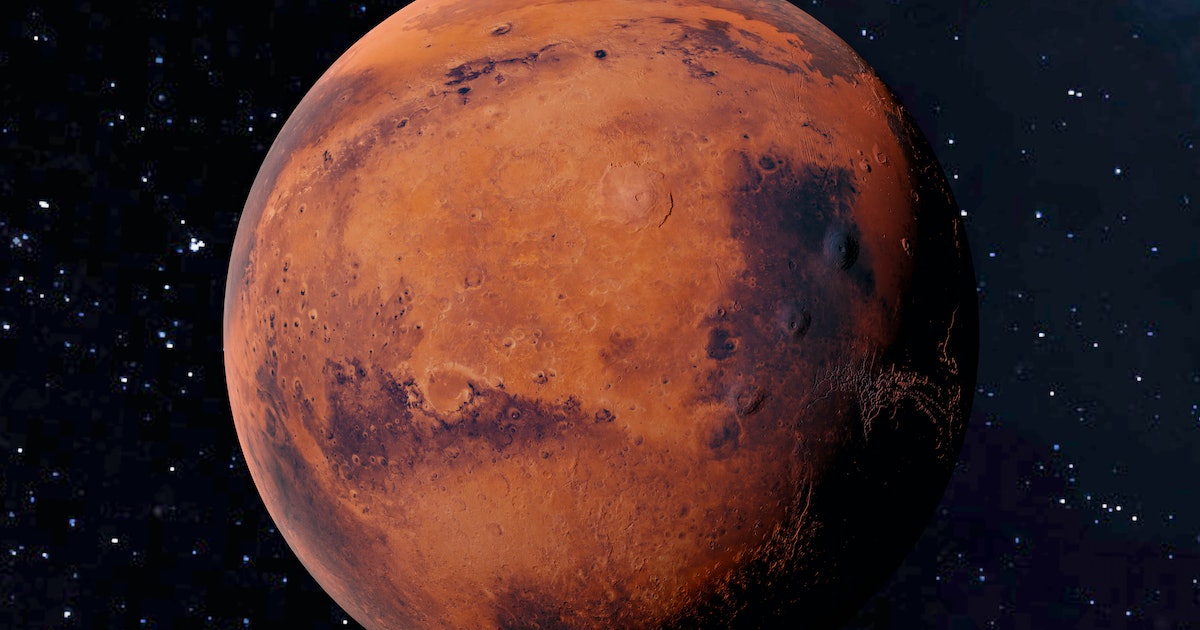 Ever since robotic explorers began visiting the Red Planet during the 1960s and ‘70s, scientists have puzzled over Mars’ surface features. These included flow channels, valleys, lakebeds, and deltas that appear to have formed in the presence of water.

Since then, dozens of missions have been sent to Mars to explore its atmosphere, surface, and climate to learn more about its warmer, wetter past. In particular, scientists want to know how long water flowed on the surface of Mars and whether it was persistent or periodic in nature.

The ultimate purpose here is to determine whether rivers, streams, and standing bodies of water existed long enough for life to emerge. So far, missions like Curiosity and Perseverance have gathered volumes of evidence that show how hundreds of large lakebeds once dotted the Martian landscape.

But according to a new study by an international team of researchers, our current estimates of Mars’ surface water may be a dramatic understatement. Based on a meta-analysis of years’ worth of satellite data, the team argues that ancient lakes may have once been a very common feature on Mars.

The research was led by Joseph Michalksi, an associate professor with the Department of Earth Sciences and the Deputy Director of the Laboratory for Space Research (LSR) at the University of Hong Kong (HKU). The new paper was published in the journal Nature.

“Not all lakes are created equal”

As Michalski explained in a recent HKU press release, current research has focused on larger bodies of water on Mars, potentially neglecting the many smaller lakes that may have existed there:

“We know of approximately 500 ancient lakes deposited on Mars, but nearly all the lakes we know about are larger than 100 km2. But on Earth, 70% of the lakes are smaller than this size, occurring in cold environments where glaciers have retreated. These small-sized lakes are difficult to identify on Mars by satellite remote sensing, but many small lakes probably did exist. It is likely that at least 70% of Martian lakes have yet to be discovered.”

Lakebeds are currently one of the prime targets for robotic explorers on Mars because ancient lakes would possess all the ingredients for microbial light — including water, nutrients, and energy sources like light (for photosynthesis).

Today, the lakebeds of these ancient bodies of water contain sedimentary deposits rich in iron/magnesium clay minerals and carbonates, as well as sulfates, silica, and chlorides. These deposits could potentially contain preserved evidence that would attest to the ancient atmospheric and climatic conditions on Mars.

But as they indicate in the paper, most known Martian lakes date to the Noachian Period (ca. 4.1 to 3.7 billion years ago) and lasted for only 1,000 to 1 million years. In geological terms, this is a relatively short span of time and represents a tiny fraction of the 400 million-year Noachian timeline.

This could mean that ancient Mars was also cold and dry, and flowing water was episodic and short-lived. Because of Mars’ lower gravity and fine-grained soil, the team also theorized that lakes on Mars would have been murky, making it difficult for light to reach very deep and presenting challenges for photosynthesis.

As a result, Michalski and his colleagues argue that large, ancient, environmentally diverse lakes would make a much more promising target for future exploration.

“Not all lakes are created equal,” said Michalski. “In other words, some Martian lakes would be more interesting for microbial life than others because some of the lakes were large, deep, long-lived, and had a wide range of environments such as hydrothermal systems that could have been conducive to the formation of the simple life.”

However, there is also evidence that lakes existed on Mars during more recent geological periods but left fewer traces. These include paleolakes in the Hesperian Period (3-3.7 billion ago) and shallow marshy lakes during the Amazonian (less than 3 billion years ago).

These features would be similar to those found on Earth, where similarly cold conditions exist, and would likely resemble shallow lakes found in drier regions (Hesperian) and thermoklasts (marshy hallows) that occur during permafrost thaws (Amazonian).

David Baker is an ecologist at HKU School of Biological Sciences and a co-author on the paper who is well-versed in microbial systems in Earth’s lakes. As he summarized, Earth analogs could help expand the search for life on Mars by allowing scientists to look in more diverse environments:

“Earth is host to many environments that can serve as analogs to other planets. From the harsh terrain of Svalbard to the depths of Mono Lake – we can determine how to design tools for detecting life elsewhere right here at home. Most of those tools are aimed at detecting the remains and residues of microbial life,”

This research bolsters the ESA’s recently-released mineral map of Mars, which showed how aqueous minerals (those that form in the presence of water) are ubiquitous on the surface.

It could also help inform future robotic missions, which include the ESA’s Rosalind Franklin rover, which is currently scheduled to launch by 2028. China’s first lander and rover mission to Mars, Tianwen-1 and Zhurong, landed on May 14th, 2022, and is currently exploring the plains of Utopia Planitia.

This region was once the site of an ocean that covered most of the northern hemisphere, and likely contains mineralogical and chemical evidence of how and when Mars transitioned from a warmer, wetter planet to what we see today.

The Perseverance rover is currently collecting and caching samples that will be retrieved by an ESA-NASA sample-return mission in the coming years. This will be the first time that samples from Mars are brought back for comprehensive analysis that can only take place in Earth-based labs.

China is planning a similar sample-return mission that could be sent to a Hesperian or Amazonian lakebed and will likely occur by the end of the decade. These and other missions will also pave the way for crewed missions, which NASA and China are planning on mounting by the early 2030s.

These missions will land in regions that have accessible water, which could double as a site for potential research. If there really was life on Mars billions of years ago (or still is today), the evidence won’t remain elusive for much longer!

Ever since robotic explorers began visiting the Red Planet during the 1960s and ‘70s, scientists have puzzled over Mars’ surface features. These included flow channels, valleys, lakebeds, and deltas that appear to have formed in the presence of water. Since then, dozens of missions have been sent to Mars to explore its atmosphere, surface, and…

Ever since robotic explorers began visiting the Red Planet during the 1960s and ‘70s, scientists have puzzled over Mars’ surface features. These included flow channels, valleys, lakebeds, and deltas that appear to have formed in the presence of water. Since then, dozens of missions have been sent to Mars to explore its atmosphere, surface, and…