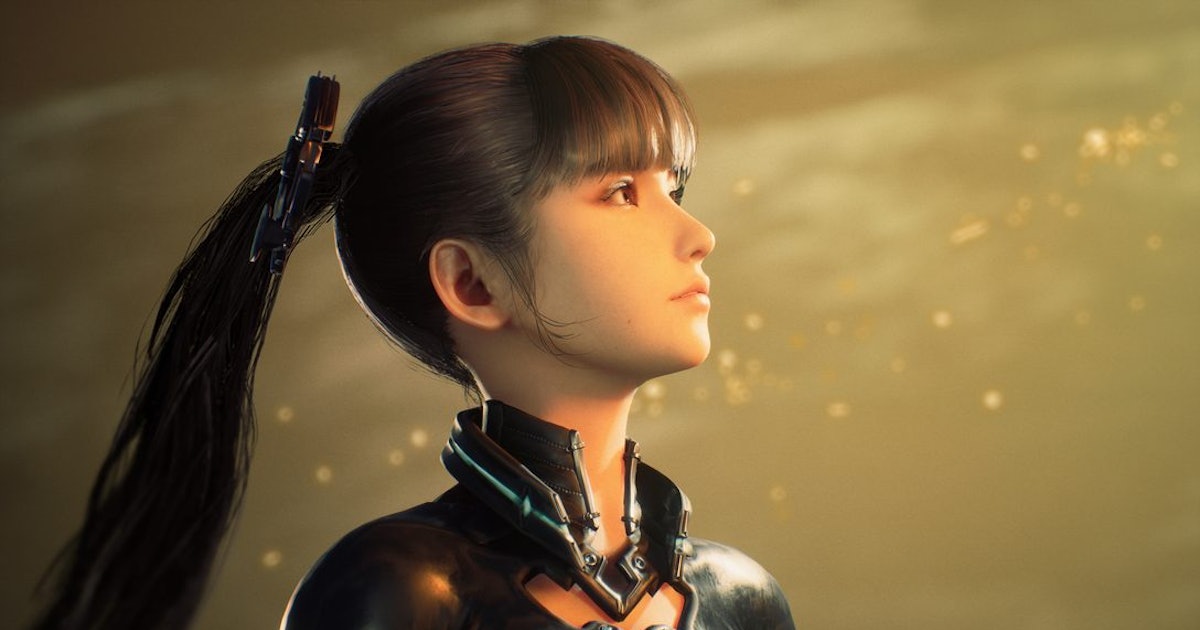 Project Eve was one of the most surprising reveals at the September 2021 PlayStation Showcase. This action game, which was clearly inspired by the likes of Bayonetta, Nier: Automata, and 2018’s God of War, is from a little-known studio called Shift Up Corporation, but it sports impressive visuals and spectacular set-pieces. Returning under the new title Stellar Blade at the September 2022 State of Play, the game delivered more concrete information. Here is everything you need to know about the stylish hack-n-slash.

When will Stellar Blade be released?In addition to revealing a new title, Stellar Blade announced that it will be released sometime in 2023. It has been in development since its announcement in 2019, and in 2021 Director Hyungtae Kim said, “We have progressed about halfway through the development.”

Is there a Stellar Blade trailer?

The most recent trailer was shown off during the September 2022 State of Play and gives gamers a look at the incredible set pieces Stellar Blade has to offer.

Stellar Blade was initially shown off in a four-minute trailer under the title Project Eve during the September 2021 PlayStation Showcase. It sets up the game’s premise and gives a taste of its characters and gameplay. You can check out the trailer below:

Is Stellar Blade a PS5 exclusive?

Previously, the developers have stated that the game is intended to be released for PC, PS4, PS5 Xbox One, and Xbox Series X. However, recent messaging has labeled Stellar Blade as a console exclusive on PS5. This means the game will most likely come to PC in the near future, but won’t be making its way to Xbox.

At the very least, the PS5 version will exclusively use the DualSense’s haptic feedback to let players feel blade slices and other skills.

Who are the developers of Stellar Blade?

Shift Up Corporation might not sound familiar to gamers outside of Korea. This is the studio’s first AAA game. Before Stellar Blade, the studio released the mobile title Destiny Child in 2016 and it is still active today.

In addition to the current development of Stellar Blade, Shift Up is working on a second mobile game titled Nikke: Goddess of Victory. Stellar Blade is a departure from the mobile gacha games Shift Up makes and boasts impressive 3D graphics and action combat.

What is the Stellar Blade story?

The trailer teases an exciting post-apocalyptic sci-fi adventure. In a PlayStation Blog post, Director Hyungtae Kim teases what exactly the game is about.

“In the not-too-distant future, mankind is expelled from Earth after losing the battle against the invaders called the NA:tives,” he explains. “To win back Earth, the player becomes Eve, the survivor of the paratrooper squad deployed from the Colony, who must fight through powerful enemies with new comrades.”

Eve will find herself in the last remaining human city on Earth, Xion. Not to be confused with the last human city in The Matrix, Zion. Eve will need to build relationships with the people of Xion. “Whether you will help the survivors or not, depends purely on your decision as the player.”

From the trailers alone, we can see that Project Eve will be an intense action game. The PlayStation Blog post about the game teases that the game will have fast but deliberate combat as players have to switch between attacking, parrying, and defending.

Parrying and defending fills the “beta gauge,” which players can then use to pierce armor and interrupt enemy combos with powerful attacks. The post also teases some traversal mechanics, including how the main character can scale walls, slide down slopes, and switch on objects scattered throughout the game’s world.

“Simple yet profound, the combat action is all about various options you’re given and a series of constant attack and defense,” Lead Combat Designer Kiseok Kim explains on the game’s website. “The enemy’s every move is deliberate, and this allows the player to counter it with appropriate moves and lead the battle to their own advantage.”

The suggestion that the game will involve some choice as to how Eve interacts with the citizens of Xion could hint at a Souls-like hub area that lets you pursue quests and relationships with certain NPCs that will affect the ending of the game.

If you’re a fan of intense action games, Stellar Blade is a title that needs to be on your radar.

This article was originally published on Sep. 10, 2021

Project Eve was one of the most surprising reveals at the September 2021 PlayStation Showcase. This action game, which was clearly inspired by the likes of Bayonetta, Nier: Automata, and 2018’s God of War, is from a little-known studio called Shift Up Corporation, but it sports impressive visuals and spectacular set-pieces. Returning under the new…

Project Eve was one of the most surprising reveals at the September 2021 PlayStation Showcase. This action game, which was clearly inspired by the likes of Bayonetta, Nier: Automata, and 2018’s God of War, is from a little-known studio called Shift Up Corporation, but it sports impressive visuals and spectacular set-pieces. Returning under the new…