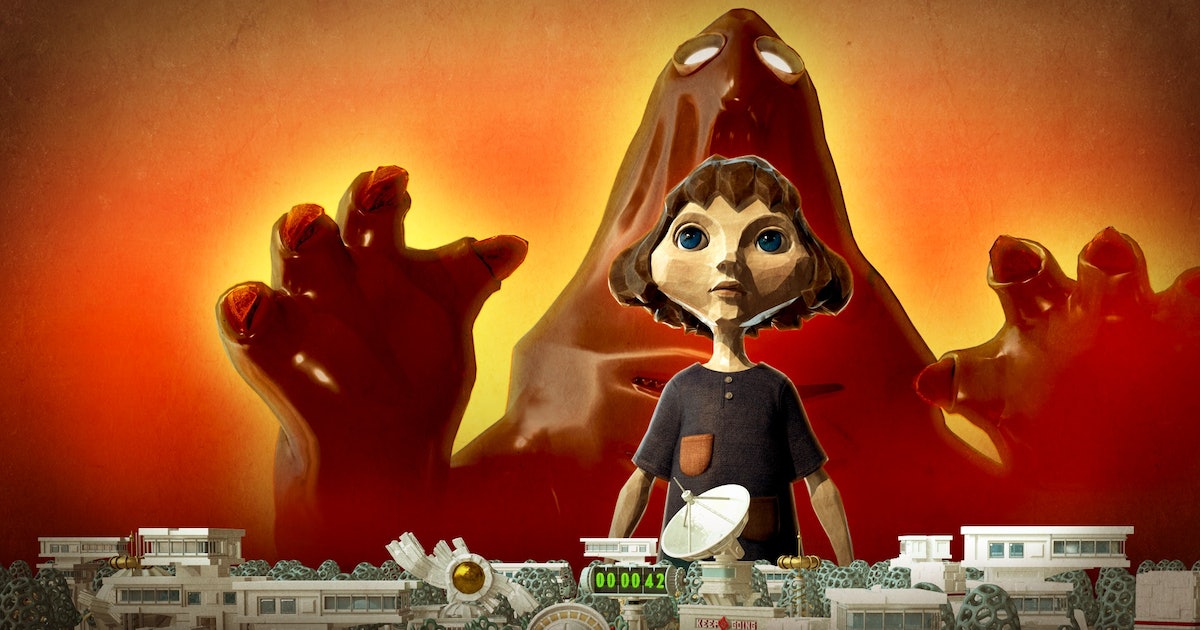 The most fascinating work sim on PS5 makes drudgery beautiful

Work is fun, at least in cozy games like Animal Crossing and Stardew Valley. Whether you’re shaking trees alongside anthropomorphic friends or tending crops and flirting with neighbors, these games transform the real-life drudgery of labor into a chill pastime. The Tomorrow Children: Phoenix Edition instead embraces the drudgery, making for a decidedly unchill game where work isn’t necessarily fun, but it can be rewarding.

A quick history lesson: The Tomorrow Children launched on PS4 in 2016. The free-to-play game emphasized building towns with other players online and relied microtransactions to stay afloat. While it amassed a small cult following who praised its artistic success, it failed to pay the bills, so its servers were shut down six months later.

In September 2022, the aptly named The Tomorrow Children: Phoenix Edition brought the idiosyncratic game back from the dead. This time, it’s a paid title with no microtransactions and peer-to-peer multiplayer, so a server shutdown won’t destroy it again.

In 2016, The Tomorrow Children’s graphics were groundbreaking. The reboot maintains the creepy charm of its clay doll characters, its surreal architecture, and its over-the-top lighting effects. The Tomorrow Children: Phoenix Edition doesn’t look quite as revolutionary now, but in a way, it stands out more against the tide of photorealism that’s advanced so much since 2016.

So that all makes The Tomorrow Children an interesting artifact, but as a game, it’s more complicated.

Plenty of games involve some kind of work. The Tomorrow Children is about work. It’s not doing your chores to get to the good part. The toil as the main attraction.

Your goal in The Tomorrow Children is to carve a new civilization out of a featureless void, the result of a science experiment gone horribly awry. You start by piecing together your own little town from resources found on islands that occasionally bubble up from the nothingness nearby. Armed with a suite of tools, you’ll strip these islands bare — cut away trees, smash rocks, atomize the ground itself.

Not all at once, though. Your inventory is tiny at first, so you’ll haul resources back four at a time, stacking them in neat piles before returning for more. Extracting these resources isn’t frictionless like it is in other games, either. It takes a few seconds of watching a meter fill to get the goods, multiplied by dozens of times per island. Then you trade your treasures in for a new building or more tools and get right back to work.

If you need a break, you can always run on a treadmill to generate electricity for your town or defend it against frequent monster incursions with some particularly unsatisfying combat. You’ll need to, in fact, unless you want all your hard work to be destroyed, as it can be surprisingly quickly. This all adds up to a game where there’s constantly something to attend to, but none of it is very fun.

That’s a problem, but not a fatal one: “Fun” is the goal the vast majority of games strive for, but it’s not the only one available. Some incredible games instead want to teach you something or make you look at the whole medium in a different way. What The Tomorrow Children offers is more abstract still: the thrill of fleeting cooperation, dullness bordering on meditation, and even brief glimpses of the sublime.

At any time, you can visit other players’ towns. Other players will appear as ghosts to you, as they do when they visit you, specters working briefly by your side. There are shades of Dark Souls and even Death Stranding in these interactions. You can’t really communicate with other players, but you can help each other. You may never see them, but they’ll affect your world.

Even the ground you walk on feels like a phantom slipping through reality. Some islands are just that: islands. Others take the form of bewildering geometric shapes floating in space or the corpses of giants. Seeing these islands slowly emerge from the ground in all their terrifying beauty is a highlight of The Tomorrow Children — a brief respite from work where you can simply observe something impossible happening before your eyes.

I can’t say I enjoyed my time with The Tomorrow Children, but I’m glad I played it. It’s good to see such a wild experiment on such a large scale, in spite of the original’s unceremonious end. There’s a reason it captivated players the first time around, and while I don’t share their enthusiasm, I think I understand it. The Tomorrow Children is a reminder that some games can and do succeed at things most don’t even attempt. I hope its fans enjoy the fruits of their labor even more this time around.

Work is fun, at least in cozy games like Animal Crossing and Stardew Valley. Whether you’re shaking trees alongside anthropomorphic friends or tending crops and flirting with neighbors, these games transform the real-life drudgery of labor into a chill pastime. The Tomorrow Children: Phoenix Edition instead embraces the drudgery, making for a decidedly unchill game…

Work is fun, at least in cozy games like Animal Crossing and Stardew Valley. Whether you’re shaking trees alongside anthropomorphic friends or tending crops and flirting with neighbors, these games transform the real-life drudgery of labor into a chill pastime. The Tomorrow Children: Phoenix Edition instead embraces the drudgery, making for a decidedly unchill game…

Everything we know about the YouTuber’s new indie game label