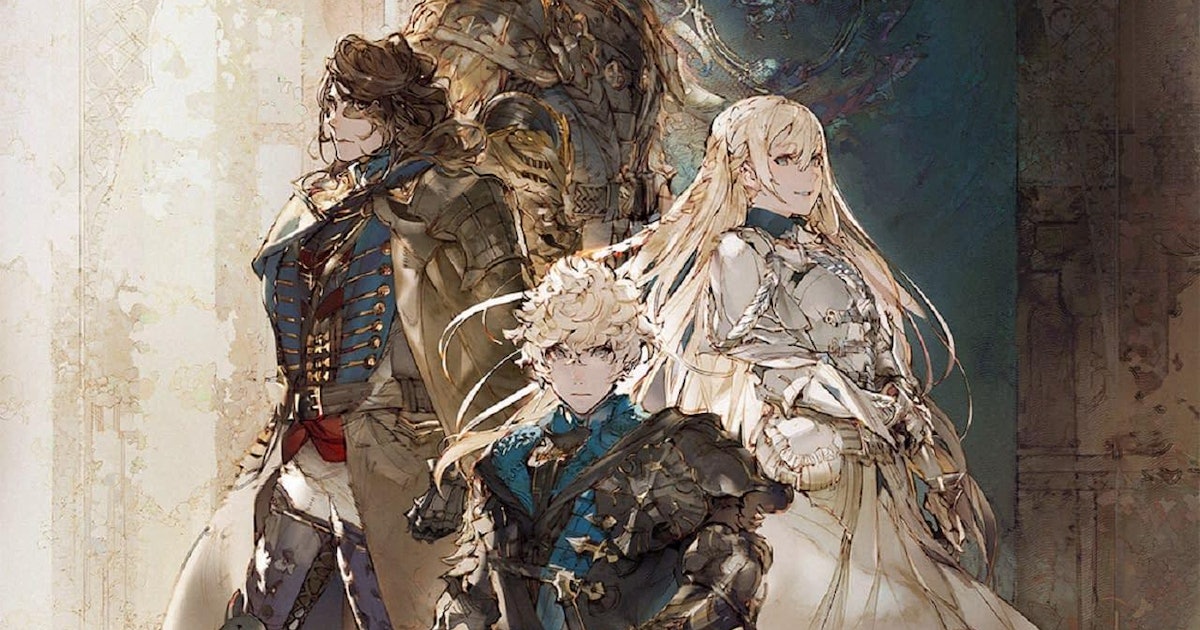 Is ‘The DioField Chronicle’ worth it? Superb combat might not be enough

A gang of bandits on horseback chase down a carriage on a dark woodland path.

The bespectacled blonde woman inside pleads with her driver to hurry. He does, only to crash directly into a fallen tree. His horses tear loose and run away as the cart drifts to a screeching halt in a clearing. The now-limp driver inexplicably vanishes as the outlaws bear down on the woman, who remains motionless, a hand resting on her chin as if lost in thought. Her sky blue overcoat is the only pop of color in the entire scene.

She bears the same name as my grandmother, Lorraine, in a game full of weird, unreal names like Rickles, Izelair, and Umarida. “Maybe you should try running, grandma?” I wonder.

Suddenly, a heavily armored knight atop a gallant — but also dark — horse, leaps 30 feet into the air. The man plunges a jousting lance into the chest of an outlaw, jumps a more modest 20 feet up, and then rams the poor man’s body into the ground with a crash.

This opening cutscene of The DioField Chronicle showcases all of the game’s strengths, but it also exposes the biggest shortcomings of the experience. The heroes are badass, the scope is epic, but so much of the character and world design lack color. Engaging progression and combat systems elevate this solid, but not outstanding, strategy RPG that makes some baffling choices. What happened to the valet? Why didn’t grandma run?

Why am I here?

Our story takes place on DioField Island, where the Kingdom of Alletain has peacefully ruled an aristocratic society for 200 years. But a rising Empire from a nearby continent wielding Modern Magic threatens what may be the entire world — especially because DioField is rich in the precious mineral of Jade which is crucial for any kind of magic, modern or otherwise.

In the growing chaos, a group of elite mercenaries form a company called Blue Fox. You play as the calm and confident rogue named Andrias, whose longtime friend Fredret is the gallant knight with the jousting lance who Yamcha’d that poor bandit. They call each other “Rias” and “Fred,” and that’s all the levity you get in this game. Together with the knight-errant archer Iscarion and the magicker noblewoman Waltaquin, they split leadership duties.

Though DioField Chronicle’s story is a slow burn, it wastes no time in its opening chapter getting to this hugely important core dynamic: Andrias, Fredret, Iscarion, and Waltaquin are allies constantly drawn into conflict with one another over their principles. This central dynamic is refreshingly novel, but much of DioField’s storytelling elsewhere feels generic and confusing. Important plot beats are sometimes reduced to a single hand-drawn image as part of a cutscene, and oftentimes silly diagrams on a map overexplain political dynamics for characters you’ll struggle to care about.

Twice in the opening chapter, we’re told that an important person was shot by a stray arrow. If we get to see a cutscene of Fredret blasting a nameless goon into the ground, then why can’t we see these important moments represented? Strange choices like these routinely undermine the game’s sense of immersion — as do naming conventions like an actual place called “North Central Field.”

The DioField Chronicle continues a trend for developer-publisher Square Enix leaning into grimdark fantasy. Like Triangle Strategy and the upcoming Final Fantasy XVI, the world is bleak and full of political tensions that prelude to open conflict. Rather than slow down to focus on developing charming characters and investing in moments of levity to balance out the tone, DioField tries much too conspicuously to be like Game of Thrones — especially with the diorama approach to combat environments and many cutscenes and the superb score from GoT veteran composers Ramin Djawadi and Brandon Campbell.

A better kind of battle

DioField’s saving grace is its “Real Time Tactical Battle” (RTTB) system, a novel approach to combat that feels like the midpoint between real-time strategy like Age of Empires and smaller, more tactical experiences like Fire Emblem.

Individual encounters typically involve surprise enemy spawns and a few interactive pieces. Maybe you’re lowering a drawbridge or capturing a castle, but the sprawling nature of these maps always incentivizes sneaking up on single opponents to pick them off. Or, maybe you draw the attention of a large group and lure them into a chokepoint where you can pummel them with magic and arrows. Attacking enemies from behind also causes bonus ambush damage, adding an additional mechanic to consider.

Though you have four characters on the battlefield at any time, each can have an adjutant assigned, which allows them to use that other character’s active abilities. Functionally, it feels like you’re able to multiclass in a wide variety of ways to suit your playstyle. Factor that alongside ultra-powerful summons like the Final Fantasy classic Bahamut, and you have a myriad of ways to approach encounters.

Menu design isn’t very intuitive, but DioField juggles several different progression systems and enhancement trees that all feel satisfying. Even the pacing of progression feels pitch-perfect. You don’t need to do a ton of grinding, even on normal difficulty.

If the overall execution of DioField Chronicle offered more, then the excellent combat would be the feather in its cap, instead of the one thing keeping me playing.

DioField expresses a myriad of aesthetic contradictions. Some are puzzling. Others are infuriating.

Character designs are exquisitely drawn by Isamu Kamikokuryo, who also worked on Final Fantasy X, XII, and XII. The brilliant stylish flairs of Final Fantasy are here in the hand-drawn character portraits with a delicious amount of detail given to the hair. Moment-to-moment gameplay animations outside of battle, however, fail to rise to the levels of brilliance achieved by Kamikokuryo’s art.

Things go wrong in between missions when you spend time at Elm Camp, a central hub where you can talk to characters, invest in upgrades, and mostly wonder why Elm Camp even exists. The DioField Chronicle doesn’t do social interactions between its cast members particularly well, particularly compared to standout recent SRPGs like Fire Emblem: Three Houses. Most of the time, the characters don’t have much to say. Stiff animations and wooden character models make it difficult to summon much sympathy for these characters — or their goals.

Perhaps worst of all is the way DioField approaches dialogue.

The voice actors deliver great performances, but the game’s repeated use of “all-purpose” one-liners quickly grows maddening: A box of dialogue appears, and the characters repeat one of perhaps a dozen different lines. Maybe it’s a laugh or a gasp. Maybe it’s a confused “What!?” followed by an angry “Hey!” Close your eyes and listen to just the snippets, and it’ll start to feel like a fever dream.

“How could this happen!?” Iscarion gasped at one point. I opened my eyes and read: “History is one long story of self-serving nobles ignoring the plight of the common man.” Then I had to go to Elm Camp’s library to read about how DioField nobility has defined the continent’s society for centuries. Ugh.

Boring library trips aside, I’d rather have only vocal work during cutscenes and have to read most text than endure the neverending string of grunts and chuckles, or worse, Waltaquin’s insane cackle. If you skip through most dialogue, vaguely pay attention to the story, and focus on the intensely enjoyable combat encounters, then the game’s 25-hour runtime is well worth it. The combat itself is good enough to serve as the basis of an entire DioField franchise if Square Enix is so inclined, and it’s memorable enough that I could see this game becoming a cult classic.

Still, I could not shake the feeling that I’d rather be flirting my way through Fódlan than fighting on the isle of DioField any day.

A gang of bandits on horseback chase down a carriage on a dark woodland path. The bespectacled blonde woman inside pleads with her driver to hurry. He does, only to crash directly into a fallen tree. His horses tear loose and run away as the cart drifts to a screeching halt in a clearing. The…

A gang of bandits on horseback chase down a carriage on a dark woodland path. The bespectacled blonde woman inside pleads with her driver to hurry. He does, only to crash directly into a fallen tree. His horses tear loose and run away as the cart drifts to a screeching halt in a clearing. The…