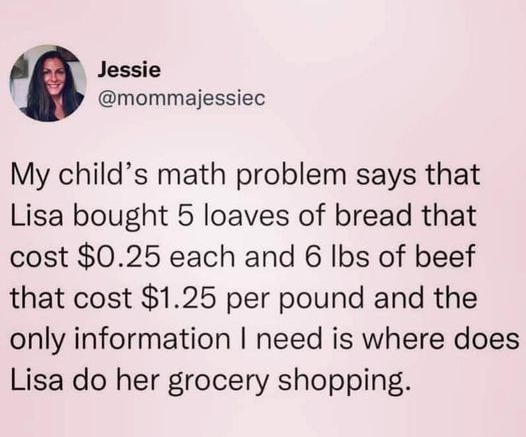 Tuesday Newsfeed: “If Tuesday were a movie, it would be called Monday Part:2.”

Posted by Maggie on September 20, 2022 in General News

A small snapshot of a mommy Facebook group I’m in: https://t.co/NrFAxy5b0A pic.twitter.com/8fnw1k7Xyq 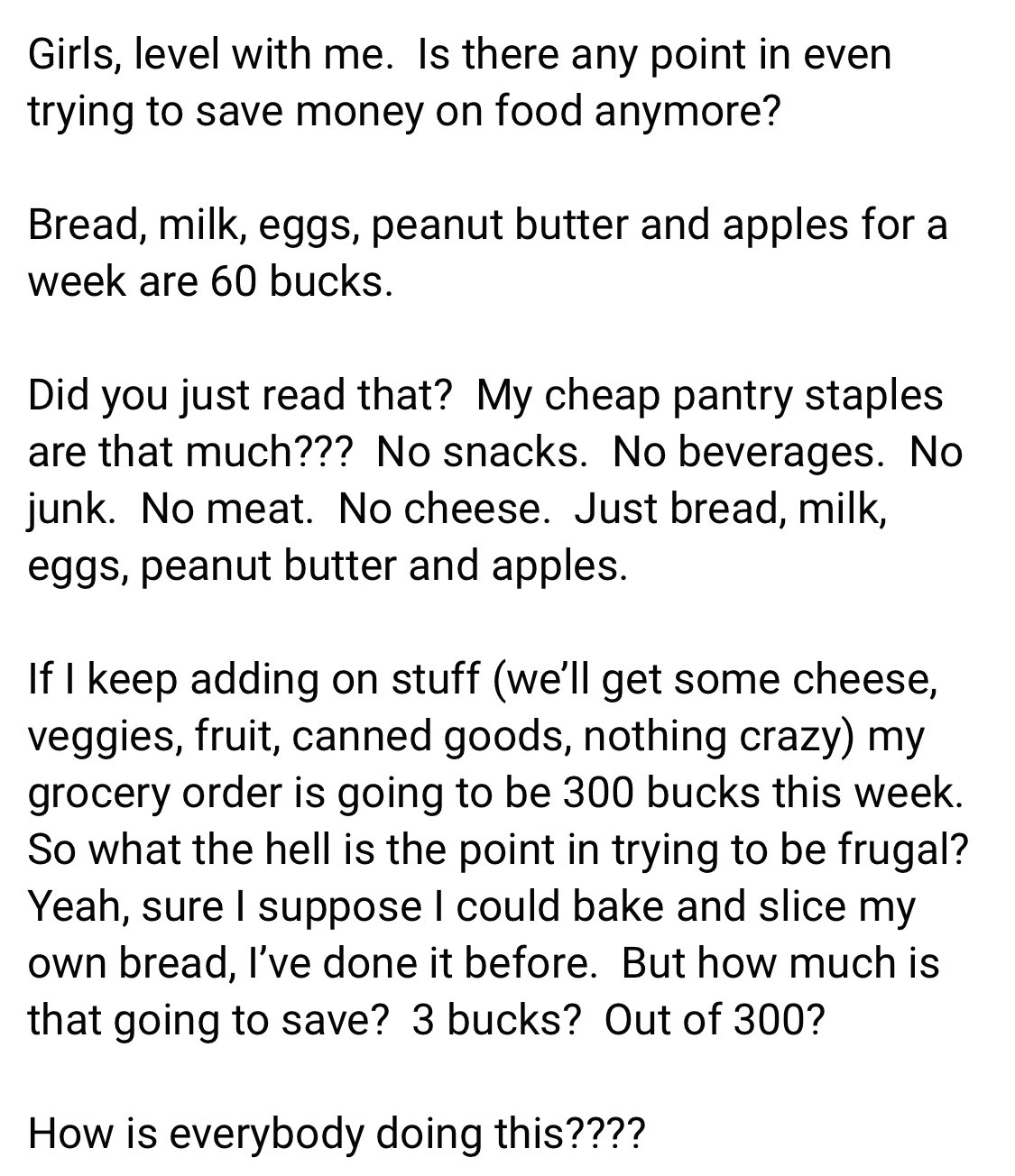 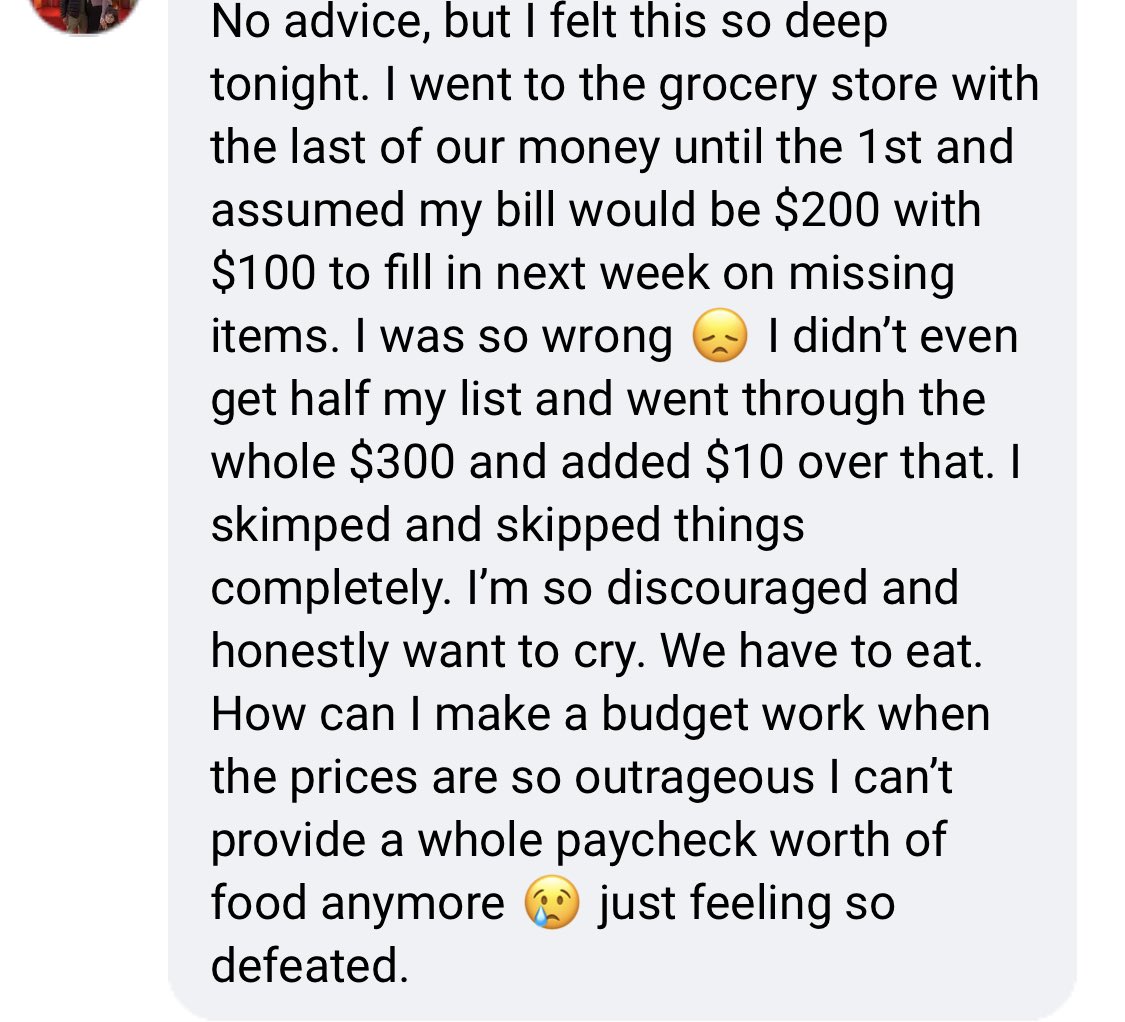 how many of those moms voted to get rid of mean tweets?

Joe Biden doesn’t seem to remotely understand how bad inflation is for average Americans. Grocery costs were up 13.5% over last year for example. He’s acting like forty year high inflation is no big deal. Crazy. pic.twitter.com/u7KBrwloZU

All the World are in an Economic Apocalypse:

I am sick and tired of trickle-down economics. It has never worked.

We’re building an economy from the bottom up and middle out.

VIDEO: Stuart Varney: The economy ‘is going to get worse’. Biden tone-deaf about the economic issues the average American is facing

Megan Henney: Inflation could soon push you into a higher tax bracket: What to know: IRS to release adjustments for federal income tax brackets later this year

Brian Evans: ‘Firewood is the new gold’ – prices and theft jump in Europe as Russia’s gas cutoff boosts wood demand ahead of winter

Rick Scott, Evan Hafer: Woke Wall Street is in for a reckoning: Wall Street’s ESG is the slippery slope to a Chinese-style social credit system

NEW: Joe Biden told us on 60 Minutes yesterday that those who think he’s not mentally fit to be president should “watch me.”

America has been watching, Joe, and we’ve seen enough.@XStrategiesLLC pic.twitter.com/Au8ua92aYL 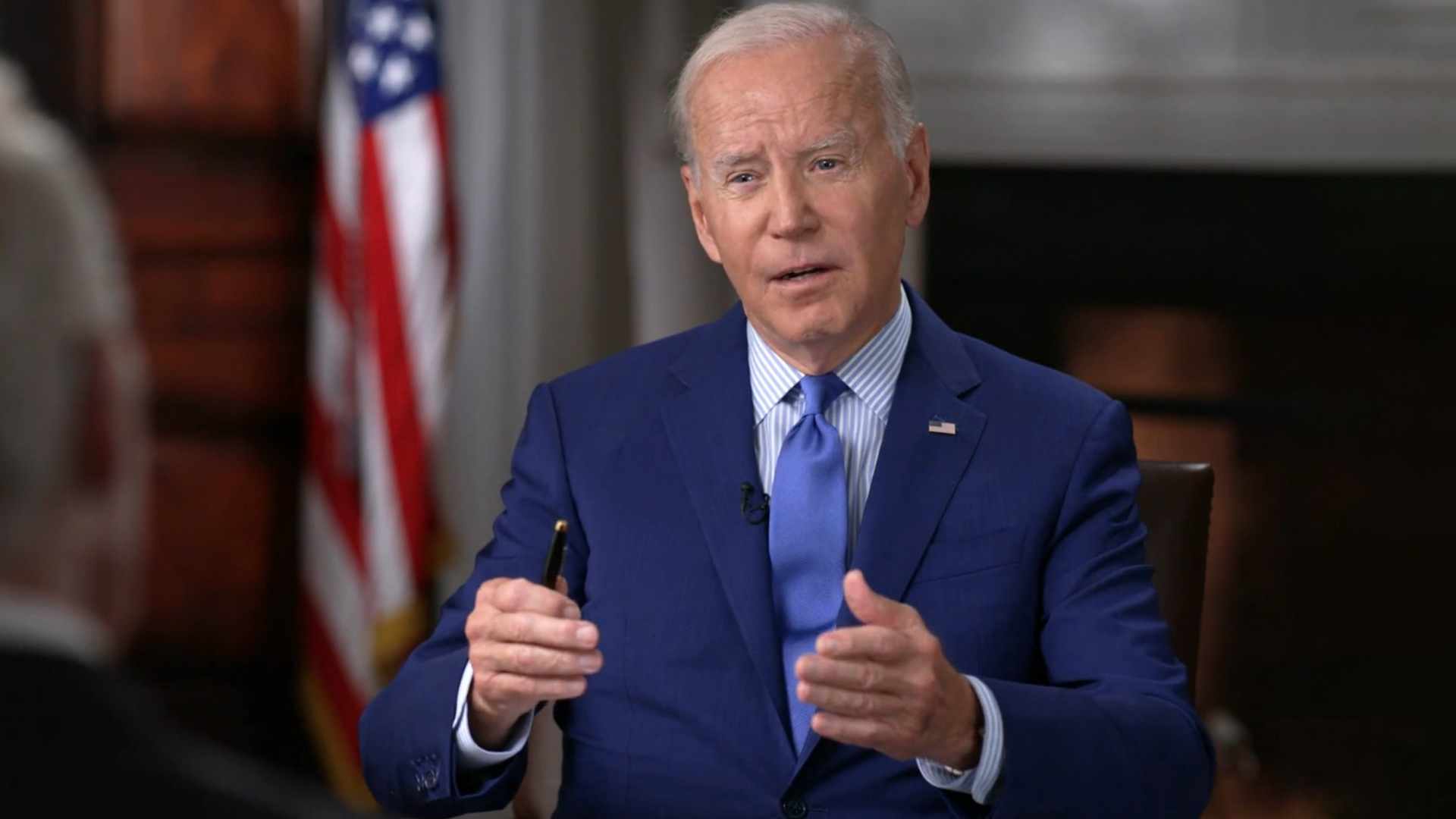 “Look man, I’ve got the mental acuity of a seven-year-old and the physical fitness I’ve had since I first went into the Senate 150 years ago.”

KJP: “The president said, and he was very clear in his 60 Minutes interview, that COVID remains a problem and we’re fighting it.”

Biden in his 60 Minutes interview: “The pandemic is over.” pic.twitter.com/3kZKBCuSGy

Gabriel Hays: White House ridiculed after walking back Biden’s statement that pandemic is over: ‘He is not in charge’: Ted Cruz mocks Biden: ‘Like clockwork. Biden’s handlers are out in force’

Taylor Penley: Wall Street Journal editorial board calls out Biden for COVID comments: He wants it ‘both ways’: Biden claimed the COVID-19 pandemic is ‘over’ during an interview on CBS’ ’60 Minutes’ 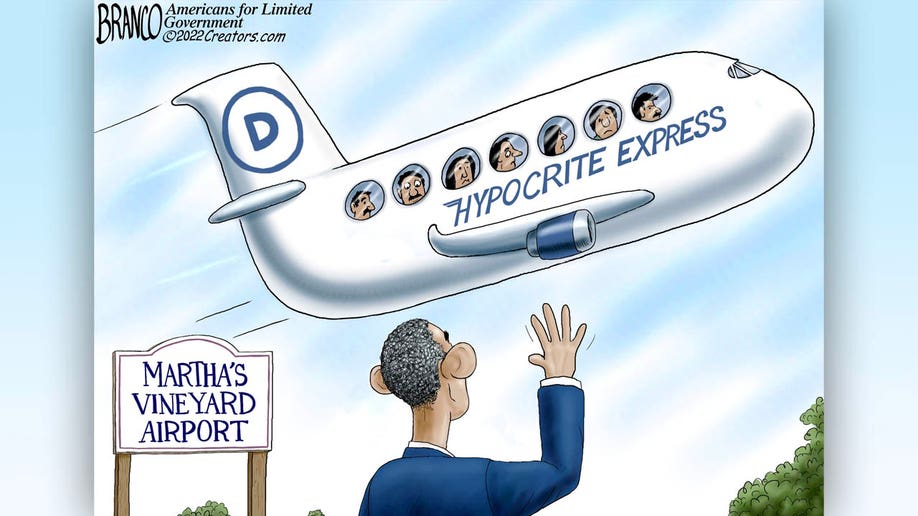 Reporter: “Why is the border more open than ever under your watch?”

Biden: “There are fewer immigrants coming from Central America and Mexico. This is a totally different circumstance.” pic.twitter.com/hMOoXbsg4R

Well, that’s what happens when most of those folks that are coming are, like, already here … and when you add countries around the globe now in the numbers, Joe.

Melanie Arter: Law Professor Jonathan Turley: If Transporting Migrants Is Illegal, ‘Biden Would Be the Biggest Coyote Ever’

The Corruption of the Corrupted: 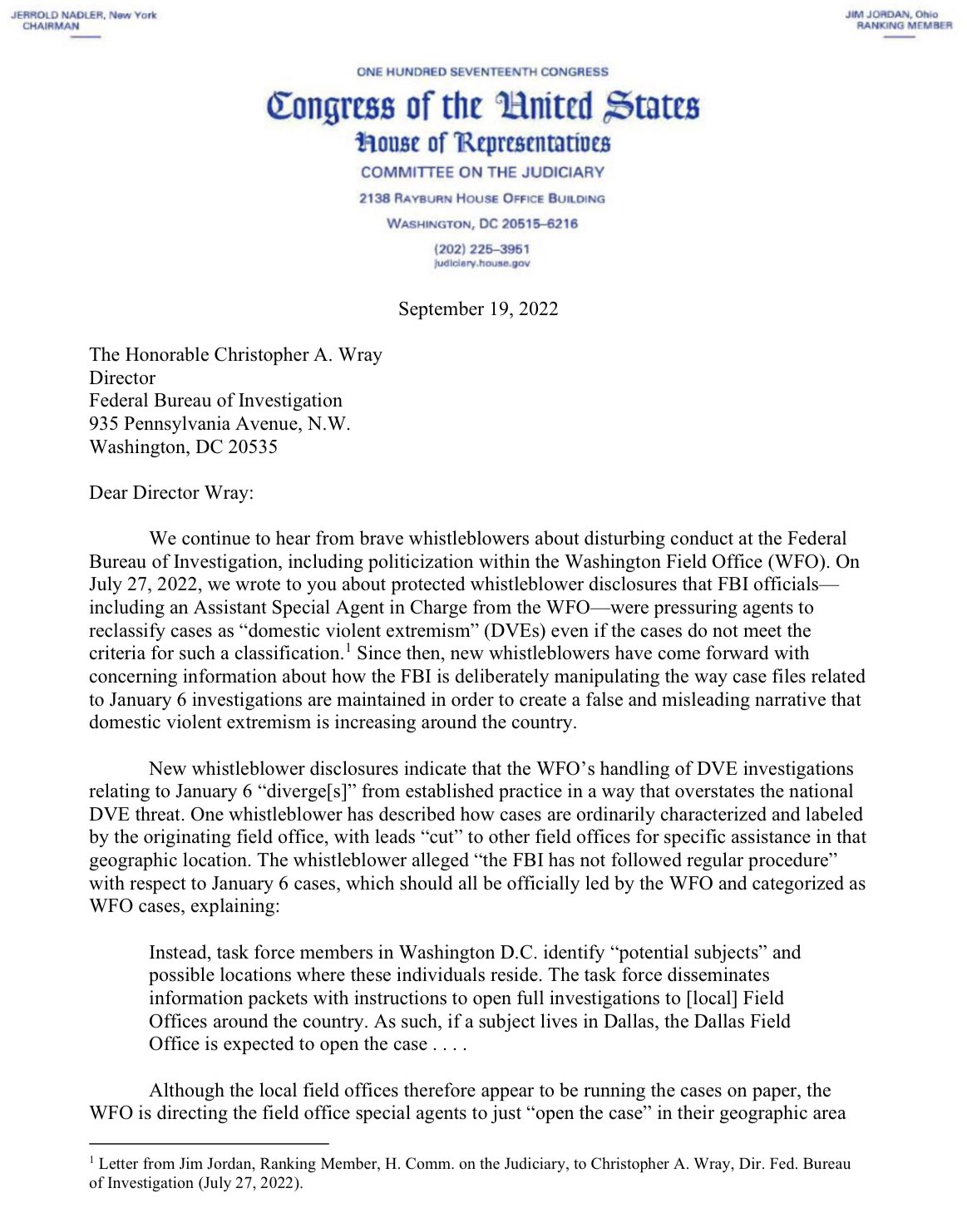 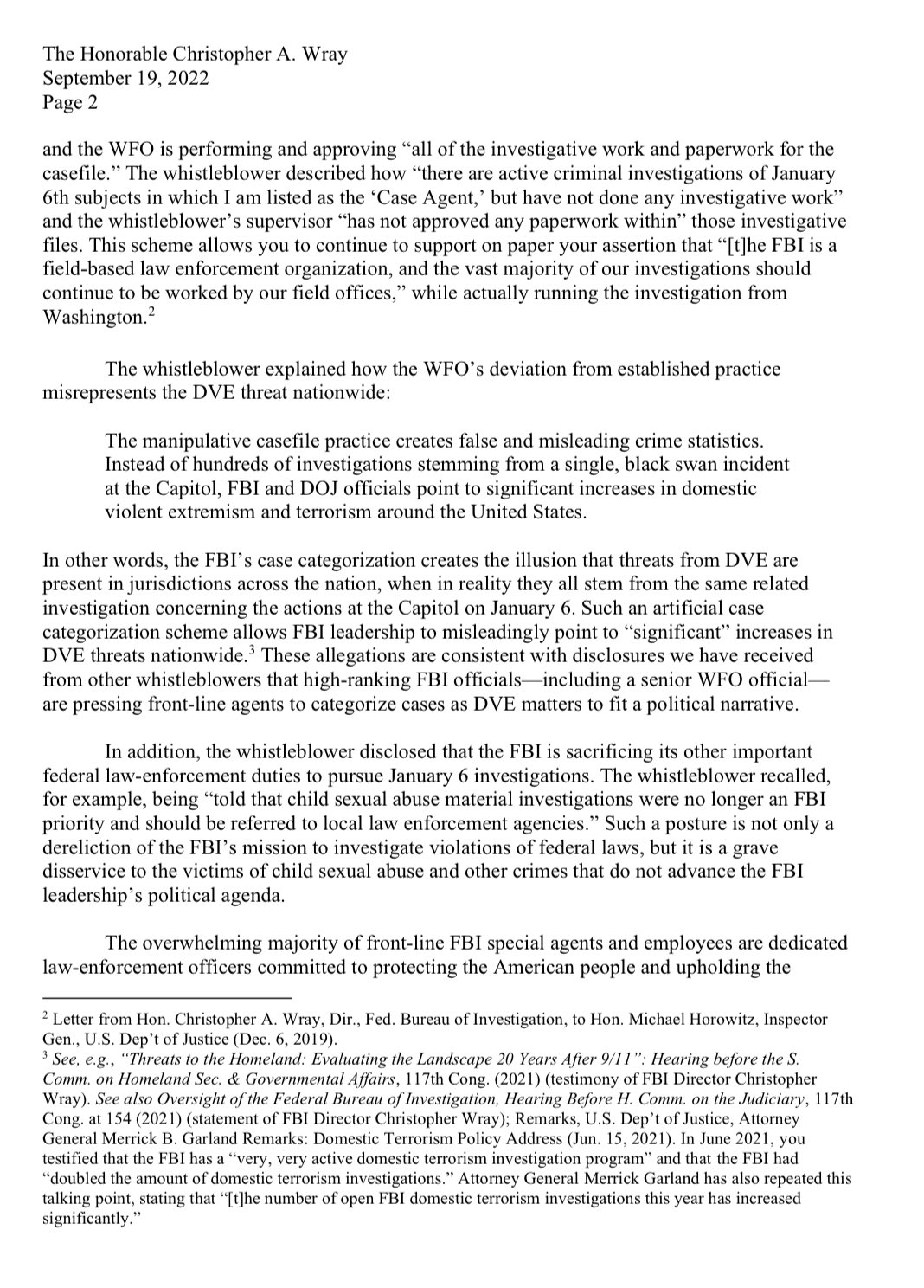 #BREAKING: New whistleblower information reveals that the FBI is moving agents off of child sexual abuse investigations to instead pursue political investigations.

The whistleblower recounted being told that “child sexual abuse investigations were no longer an FBI priority.” pic.twitter.com/EBXrnVWhO6

The whistleblower described how a “manipulative” practice by the FBI overstates the DVE threat nationwide by categorizing Jan 6-related cases as originating in field offices around the country rather than “stemming from a single, black swan incident” in Washington, D.C.

On top of everything else, not sure many are considering how this country looks if half the population views the FBI as the enemy of the people.

Game this out. FBI agent shows up at your door today asking for help/info on something unrelated to you. You helping? https://t.co/Uguq8MJ0Ou

From Social to Anti-Social to Sociopath Media:

Twitter, Facebook, Google, Yahoo all have more power of election interference than any Republican law for voter ID. Just be honest about the Authoritarian moves. #BidenWorstPresidentInHistory

Viral images of a trans teacher wearing oversized breasts that sag to the waist have been investigated by @ReduxxMag. The tech teacher is “Kayla Lemieux,” of Oakville Trafalgar High School in Ontario, Canada. The school stands by its teacher. https://t.co/jtBWfpIhyN

My reply tweet: “I hope his back and shoulders are k*lling him.”

Any woman with larger than a 34C knows exactly what I was referring to.

🗳️ Did King Charles III proclaim Donald Trump the winner of the 2020 US presidential election?

No, that is false — this image shows the monarch signing an oath to uphold the security of the Church of Scotland https://t.co/yPEElEje4q pic.twitter.com/5EN9Kj6qeK 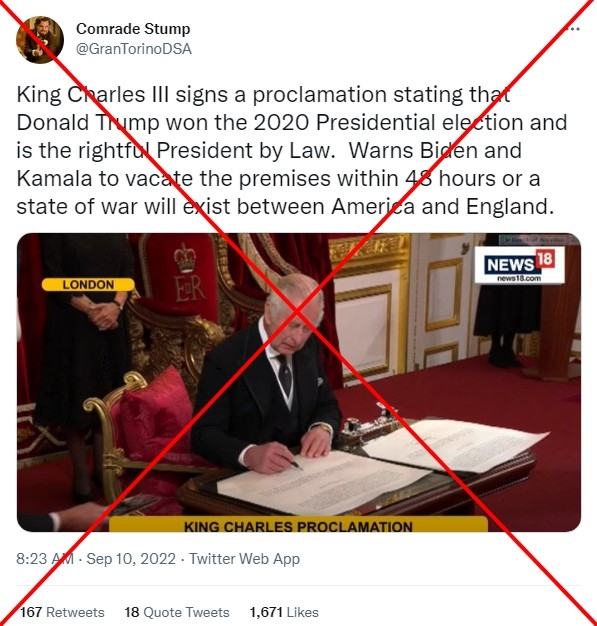 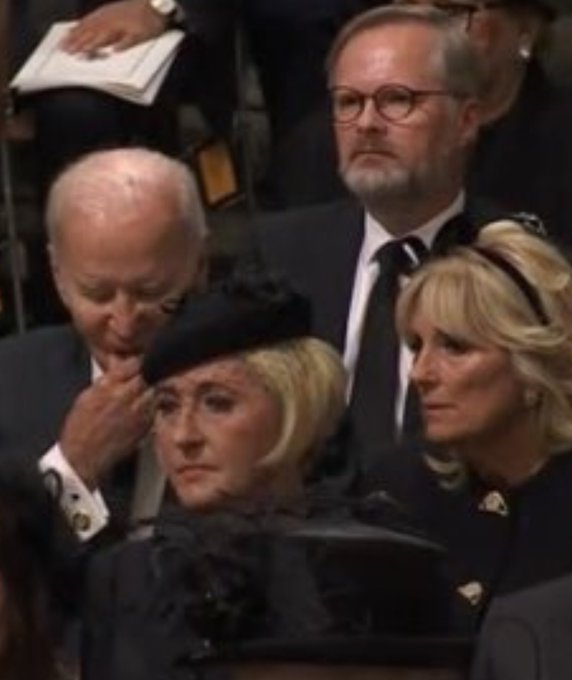 Why is Biden playing with his tongue…at the ceremony for the late Queen Elizabeth II pic.twitter.com/m6XIEFt7AI

Guardian UK: Joe Biden forced to wait for seat after apparent late arrival at Queen’s funeral: US president and first lady had to wait as procession of George and Victoria Cross-holders went ahead of them

Should have just stood in the back of the church like most bad catholics who don’t want to be seen walking in late. #FJBiden

Posted by Maggie on September 20, 2022 in General News Yeah! Me too! A small snapshot of a mommy Facebook group I’m in: https://t.co/NrFAxy5b0A pic.twitter.com/8fnw1k7Xyq — Bethany S. Mandel (@bethanyshondark) September 20, 2022 how many of those moms voted to get rid of mean tweets? — Richard Weatherly (@Richard35357549) September 20, 2022 Indeed… Joe Biden doesn’t seem to remotely understand how bad inflation is for…

Posted by Maggie on September 20, 2022 in General News Yeah! Me too! A small snapshot of a mommy Facebook group I’m in: https://t.co/NrFAxy5b0A pic.twitter.com/8fnw1k7Xyq — Bethany S. Mandel (@bethanyshondark) September 20, 2022 how many of those moms voted to get rid of mean tweets? — Richard Weatherly (@Richard35357549) September 20, 2022 Indeed… Joe Biden doesn’t seem to remotely understand how bad inflation is for…