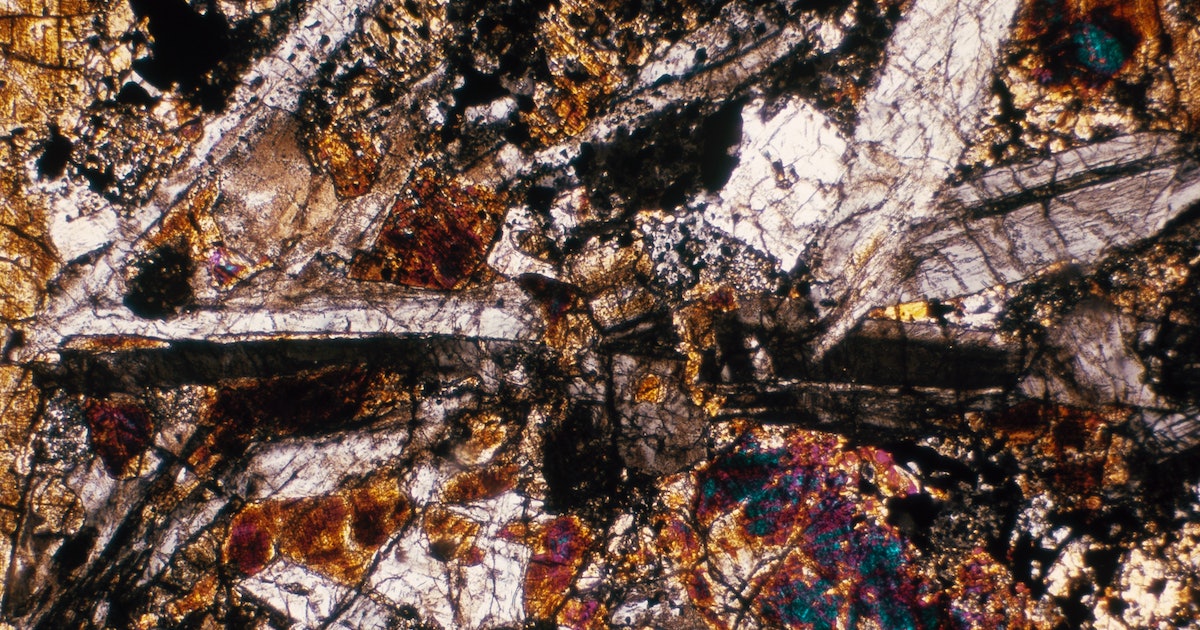 This space diamond could transform manufacturing on Earth

Over four billion years ago, when the solar system was still young, an asteroid hundreds of miles in diameter rammed into one of the many equally large hunks of rock spinning chaotically around the sun.

The impact flung a massive fan of semi-molten rock out into space, where it cooled into millions of smaller pieces. In the billions of years since, a few of these asteroids, also known as ureilites, have fallen to Earth. Scientists can distinguish them by their distinct chemical composition.

“Ureilites are a type of meteorite known as achondrite, which basically means they formed at very high temperatures, probably deep within the asteroid that they came from,” says Andrew Tomkins, a geologist at Monash University in Australia.

These space rocks intrigue scientists because they’re some of the only available samples that come from inside a large asteroid — so they contain helpful clues as to how large bodies formed in our nascent solar system. But there are few ureilites around today.

One dead giveaway that you’re dealing with a rare ureilite: Diamonds. Lots of diamonds.

“Ureilites have three to seven percent carbon in them,” Tomkins says. “And a large proportion of that carbon is diamond.”

What’s new — Tomkins is the co-author of a new paper published in the journal PNAS that sought to explain how these rare meteorites became chock-full of glittery carbon.

Researchers had previously suggested that the shiny gems emerged from the shock of a massive impact, or that they grew deep inside a Mercury-sized planet that once existed in our solar system.

But Tomkins and his co-authors think the diamonds grew in a different way entirely — in a manner that mimics how we create lab-grown diamonds today. And part of that process involved the creation of a type of carbon even rarer than diamond.

Here’s the background — Diamonds are essentially a special arrangement of carbon atoms, the same element that comprises much of our bodies. The carbon atoms in diamonds are arranged in a cubical shape that repeats over and over again, forming the ultra-hard, super-shiny crystals that adorn fancy engagement rings.

But if those atoms are placed in a hexagonal shape and encounter the right combination of temperature and pressure, they can form what’s known as lonsdaleite, a rare type of carbon that may be even harder than diamond.

Ureilites often contain lonsdaleite, and Tomkins and his coauthors found small bits of the mineral in several of the meteorites they studied.

But lonsdaleite is a bit of a mystery — it’s typically found only in meteorites, and in vanishingly small quantities. The pieces of lonsdaleite scientists find are measured in nanometers, or billionths of a meter.

What they did — To learn more about these glitzy asteroids, Tomkins and his team gathered 18 ureilites that landed around the world and examined them with electron microscopy, a technology that helps labs peer at samples with enough detail to detect their chemical composition.

By looking at the carbon inside the ureilites, Tomkins says they were able to piece together a new story for what happened billions of years ago — when the huge asteroid they were once part of met its demise.

He thinks the ureilites started as partly liquified rock within the super-hot mantle of their parent body. When it was destroyed by an impact, bits of the mantle were scattered into space, where they quickly cooled.

As they cooled, gases like hydrogen, carbon monoxide, and hydrogen sulfide that had once dissolved inside the mantle began to leach out. The conditions inside the cloud of rock and gas formed by the impact turned out to be just right for growing diamonds, Tomkins thinks.

“You have this unusual gas mix that’s everywhere, that’s making reactions happen,” he says. “If you have the right gas mix, you can start forming diamonds on carbon.”

The hot, low-pressure conditions in the aftermath of a massive impact actually mimic a technique we used to grow diamonds in labs today, he says, where hot gases deposit carbon that is turned into diamonds.

It also turned out to be the perfect condition for forming lonsdaleite. Graphite from the asteroid’s mantle basically folded at the molecular level in the impact’s aftermath, Tomkins says, a process that eventually formed lonsdaleite. The lonsdaleite crystals they found are the biggest ever found in a meteorite at more than half a micron, or 500 nanometers, across.

What’s next — This discovery could help scientists cook up some lonsdaleite on Earth, the paper suggests.

Now that we know how it formed in space, it could be possible to make lonsdaleite in a lab, much like we make synthetic diamonds today.

Put into practice, we could produce a substance that’s even harder than diamond — which is the strongest and hardest known material on Earth. While it looks quite pretty on a ring finger, a diamond is particularly useful as a cutting tool in industrial settings.

So although diamonds may be forever, that doesn’t mean they’ll always be best.

Over four billion years ago, when the solar system was still young, an asteroid hundreds of miles in diameter rammed into one of the many equally large hunks of rock spinning chaotically around the sun. The impact flung a massive fan of semi-molten rock out into space, where it cooled into millions of smaller pieces.…

Over four billion years ago, when the solar system was still young, an asteroid hundreds of miles in diameter rammed into one of the many equally large hunks of rock spinning chaotically around the sun. The impact flung a massive fan of semi-molten rock out into space, where it cooled into millions of smaller pieces.…

50 years ago, one speech revolutionized the Space Age and took us to the Moon