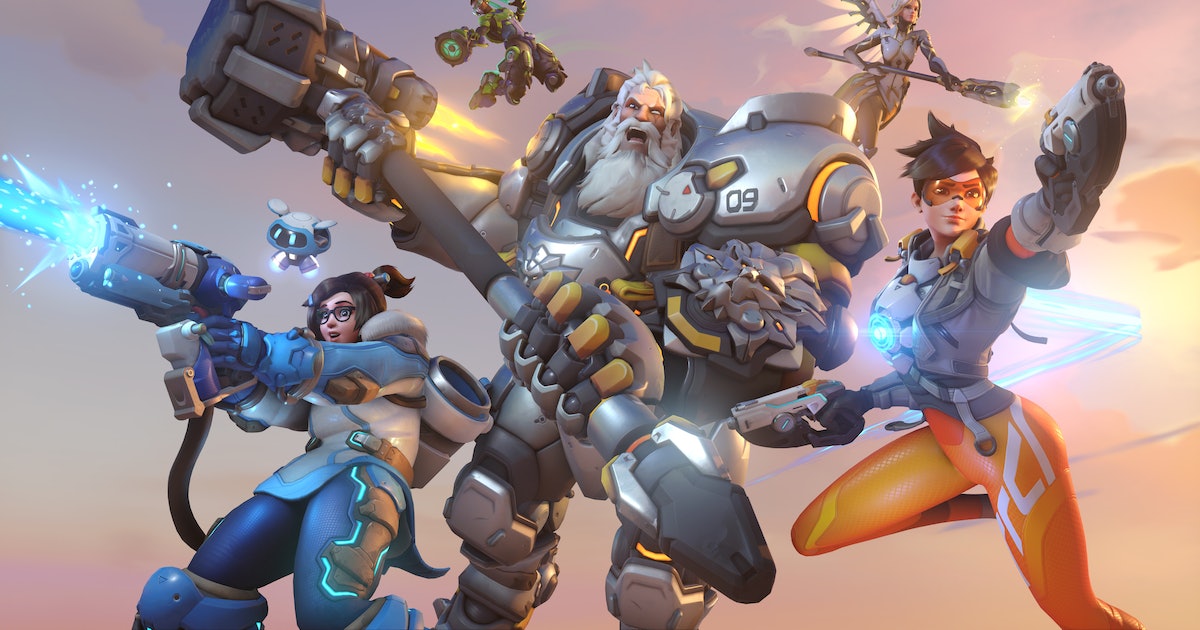 Unforgettable characters are a staple of Overwatch. In hero shooters, individual heroes function as unique classes in their own right, bringing a whole new way to play — and plenty of new skins to keep players buying loot boxes. But a recent announcement about Overwatch 2 suggests that a major selling point of the first game will change in a way that has some fans rattled.

Earlier this year, Blizzard announced Overwatch 2 was doing away with loot boxes and replacing them with a battle pass, a move that many players welcomed. (Us included!)

Fast forward a few months and the tone has shifted: On September 8, Blizzard VP Jon Spector explained on Twitter that Overwatch 2’s battle pass will also control how new heroes are introduced. “Overwatch 2 heroes will be available on the free track of the Battle Pass,” he wrote.

It’s not uncommon for game to tie weapons and other rewards to engagement and playtime in games. In Apex Legends, you can pay for new characters through currency purchased with real money or through another in-game currency earned by playing. Overwatch 2 will make heroes available on a free tier of its own pass, so it’s at least as generous as Apex Legends. The difference is that Overwatch 2 is replacing an existing game entirely. That means anyone who wants to keep playing has to deal with this sudden change.

In the original Overwatch, new heroes are free, no strings attached. On day one of their release, everyone with the game can try out the new hero — and a lot of them do. Anyone who’s played Overwatch through a new hero launch will remember (with varying degrees of glee or annoyance) seeing the new face in every single match for weeks after their release, often controlled by someone who has no idea what they’re doing. That’s usually accompanied by a wave of fan art and vigorous debate over the new hero’s merits.

That won’t be the case in Overwatch 2.

Spector didn’t lay out specifics on how players can earn new heroes, but it’s clear not everyone will get access at the same time. Leaked details allegedly from a now-deleted post on BattleNet reveal the paid version of the battle pass will unlock new heroes automatically. That sets up a clear imbalance as to when heroes are accessible, and which players can master them first. Those who can afford to fork over the cash get first dibs.

Where some games make unique battle pass rewards available in later seasons, that doesn’t seem to be the case here. Spector responded to a player asking what happens if you don’t grind enough to unlock a new hero while its battle pass is available, saying “we will have free paths to get new heroes in future seasons too.” No word on what those paths are or how much work they’ll take to complete, but there may never be a way for players to get new heroes without putting in the time.

Fans greeted the response with a hearty helping of skepticism.

“By time limiting new heroes – a massive departure for the franchise – you’re now overcomplicating the process by needing to create backup methods to unlock heroes,” wrote one Twitter user.

“This has so many negative effects on competitive integrity. It’s [a] time-gated, pay-to-win scheme & it will be abused,” said another.

It feels similar to a controversy that plagued Star Wars: Battlefront II in its early days. Players could either spend a ton of money to unlock characters like Darth Vader and Luke Skywalker right away — or they could grind out an estimated 80 hours of gameplay for the chance at earning enough currency via loot boxes.

And yet, the fact that new heroes are available on the free pass at all means the situation is less dire than it could be. Just put in enough time and you can get the new hero! But that’s a problem in itself. We still don’t know how much time it will take to unlock new heroes. Battle passes can transform in-game tasks into chores, which in turn makes the game a job unto itself. The motivation becomes less about fun and more about fear of missing out on the best loot, characters, and cosmetics.

In addition to the battle pass, Overwatch 2 includes a shop where players can buy items directly. (This dual structure already feels pretty similar to how Call of Duty operates these days.) The more time people spend ranking up their free battle pass, the more chances there are to see those shiny paid items and decide they’re worth the price. And once you grind your way to the highest level of the battle pass, it’s all too tempting to just shell out for the premium version, since you’ve already earned all its rewards.

For Overwatch 2, it’s just the latest in a slow slide away from what made the first game popular. Confusing nerfs to popular characters, a revised scoring system that minimizes the contributions of support roles, and the decision to replace the first game entirely (they were previously planned to coexist) have players wondering what Blizzard wants the sequel to be. For a franchise built on being approachable to new players, the turn toward FOMO-driven play seems like a step in the wrong direction.

Unforgettable characters are a staple of Overwatch. In hero shooters, individual heroes function as unique classes in their own right, bringing a whole new way to play — and plenty of new skins to keep players buying loot boxes. But a recent announcement about Overwatch 2 suggests that a major selling point of the first…

Unforgettable characters are a staple of Overwatch. In hero shooters, individual heroes function as unique classes in their own right, bringing a whole new way to play — and plenty of new skins to keep players buying loot boxes. But a recent announcement about Overwatch 2 suggests that a major selling point of the first…

Red’ in Japan is a great choice — 10 years too late

Everything we know about Marvel’s WW2 team-up