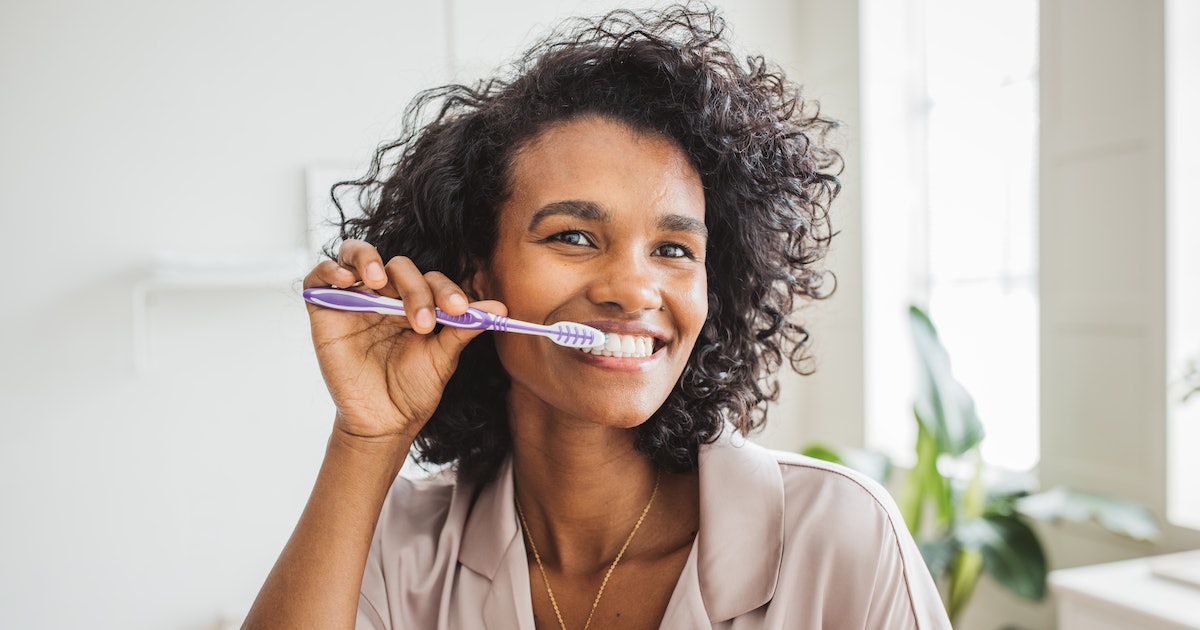 Oral health is like an iceberg: What’s visible is a small fraction of the whole thing. Teeth and gums aren’t an isolated system, but rather an integral part of holistic health, like any other part of the body.

It’s so integral that there’s evidence oral health is connected to brain health later in life. It may seem scary that so much depends on brushing your teeth, but the good news is that most of us grow up learning exactly what to do.

You probably heard it from your parent when you were young, Leena Palomo, chair of the department of periodontology and implant dentistry at New York University’s College of Dentistry, tells Inverse. Two minutes twice a day with a soft-bristled brush, daily flossing, and two dental checkups and cleanings per year. Make this a daily practice, and it’s a way to safeguard brain health in old age.

Now, a new review from the University of Eastern Finland published this week in the Journal of the American Geriatrics Society adds even more evidence for this connection, finding a link between poor oral health and declining brain health later in life.

Science in action — This review examines data from 47 studies on gum disease and cognitive decline. Lead author Sam Asher, a public health researcher at the University of Eastern Finland, writes to Inverse that this research is just the beginning, as investigating the link between oral health and brain health is still in the early stages. “This may lower dementia risk to some extent, although at the moment we cannot say for sure how much,” he writes.

Asher notes that perhaps one of the most important aspects of this research is that periodontal health is a “modifiable risk factor,” meaning we have some control over it.

Palomo agrees that the new review is useful research. “It’s a good, necessary paper.” Even if the research is fledgling, the initial findings can be useful to everyone with teeth and a brain, she says.

Why it’s a hack — It isn’t that our brains are secretly powered by our chompers. Rather, it’s the inflammation from gum disease that affects the rest of the body.

Gum disease riles up pro-inflammatory mediators, called cytokines, in the bloodstream. The thing about inflammation is that it can remotely affect other parts of the body, so inflammation in the gums can lead to inflammation in the brain, which is a risk factor for dementia. Periodontitis affects 10 to 15 percent of the adult population around the world, according to the study.

Asher offers other theories behind the link between gum disease and cognitive decline. It’s possible that periodontal pathogens directly affect the brain and cognition itself, though the biological mechanisms behind this theory are unclear. It’s also possible that tooth loss could increase the risk of cognitive decline resulting from nutrient deficits since one can’t eat as many foods.

For those who still don’t have the best oral hygiene habits, Asher writes, “it is never too late to start.”

How it affects longevity — According to the study, dementia affects more than 50 million people globally. With a growing, aging population, the disease’s prevalence is expected to triple by 2050. Dementia gradually deteriorates the mind so that one loses not only their memory but their sense of time and place.

Periodontitis is also linked with other systemic conditions like diabetes, hypertension, and heart disease — all of which we become more at risk for as we age. On the other hand, as we age, there’s a chance we neglect dental health, perhaps because we lack the dexterity necessary to do it properly or, for those with dementia, it’s harder to remember to do it each day. Asher reinforces that even after risk becomes a present threat, oral wellness is still key.

“Maintaining oral health is perhaps even more important for people who already have some degree of cognitive decline or dementia,” he writes to Inverse.

Asher sums up the good that basic brushing can do. “Overall, practicing adequate oral hygiene measures is paramount for maintaining good oral health, which may positively influence health and wellbeing in general,” he writes to Inverse.

Oral health is like an iceberg: What’s visible is a small fraction of the whole thing. Teeth and gums aren’t an isolated system, but rather an integral part of holistic health, like any other part of the body. It’s so integral that there’s evidence oral health is connected to brain health later in life. It…

Oral health is like an iceberg: What’s visible is a small fraction of the whole thing. Teeth and gums aren’t an isolated system, but rather an integral part of holistic health, like any other part of the body. It’s so integral that there’s evidence oral health is connected to brain health later in life. It…

What is beeturia and who gets it?

How tragedy and ambition have shaped NASA’s Artemis I mission