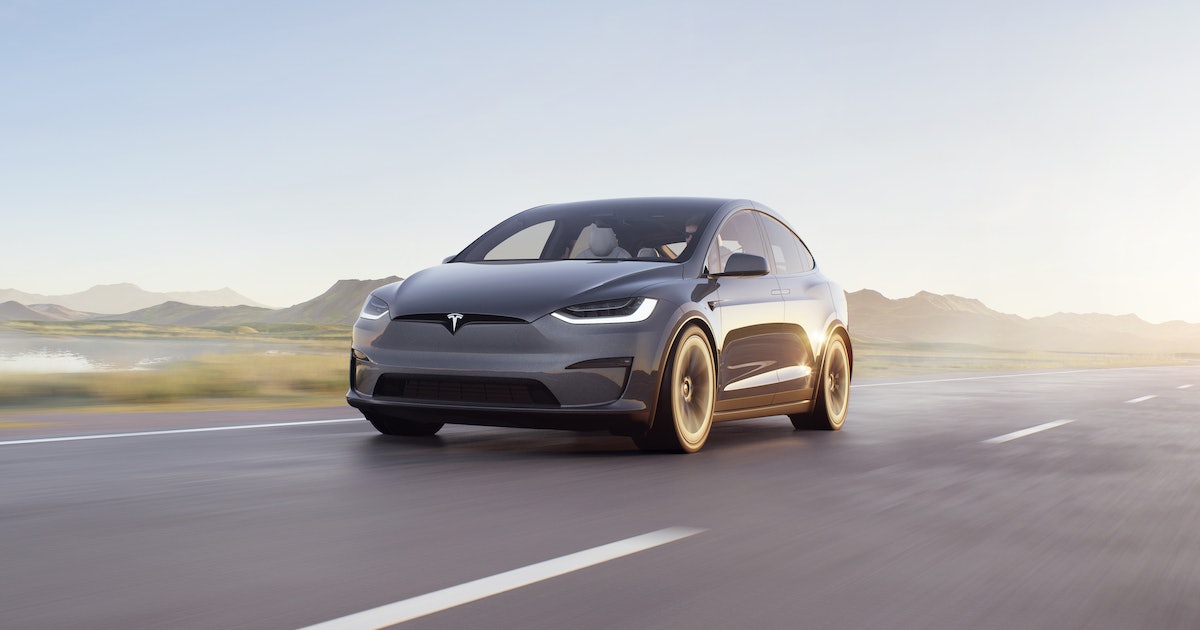 Barely a block from Chuck Cook’s home lies one of those impossible turns we’re all familiar with. Cook sits in a Tesla Model Y, waiting to go left at the stop sign with three lanes of cars whizzing by in both directions at over 50 miles per hour. A large median separates the busy six-lane road, and fences on the near side block part of the view. Tesla’s software takes the reins, and using its Full Self-Driving technology, it tries to find a window to slide into the left. It’s a tricky maneuver for an experienced human driver — much less a machine.

Cook is one of Tesla’s army of beta-testers for its Full Self-Driving technology, a more advanced version of the company’s Autopilot system that would, someday, allow the car to drive itself completely on many trips. He hosts a YouTube channel where you can watch him put the software through its paces and see it struggle with complicated maneuvers and interactions, including that same gnarly left turn.

We don’t yet know all the details about Tesla’s latest Full Self-Driving update, timed to go out on August 20. But leaked notes suggest a range of much-needed improvements. For example, the company promises to address Cook’s tricky left, known by Elon Musk himself and the internet as “Chuck’s turn,” and a variety of other pain points. The update was announced during the 2022 Shareholders’ Meeting earlier in August.

Tesla beta-tester Chuck Cook is the namesake of the infamous “Chuck’s turn,” which describes a tricky, unprotected left that challenges the company’s Full Self-Driving software and even stumbles human drivers. The latest update promises to correct this issue.

The update will only be made available to the roughly 100,000 Tesla owners like Cook who participate in the Full Self-Driving beta-testing program. These owners give unvarnished feedback to Tesla as they test its software on weird turns, difficult intersections, and poorly marked roads.

“I don’t like to use the term ‘solve,’” Cook tells Inverse. “You don’t solve any problem in engineering. You get better, right? Some things can get fixed, but especially with AI and software solutions, they’re all incremental improvements toward maybe an unachievable goal with perfection.”

The Beta 10.13 release comes in the wake of a recent viral video purporting to show a Tesla in Full Self-Driving mode running over a child mannequin during a safety test. A Tesla fan later tried to prove the technology’s safety record using a real child. Another beta tester’s video of the current Full Self-Driving version operating the car on a twisty mountain road gets a little scary at times.

And earlier this year, the California Department of Motor Vehicles filed two complaints alleging that Tesla made “untrue or misleading” claims about the company’s Autopilot program, according to a LA Times report.

Improvements to the “creeping” feature are crucial.

The public learned of the upcoming update Elon Musk teased Full Self-Driving Beta version 10.13 (which he calls “10.69”) at the Tesla shareholders meeting earlier this month. He tweeted, “This release will be big.” The update will purportedly enable Full Self-Driving Teslas to creep forward at intersections to give the car greater visibility of oncoming traffic and obstacles.

The update will also reportedly improve how the car’s computer gauges the position and speed of pedestrians and cyclists, detects critters by the side of the road, fixes the car’s lane position, and recognizes speed limit signs. Musk even tweeted at Cook that Tesla would address “Chuck’s turn.” Musk claimed at the Shareholders’ Meeting that the new version can perform the turn without human intervention about 90 percent of the time.

Improvements to the “creeping” feature are crucial, Cook says. Like a human driver, Full Self-Driving rolls the car forward slowly at a partially obstructed turn to gain a better glimpse of oncoming traffic.

The problem here is that the camera that points sideways toward the oncoming cars sits in the Tesla’s B pillar, which means it’s relatively far back compared to the driver’s view. So a self-driving Tesla needs to creep even farther forward to see laterally, but it can’t also roll into traffic.

“I hope that the creeping behavior is improved to take as much advantage of an inferior camera location as they can,” Cook says. “In other words, if they get the car to creep better and more reliably, then the inferior camera position will be useful.” (His channel includes new drone footage of Teslas — ones he believes to be operated by the company testing out 10.13 before its release —creeping up to his turn.)

The other advance he anticipates: Full Self-Driving software may have learned how to take advantage of medians. The Tesla could learn to cross the first three lanes of traffic first, wait while protected behind the median, and join traffic going left. “If they can teach the car to use the median,” Cook says, “then they made one complex problem into two less complex problems.”

What’s down the road

The Full Self-Driving program is the culminations of Tesla’s adventures in autonomy, and ultimately, it can be confusing to track exactly what each of the carmaker’s various driver-assist systems can do. The Autopilot system that currently comes standard with Teslas is a driver-assist program that offers features such as lane centering and traffic-aware cruise control.

The company once offered, then axed, then recently resumed selling a $6,000 add-on feature called Enhanced Autopilot. It enables the car to change lanes, help with parking, and even retrieve itself. Finally, there’s the soon-to-be-updated beta Full Self-Driving system. Eventually, the whopping $12,000 system will be made available to all Tesla owners. It’s hoped that the technology will allow the car to drive itself in most situations.

Cook, a former U.S. Navy pilot and flight instructor who now works for JetBlue, says his experience as a Tesla chaperone reminds him of the time he spent in the co-pilot’s seat teaching other people how to land a plane on an aircraft carrier, Top Gun-style.

“What I hope this release has is additional tools that the car can use to make other problems simpler.”

Both tasks require close monitoring of the student — and being ready to take control at a moment’s notice if they (or it) make a mistake and won’t be able to complete the maneuver. Full Self-Driving isn’t perfect, and maybe never will be, but Cook says it’s satisfying to sit in the driver’s seat and watch it improve with the help of the data he and other Tesla beta testers accumulate. We don’t know what the update will look like, and it could take weeks of driving to know how well the new features and tweaks work in the real world. And there’s no telling what new bugs could emerge in the machine.

“We’re getting better. We’re adding more training. We’re perfecting it,” Cook says. “What I hope this release has is additional tools that the car can use to make other problems simpler.”

Barely a block from Chuck Cook’s home lies one of those impossible turns we’re all familiar with. Cook sits in a Tesla Model Y, waiting to go left at the stop sign with three lanes of cars whizzing by in both directions at over 50 miles per hour. A large median separates the busy six-lane…

Barely a block from Chuck Cook’s home lies one of those impossible turns we’re all familiar with. Cook sits in a Tesla Model Y, waiting to go left at the stop sign with three lanes of cars whizzing by in both directions at over 50 miles per hour. A large median separates the busy six-lane…

10 years ago, one incredible zombie movie redefined an entire style of film