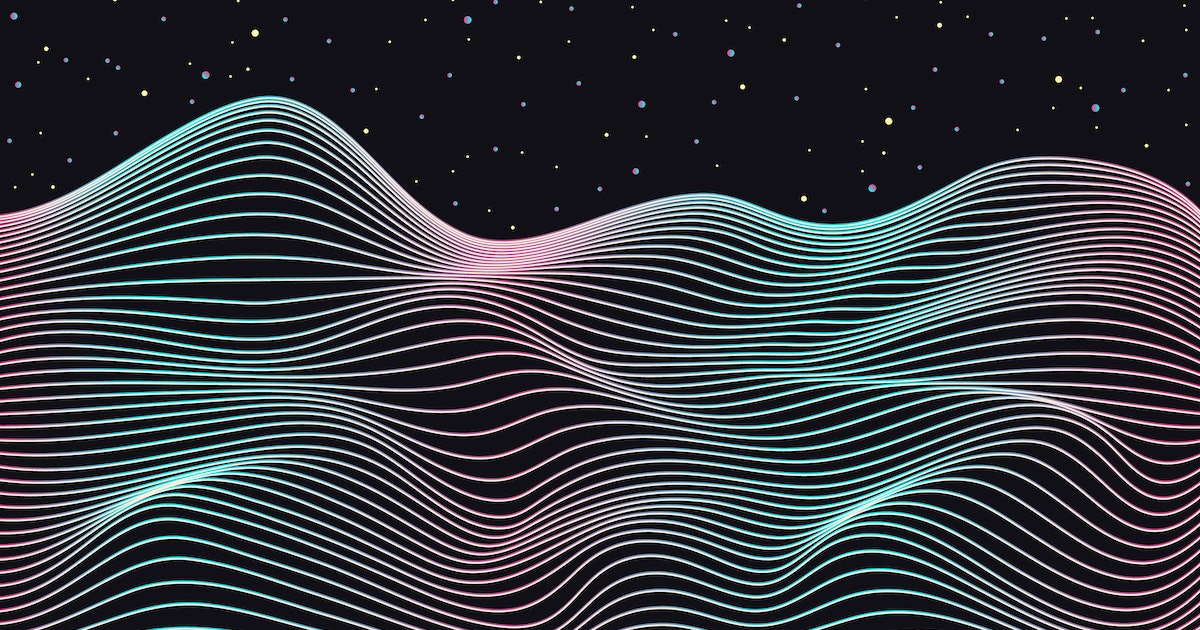 The Universe reveals hidden objects when gravity acts like a giant magnifying glass. Observatories at the cutting edge of technology — like the James Webb Space Telescope (JWST) — can harness these cosmic gifts to make exciting discoveries.

Cosmic leviathans, like the galactic cluster SMACS 0723 of JWST’s first image, can buckle space-time with their massive gravitational influence. They distort the medium through which light travels, and so objects at the faintest corners of the Universe sometimes won’t appear as they actually are. But that’s a good thing; they can look bigger and aid the astronomers that study them.

JWST already features a cryocooler and a five-layer sunshield so that its infrared instruments can collect the faintest heat signatures from the Universe. When paired with a natural telescope from a massive object — a phenomenon known as gravitational lensing — they can conduct an epic relay race through billions of years, bringing the Universe’s farthest light into our eyes.

In 1979, a team led by astronomer Dennis Walsh discovered gravitational lensing, when they noticed two points of light with identical characteristics.

“Difficulties arise in describing them as two distinct objects,” Walsh and his colleagues wrote. They had watched the hefty YGKOW G1 galaxy, located about 4 billion light years from Earth, distort and magnify the light of a quasar more than three times farther away in space. Since then, astronomers have found other gravitational lenses, and continue the search for more. They’ll use nature’s trick to study an invisible substance called dark matter, and hope the magnification can reveal light from cosmic dawn.

“I think that lensing is going to be the key to discovering the first galaxies with JWST, because there are so many small, faint galaxies in the early Universe that lensing is bringing into view,” Dan Coe, an astronomer at the Space Telescope Science Institute, tells Inverse.

Mass bends space-time, the medium through which light travels. The characteristics of the warping are a helpful — albeit, indirect — way for researchers to investigate stuff like dark matter that cannot be seen. “Strong gravitational lensing is now allowing researchers to address questions about the distribution of matter, both dark and light, within galaxy clusters and individual galaxies, that cannot be addressed in any other way,” astronomer Nicolas Tessore wrote in a 2016 article in Monthly Notices of the Royal Astronomical Society.

Although there are objects like diffuse galaxies that have little to no dark matter, the mysterious substance is thought to be a crucial component of holding galaxies together. Dark matter’s collective heaviness affects the shiny objects around it, so when it produces a gravitational lens, astronomers can map out the dark matter.

Gravitational lenses — especially the mighty ones — may also help JWST, the iconic Hubble Space Telescope, and the upcoming WFIRST mission to look farther and further back than ever before, to the earliest chapters of the cosmos. “Strong lenses,” Tessore writes, “are also allowing astronomers to detect some of the most distant objects ever seen and study galaxy formation at the cosmic dawn.” To that end, astronomers may perform large-scale imaging surveys of the night sky to locate many more such lenses in the future.

JWST and WFIRST might be able to use a distortion called microlensing to find alien worlds smaller than Earth. When NASA officials described the recent discovery of exoplanet OGLE-2016-BLG-1195Lb, they noted that “ground-based telescopes available today are not able to find smaller planets than this one using the microlensing method.”

According to The Planetary Society, an exoplanet can reveal itself through microlensing when it clips the light of a star that happens to be lensing another star from our perspective, triggering its double-view of the distant object to briefly become three. The organization says this effect, which can be measured as a spike in brightness lasting a few hours or days, is the only way to spot exoplanets in other galaxies.

The most useful gravitational lensing happens when a celestial body with light-bending gravity is sandwiched almost equally by the space between the target and Earth.

“The best lensing effect comes when your lens is about halfway between you and the distant object,” says Coe. “It’s similar to if you are holding up a magnifying glass. If you put it right up to your eye, then you’re not going to magnify things as much. If you put it right up to the object, same thing. But if it’s, you know, in between, then you get good magnification.”

That’s what makes the galactic cluster SMACS 0723 so special. The humongous entity sits in the middle of JWST’s First Deep Field. The thousands of galaxies that call it home collectively bend and warp the light from more distant structures to enhance them. SMACS 0723 even stretched the light of one spiral galaxy to produce a sea slug-like mirage.

These producers of high distortion are rare. They must be massive enough to bend background light while being aligned with the faraway object so that the former’s gravitational field can manipulate the light for an effect on Earthly eyes. A shift in perspective changes what, if anything, gets the contortion.

Coe explains that there’s a “trade-off” with gravitational lenses. “With lensing, you are magnifying a smaller area. Instead of getting the full area of that image, you got a smaller area that you are bringing into view.”

“The magnification lets you see fainter galaxies than you’ve ever seen before,” Coe says. “It’s competing effects, and sometimes one wins and sometimes another wins.”

But Coe and others don’t mind seeing less galaxies, because the ones that do come through are special.

The Universe reveals hidden objects when gravity acts like a giant magnifying glass. Observatories at the cutting edge of technology — like the James Webb Space Telescope (JWST) — can harness these cosmic gifts to make exciting discoveries. Cosmic leviathans, like the galactic cluster SMACS 0723 of JWST’s first image, can buckle space-time with their…

The Universe reveals hidden objects when gravity acts like a giant magnifying glass. Observatories at the cutting edge of technology — like the James Webb Space Telescope (JWST) — can harness these cosmic gifts to make exciting discoveries. Cosmic leviathans, like the galactic cluster SMACS 0723 of JWST’s first image, can buckle space-time with their…

5 years ago, scientists observed a new kind of cosmic explosion