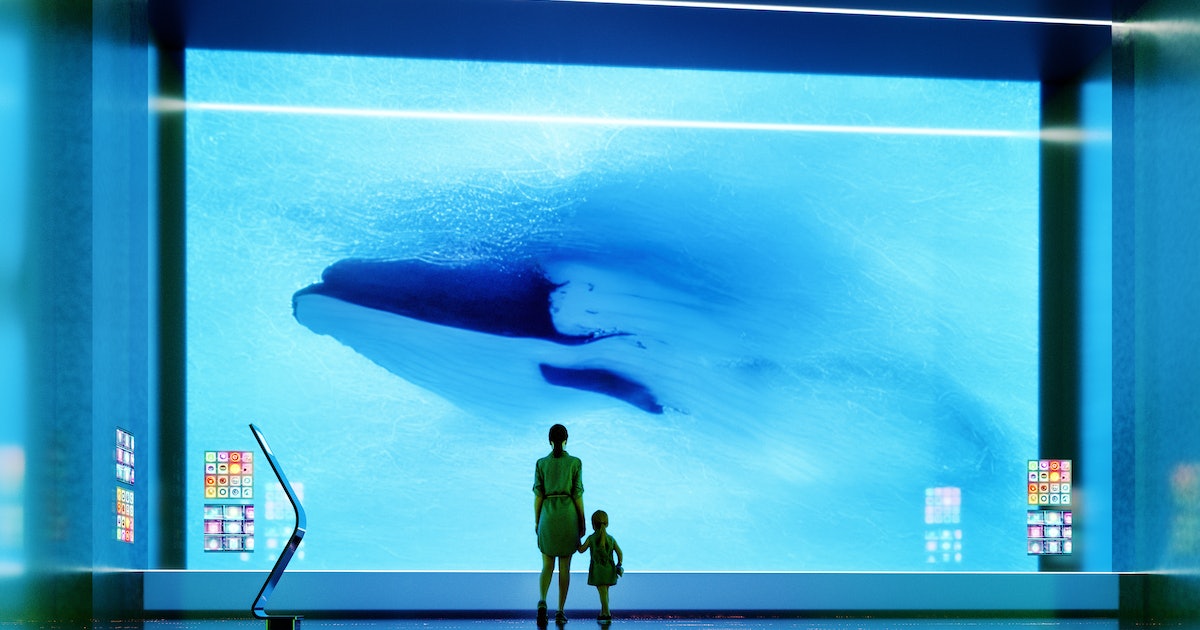 60 years ago, an iconoclast designer revealed a fix for our biggest tech problem

My first Apple laptop felt like a piece of magic made just for me — almost a part of myself. The rounded corners, the lively shading, the delightful animations. I had been using Windows my whole life, starting on my family’s IBM 386, and I never thought using a computer could be so fun.

Indeed, Apple co-founder Steve Jobs said that computers were like bicycles for the mind, extending your possibilities and helping you do things not only more efficiently but also more beautifully. Some technologies seem to unlock your humanity and make you feel inspired and alive.

But not all technologies are like this. Sometimes devices do not work reliably or as expected. Often you have to change to conform to the limitations of a system, as when you need to speak differently so a digital voice assistant can understand you. And some platforms bring out the worst in people. Think of anonymous flame wars.

As a researcher who studies technology, design, and ethics, I believe that a hopeful way forward comes from the world of architecture. It all started decades ago with an architect’s observation that newer buildings tended to be lifeless and depressing, even if made using ever fancier tools and techniques.

The problems with technology are myriad and diffuse and widely studied and reported: from short attention spans and tech neck to clickbait and AI bias to trolling and shaming to conspiracy theories and misinformation.

As people increasingly live online, these issues may only get worse. Some recent visions of the metaverse, for example, suggest that humans will come to live primarily in virtual spaces. Already, people worldwide spend, on average, seven hours per day on digital screens — nearly half of their waking hours.

While public awareness of these issues is on the rise, it’s not clear whether or how tech companies will be able to address them. Is there a way to ensure that future technologies are more like my first Apple laptop and less like a Twitter pile-on?

Over the past 60 years, the architectural theorist Christopher Alexander pursued questions similar to these in his field. Alexander, who died in March 2022 at age 85, developed a theory of design that has made inroads in architecture. Translated to the technology field, this theory can provide the principles and process for creating technologies that unlock people’s humanity rather than suppress it.

How good design is defined

Technology design is beginning to mature. Tech companies and product managers have realized that a well-designed user interface is essential for a product’s success, not just nice to have.

As professions mature, they tend to organize their knowledge into concepts. Design patterns are a great example of this. A design pattern is a reusable solution to a problem that designers need to solve frequently.

In user experience design, for instance, such problems include helping users enter their shipping information or return to the home page. Instead of reinventing the wheel every time, designers can apply a design pattern: clicking the logo at the upper left always takes you home. With design patterns, life is easier for designers, and the end products are better for users.

Design patterns facilitate good design in one sense: They are efficient and productive. Yet they do not necessarily lead to designs that are good for people. They can be sterile and generic. How, exactly, to avoid that is a major challenge.

A seed of hope lies in the very place where design patterns originated: the work of Christopher Alexander. Alexander dedicated his life to understanding what makes an environment good for humans — good in a deep, moral sense — and how designers might create structures that are likewise good.

His work on design patterns, dating back to the 1960s, was his initial effort at an answer. The patterns he developed with his colleagues included things details like how many stories a good building should have and how many light sources a good room should have.

But Alexander found design patterns ultimately unsatisfying. He took that work further, eventually publishing his theory in his four-volume magnum opus, The Nature of Order.

While Alexander’s work on design patterns is very well known — his 1977 book A Pattern Language remains a bestseller — his later work, which he deemed much more important, has been largely overlooked. No surprise, then, that his deepest insights have not yet entered technology design. But if they do, a good design could come to mean something much richer.

The architecture was getting worse, not better. That was Christopher Alexander’s conclusion in the mid-20th century.

Much modern architecture is inert and makes people feel dead inside. It may be sleek and intellectual — it may even win awards — but it does not help generate a feeling of life within its occupants. What went wrong, and how might architecture correct its course?

Motivated by this question, Alexander conducted numerous experiments throughout his career, going deeper and deeper. Beginning with his design patterns, he discovered that the designs that stirred up the most feeling in people, what he called living structures, shared certain qualities. This wasn’t just a hunch but a testable empirical theory, one that he validated and refined from the late 1970s until the turn of the century. He identified 15 qualities, each with a technical definition and many examples.

As Alexander writes, the living structure is not just pleasant and energizing, though it is also those. The living structure reaches into humans at a transcendent level — connecting people with themselves and with one another — with all humans across centuries and cultures and climates.

Yet modern architecture, as Alexander showed, has very few of the qualities that make the living structure. In other words, over the 20th century, architects taught one another to do it all wrong. These errors were crystallized in building codes, zoning laws, awards criteria, and education. He decided it was time to turn things around.

Alexander’s ideas have been hugely influential in architectural theory and criticism. But the world has not yet seen the paradigm shift he was hoping for.

By the mid-1990s, Alexander recognized that for his aims to be achieved, there would need to be many more people on board — not just architects but all sorts of planners, infrastructure developers, and everyday people. And perhaps other fields besides architecture. The digital revolution was coming to a head.

Meanwhile, Alexander’s ideas about design patterns had entered the world of technology design as a way to organize and communicate design knowledge. To be sure, this older work of Alexander’s proved very valuable, particularly to software engineering.

Because of his fame for design patterns, in 1996, Alexander was invited to give a keynote address at a major software engineering conference sponsored by the Association for Computing Machinery.

In his talk, Alexander remarked that the tech industry was making great strides in efficiency and power but perhaps had not paused to ask: “What are we supposed to be doing with all these programs? How are they supposed to help the Earth?”

“For now, you’re like guns for hire,” Alexander said. He invited the audience to make technologies for good, not just for pay.

In “The Nature of Order,” Alexander defined not only his theory of living structure but also a process for creating such structure.

In short, this process involves democratic participation and springs from the bottom up in an evolving progression incorporating the 15 qualities of living structure. The end result isn’t known ahead of time — it’s adapted along the way. The term “organic” comes to mind, and this is appropriate because nature almost invariably creates a living structure.

But typical architecture — and design in many fields — is, in contrast, top-down and strictly defined from the outset. In this machinelike process, rigid precision is prioritized over local adaptability, project roles are siloed apart, and the emphasis is on commercial value and investment over anything else. This is a recipe for lifeless structure.

Alexander’s work suggests that if the living structure is the goal, the design process is the place to focus. And the technology field is starting to show inklings of change.

In project management, for example, the traditional waterfall approach followed a rigid, step-by-step schedule defined upfront. The turn of the century saw the emergence of a more dynamic approach, dubbed agile, which allows for more adaptability through frequent check-ins and prioritization, progressing in “sprints” of one to two weeks rather than longer phases.

However, Alexander would say these trajectories are missing some of his deeper insights about living structure. They may spark more purchases and increase stock prices, but these approaches will not necessarily create technologies that are good for each person and good for the world.

Yet there are some emerging efforts toward this deeper end. For example, design pioneer Don Norman, who coined the term “user experience,” has been developing his ideas on what he calls humanity-centered design. This goes beyond human-centered design to focus on ecosystems, take a long-term view, incorporate human values and involve stakeholder communities along the way.

The vision of humanity-centered design calls for sweeping changes in the technology field. This is precisely the kind of reorientation that Alexander was calling for in his 1996 keynote speech. Just as design patterns suggested in the first place, the technology field doesn’t need to reinvent the wheel. Technologists and people of all stripes can build up from the tremendous, careful work that Alexander has left.

This article was originally published on The Conversation by Tim Gorichanaz at Drexel University. Read the original article here.

My first Apple laptop felt like a piece of magic made just for me — almost a part of myself. The rounded corners, the lively shading, the delightful animations. I had been using Windows my whole life, starting on my family’s IBM 386, and I never thought using a computer could be so fun. Indeed,…

My first Apple laptop felt like a piece of magic made just for me — almost a part of myself. The rounded corners, the lively shading, the delightful animations. I had been using Windows my whole life, starting on my family’s IBM 386, and I never thought using a computer could be so fun. Indeed,…

Sunscreen is crucial for public health — it must be safe for the environment, too