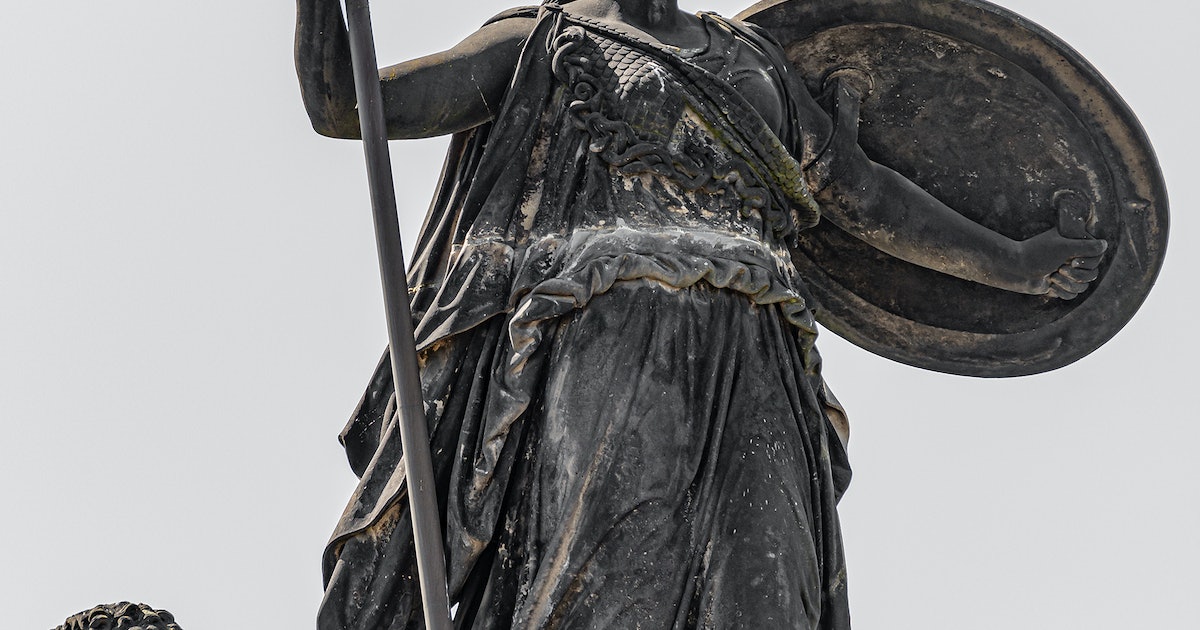 War has been a constant throughout human history, yet most of the classic stories we read focus on men.

That’s perhaps why 2017’s Wonder Woman was such a smash hit — audiences clearly crave greater female representation in the superhero genre. But as it turns out, the story of Diana — a female Amazon destined to save the world from god of war Ares — may have borrowed more from real life than fantasy.

Who were the Amazons in Greek mythology?

As the author of The Amazons: Lives and Legends of Warrior Women across the Ancient World, Adrienne Mayor is well-equipped to separate fact and fiction when it comes to Wonder Woman’s Amazon society.

“In Greek mythology, Amazons were fierce, foreign women who gloried in battle, dwelling in lands around and beyond the Black Sea,” Mayor tells Inverse.

Mythological Greek heroes like Achilles and Heracles “proved their valor” by defeating fierce Amazons in battle, including queen Hippolyta and her sister, Antiope, who both appear in Wonder Women as Diana’s mother and aunt, respectively. Greek poet Homer described Amazons as “the equals of men.”

“On horseback, a woman with a bow is as deadly as a man,” Mayor says.

Greek historians such as Herodotus believed women like the Amazons existed in the real-life nomadic communities of the Scythians, whom the Greeks first came across in the seventh century B.C. when they began colonizing areas around the Black Sea.

“On horseback, a woman with a bow is as deadly as a man.”

The tribal Scythians, who lived on the steppes — a grassland ecosystem in Eurasia — were renowned for their exceptional skills in horse-riding and archery. Based on the nomadic Scythian lifestyle — which involved much hunting and fighting with warring tribes — it’s only natural women and girls would have learned how to fight as well.

“In the myths, Amazons enjoyed a vigorous outdoor life, sexual freedom, hunting, and warfare, paralleling what the Greeks knew about the peoples who roamed ‘Scythia,’ the vast territory stretching from the Black Sea to Mongolia,” Mayor adds.

It’s long been debated whether the Amazons were simply mystical figures in the imagination of Greek historians or base don on real-life women, but recent research and scientific discoveries seem to have put that debate to rest.

“Thanks to the groundbreaking work of Adrienne Mayor, it is now undisputed that the myths of the Amazon are based on the Greeks’ observations of real-life warrior women,” Connie Skibinski, a Ph.D. candidate at The University of Newcastle, tells Inverse.

Skibinski, who researches the archaeological evidence of warrior women and the portrayal of the Amazons in Greco-Roman myth, believes the mythic Amazons are “grounded in historical reality” that comingles with Greek folklore.

Who were the real-life Amazons?

Recent scientific evidence has come out in favor of the mythical Amazons being modeled on real-life Scythian horsewoman-archers who lived in the steppes.

“There is strong ancient evidence to back up this claim, such as burials of Scythian cavalry warriors where men and women are buried alongside horses and weapons,” Skibinski says.

In the past thirty years, archaeologists have unearthed the graves of women warriors around the Black Sea. A 2014 Smithsonian Magazine article reports on a joint U.S.-Russian archaeological team, which found 150 graves of the Sauromatians — the descendants of unions between the Greeks and the Scythians — close to the Kazakhstan border in the 1990s. Within this burial site, researchers found the graves of unusually tall warrior women bearing daggers and quivers filled with arrows; some of them had injuries from arrowheads.

Mayor states that more than 300 such graves, mostly in southern Ukraine and Russia, have been found of “ancient female fighters” ranging in age from 13 to 45. These women were buried with the same weapons and honors as men of the time.

“The lifestyle, horses, clothing, and weapons of Amazons described in ancient Greek literature and art turn out to match the clothing, equipment, and weapons now recovered from the Scythian women’s burials,” Mayor adds.

A more recent 2019 archaeological expedition offers even more evidence of the ancient Amazons, who were highly respected in their time.

“An evacuation led by Valerii Guliaev in the Russian city of Voronezh uncovered a burial mound containing four women warriors, one with a golden crown on her head which suggests a very high social standing,” Skibinski says.

How do the Amazons in Wonder Woman compare to real life?

“Amazons are portrayed as an all-female society which functions as a polar opposite to the Greek patriarchal state,” Skibinski says.

The mythical depiction of the Amazons isn’t too far from the society we see in Wonder Woman. Led by Amazon queen Hippolyta, the all-female society rigorously trains its warriors in a variety of combat to prepare for the war that may one day come. In that sense, both the historical Scythians and Wonder Woman’s Amazons were skilled fighters. Mayor compares young Diana’s combat training in the movie to the real-life training of Scythian girls, who learned to ride horses and “wield weapons alongside their brothers.”

“We know from injuries found on the skeletons in Scythian graves that they certainly were well-trained with weapons, and they are commonly buried with swords or arrowheads,” Skibinski says.

In the movie, women are fully in control of Themiscyra — an independent city-state isolated from the outside world on an island. No men are in sight until the American captain, Steve Trevor, washes up outside the island and is shortly thereafter rescued by Diana.

Skibinski enjoyed the movie’s depiction of the Amazons, stating:

I especially liked that they are portrayed as powerful cavalry warriors, which aligns with the their portrayal in Greco-Roman mythology and also with the archaeological evidence of real warrior women.

But how does Wonder Woman’s society stack up against Scythian culture? Since we have no recorded literature of Scythian cultures, we have to imagine how they lived based on archaeological evidence. Real-life Scythians were tribal nomads, so their lives were different than the cinematic Amazons who took up permanent residence on an island.

According to Mayor, the Scythian lifestyle — combining horses and archery — encouraged gender equality. The idea of women being equal to men “shocked and impressed the Greeks and inspired an outpouring of legends about Amazons,” Mayor says.

Unlike their cinematic counterparts, Scythian women weren’t isolated from men, but, rather enjoyed greater egalitarianism with men compared to women in Greek society. Women and men were frequently buried together, Skibinski says, suggesting they both lived “harmoniously” together.

Mayor adds that the movie’s diverse portrayal of Amazons — including diversity of body types, ages, and skin color — matches our real-life knowledge of the Amazons.

“This fits what we now know of real, flesh-and-blood Scythian women, some with combat injuries, buried with their horses and weapons—they were extremely robust, athletic, and ethnically diverse, ranging in age from teenagers to grandmothers,” Mayor says.

In the end, director Patty Jenkins may have blended fact and fiction — just like the ancient Greeks did. Skibinski says Wonder Woman skillfully takes elements of ancient female fighters and blends them into the superhero genre, “much like how Greek myths inserted the Amazons into their pre-existing mythic tales.”

War has been a constant throughout human history, yet most of the classic stories we read focus on men. That’s perhaps why 2017’s Wonder Woman was such a smash hit — audiences clearly crave greater female representation in the superhero genre. But as it turns out, the story of Diana — a female Amazon destined…

War has been a constant throughout human history, yet most of the classic stories we read focus on men. That’s perhaps why 2017’s Wonder Woman was such a smash hit — audiences clearly crave greater female representation in the superhero genre. But as it turns out, the story of Diana — a female Amazon destined…

How the Webb Telescope could unveil the newborn universe

What makes mold edible? A food safety expert breaks it down