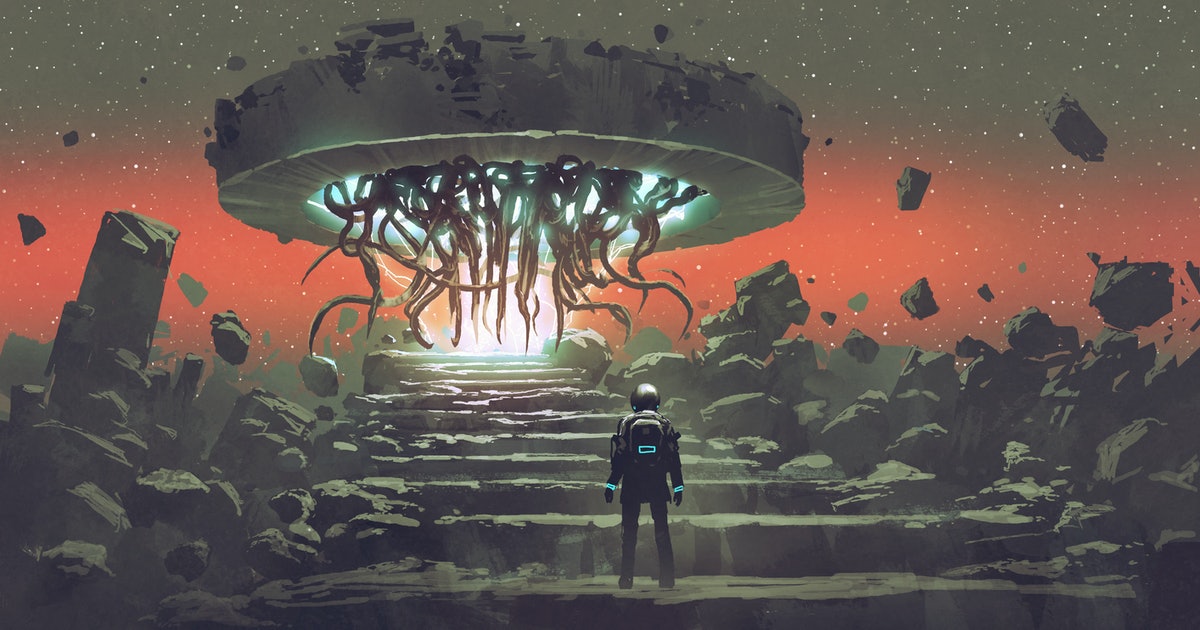 6 years later, the biggest sci-fi game ever has finally reached its full potential

Space exploration game No Man’s Sky is a famous example of redemption for developer Hello Games. The game launched to mixed reviews in 2016 but eventually became far more than what players could have expected. Featuring over 18 quintillion (!) planets, an endless universe to explore, space combat, intergalactic trading, base-building, customizable mech suits, and over 20 free major expansions, it’s clear No Man’s Sky is truly a one-of-a-kind video game. Even more impressive is the fact that No Man’s Sky is available on Valve’s Steam Deck handheld, allowing you to take the entire universe with you on the go. While No Man’s Sky is a blast on any platform, it’s best on Steam Deck. Here’s why.

The entire universe in the palm of your hand

The sense of scale in No Man’s Sky is enormous, so much so that it’s not possible for one person to visit each planet in the game — not by a long shot. “If a new planet in No Man’s Sky was discovered every second, it would take 584 billion years for them all to be discovered,” Hello Games Co-Founder Sean Murray once said.

But beyond the sheer size of the game is the number of things it lets you do. It’s not only about visiting planets, instead, offering plenty of mechanics that appeal to a wide variety of players.

For instance, you can enjoy it in a casual manner, simply taking in the sights and sounds of each planet. You can also treat it more like a survival game, with the goal of gathering resources to stay alive as long as possible — with numerous difficulty modes for all player types.

Being able to take such a massive game on the go with Steam Deck is an unimaginable feat. There’s something special about the intimacy of playing No Man’s Sky on a handheld, thanks to the dichotomy of having such a vast experience on such a small screen.

Curl up with it on the couch, take it on a road trip, or even play it on a plane — the choice is yours.

Play how you want

The Steam Deck itself also offers a plethora of options across the board. You can scale the framerate and resolution on the device, allowing you to preserve battery life, or prioritize the best visuals and performance.

When at max settings on Steam Deck, we were able to get No Man’s Sky to run at around 1280 x 800, offering a consistent 50 to 60 frames per second in many situations. Sure, it doesn’t run as great on Steam Deck as it would on a powerful PC, but this is a small price to pay for such a memorable portable experience.

Better yet is that you can seamlessly boot up the game on PC via Steam, allowing you to pick up right where you left off on Steam Deck, just like Nintendo Switch.

PC gaming has its benefits, sure, but it can be tricky to get into. Tinkering with settings, dealing with PC parts, and knowing which parts work best is an overwhelming process. That’s what makes the Steam Deck so approachable. You turn it on, and it just works.

What better game to show off the handheld’s capabilities than No Man’s Sky?

Over the years, Hello Games has effectively blended various game genres into No Man’s Sky. One update doubled down on base-building, allowing players to create entire cities on a planet’s surface. Another one focused on ship battles, effectively upgrading the dogfighting to be pulse-pounding, intense, and often spontaneous.

There’s also a subsection of the game devoted to exploring creepy derelict freighters full of horrendous alien creatures. It plays out like Dead Space, giving horror fans something to enjoy as well.

You can even battle against other real explorers in a robust PvP mode, which gives competitive players something to enjoy, as well. Likewise, the game’s entirety can be experienced solo or with friends, making the journey through the universe a little less lonely.

And nearly everything can be customized along the way, from your character, suit, spaceship, vehicles, mechs, and various settings, as well, such as the ability to swap between first and third-person on the fly. It’s truly remarkable what Hello Games has done in just six years, and everyone should at least give No Man’s Sky a try, no matter the platform.

Thankfully, No Man’s Sky will soon come to Nintendo Switch, giving consumers an even more approachable way to enjoy the most ambitious sci-fi game ever. It’ll certainly perform worse on Switch than the Steam Deck version, but at least you’ll be able to take it on the go — without having to wait months to get your hands on Valve’s new handheld.

There’s a reason No Man’s Sky is among the top 10 most-played Steam Deck games, topping the charts alongside behemoths like Elden Ring, Monster Hunter Rise, and even Grand Theft Auto V. It’s an unforgettable experience that is well worth playing.

Space exploration game No Man’s Sky is a famous example of redemption for developer Hello Games. The game launched to mixed reviews in 2016 but eventually became far more than what players could have expected. Featuring over 18 quintillion (!) planets, an endless universe to explore, space combat, intergalactic trading, base-building, customizable mech suits, and…

Space exploration game No Man’s Sky is a famous example of redemption for developer Hello Games. The game launched to mixed reviews in 2016 but eventually became far more than what players could have expected. Featuring over 18 quintillion (!) planets, an endless universe to explore, space combat, intergalactic trading, base-building, customizable mech suits, and…