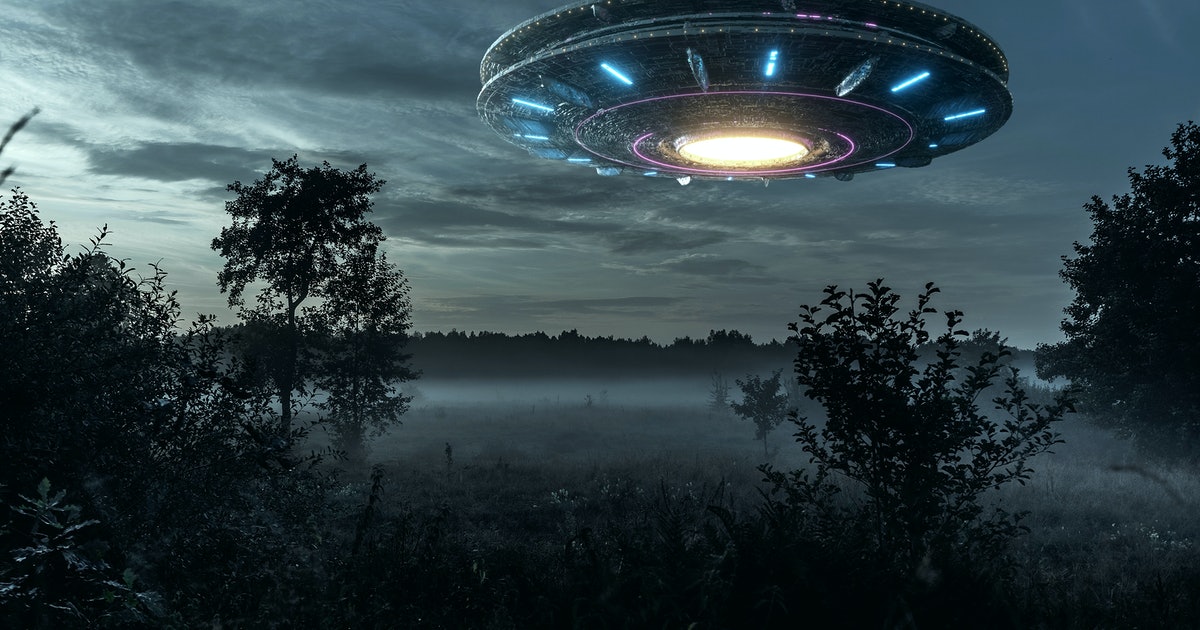 After Pearl Harbor, America entered a state of war and a state of panic. Within days of the surprise attack, Americans thought more attacks were coming from every direction. New Yorkers thought they were next as two inaccurate air raid warnings signaled enemy planes en route. But New Yorkers were downright stoic compared to what would happen two months later in Los Angeles.

The West Coast was understandably anxious as rumors of further Japanese attacks spread like wildfire. In late February 1942, a Japanese submarine actually did shell an oil field in Santa Barbara. Although the attack only lasted around 20 minutes and didn’t injure anyone, the psychic damage it inflicted on the nation was grave.

Collective panic expressed itself a few days later when reports of an unidentified object in the skies above LA brought a massive response of anti-aircraft fire and searching spotlights. Only after the shooting stopped did people realize they were firing at nothing. In 1983, the Office of Air Force History identified meteorological balloons as the source of all the commotion.

But this historical footnote took an odd turn when pictures from the so-called Battle of Los Angeles eventually became “proof” of UFOs. The panic was spoofed in Steven Speilberg’s 1941, while the idea of an alien invasion was taken very seriously in Jonathan Liebesman’s Battle: Los Angeles.

Battle takes only the lightest of reference points from history, instead focusing on the life of Marine Corps Staff Sergeant Michael Nantz (Aaron Eckhart). Nantz is a Marine through and through, but after 20 years of service, he knows his time has passed him by. There’s also the matter of his last tour overseas, which many of his men didn’t come back from.

As scientists worry about a cluster of meteors that suddenly appeared and are projected to fall all over the world, Nantz is assigned to the command of William Martinez (Ramón Rodriguez), a young lieutenant just out of school. While Martinez is smart, he doesn’t have Nantz’s experience. Considering how many people believe that Nantz got his men killed, that might be an advantage.

Rounding out the group are several Marines who get quick character sketches: There’s the virgin, Shaun “Casper” Lenihan (Noel Fisher), the player, Lee “Cowboy” Imlay (Will Rothhaar), the immigrant, Navy Hospital Corpsman Jibril A. “Doc” Adukwu (Adetokumboh M’Cormack), and so on. Although these characters aren’t given much background, the actors have strong chemistry and their unit feels like it has genuine camaraderie.

Then the invasion comes. The entire world is caught by surprise when aliens emerge out of the meteors and fire into crowds of people. Local airports are turned into Forward Operating Bases, and Martinez’s men are instructed to find a police station near the alien landing zone and get any civilians out before the military starts bombing the site into oblivion.

The fight quickly becomes a blood bath. Much of Battle shows the Marines getting their asses kicked, especially early on. Shrouded in a nearly impenetrable fog, the soldiers become easy pickings for the unnamed aliens, who don’t get a word in edgewise throughout the whole movie. Scientists on TV speculate that they want to colonize Earth for our water.

But this movie isn’t concerned with what the aliens want; it’s concerned with what they’re doing. Battle stays very close to Nantz and Martinez, only dropping hints at what’s happening outside. While it’s not exactly a shock that the armies of the Earth are losing, the limited focus keeps the movie’s momentum intact.

The Marines of Battle: Los Angeles are mainly concerned with being Marines. Slogans like “Retreat? Hell!” are repeated throughout, alongside a plethora of oorahs. Civilians Joe (Michael Peña) and Michele (Bridget Moynahan) eventually show up, and they help the group learn about the aliens. Specifically, about how to kill them.

Battle: Los Angeles succeeds in showcasing taut urban warfare. It tells a story of fighting colonizers but resists making any commentary on that colonization. The fight sequences are fun, Eckhart carries the movie with gravitas, and the soldiers have unexpected chemistry. This is not a movie with grand ambitions, but its limited focus and strong cast serve it well. If you want two hours of action to justify a bowl of popcorn, you could do a lot worse.

After Pearl Harbor, America entered a state of war and a state of panic. Within days of the surprise attack, Americans thought more attacks were coming from every direction. New Yorkers thought they were next as two inaccurate air raid warnings signaled enemy planes en route. But New Yorkers were downright stoic compared to what…

After Pearl Harbor, America entered a state of war and a state of panic. Within days of the surprise attack, Americans thought more attacks were coming from every direction. New Yorkers thought they were next as two inaccurate air raid warnings signaled enemy planes en route. But New Yorkers were downright stoic compared to what…