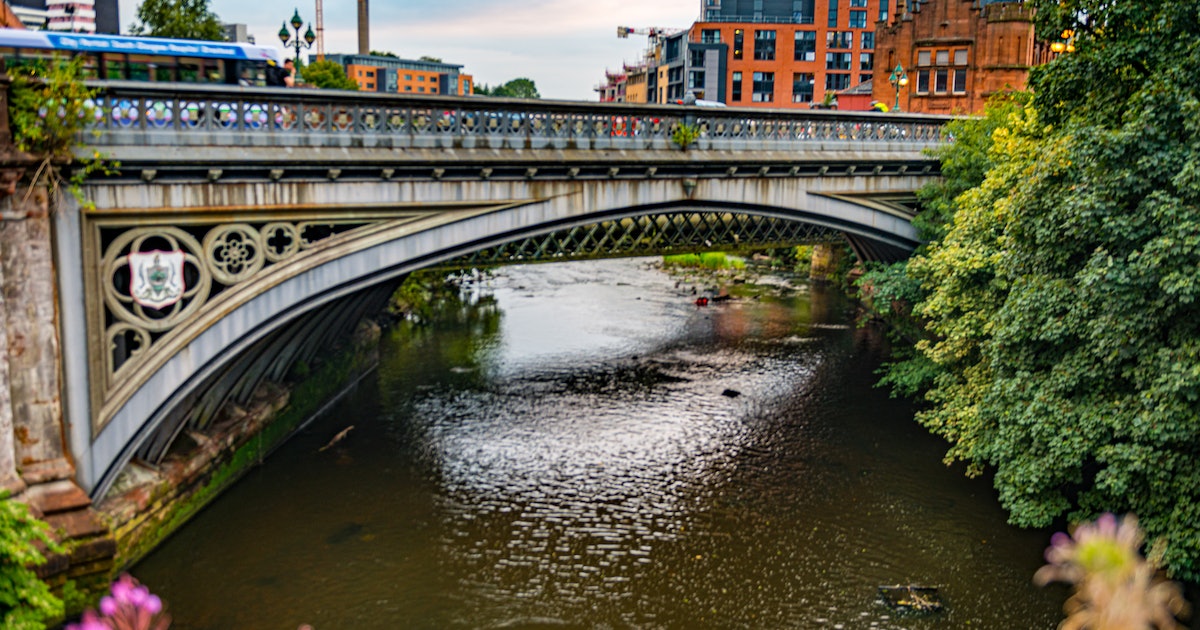 Worldwide, two health trends are colliding with dire consequences: Mental health is worsening, and people have too few opportunities to access help.

A growing cacophony of experts argues that beyond providing care, we need to address the root causes of poor mental health, like the social conditions that influence quality of life. Now, urban design is emerging as a potential solution, with some experts arguing cities should design new spaces to support and improve their residents’ mental health needs as a top priority.

Green spaces like public parks and tree-lined streets can benefit one’s mental state because they positively influence our overall health and behavior. But another kind of space could help make urban areas more beneficial to mental health: Revitalized blue spaces.

Blue spaces are essentially the water equivalent to green space. And these overlooked areas can be as therapeutic, explains Michail Georgiou, a Ph.D. candidate at Glasgow Caledonian University. “Recent research has shown that blue spaces can have similar, if not greater, general health and mental health benefits to green spaces,” Georgiou tells me.

In a recent study published in the journal Scientific Reports, Georgiou and colleagues examined how the regeneration of a completely derelict canal influenced the nearby community’s mental health. The canal was restored to shore up the neighborhood’s resilience to climate change, but because this community also experiences high levels of socio-economic deprivation, the study team wanted to know if access to a new blue space would affect their mental health.

The researchers found that living near the restored canal did help alleviate mental health issues in the community. Georgiou puts it simply: When you’re less well-off, life is harder. You’re more likely to experience issues with mental health. Having a nice blue space near by can help keep your spirits up.

“Our study is a real call for the urban regeneration of deprived areas,” Georgiou says. “The money invested might be recovered in health care savings.”

If blue space regeneration efforts are focused on the most socio-economically deprived areas, this study suggests it could reduce mental health inequalities in those same communities.

The study centers around the 250-year-old Forth & Clyde Canal, which runs through the Scottish city of Glasgow and its suburbs. In 1963, the canal closed and became a dumping ground filled with waste. At the same time, the city of Glasgow also experienced waves of deprivation, with some of the neighborhoods lining the canal among the most affected.

Eventually, the communities along the canal advocated something be done, and in 2000 the city began regenerating the waterway. It was re-opened as a recreation space in 2006. It is now part of a “smart canal” scheme to increase Glasgow’s climate resiliency.

Georgiou and colleagues specifically focused on the North Glasgow branch of Forth & Clyde and the neighborhoods surrounding it. They conducted a 10-year retrospective study, analyzing primary care health data routinely collected by the National Health Service. A total of 132,788 people were included in the analysis. Through various models, the study team estimated the effect socioeconomic deprivation has on the likelihood of developing a mental health condition and the modifying effect of living near a blue space.

Ultimately, the team found that living near a blue space modified the risk of mental health conditions derived from socio-economic deprivation by 6 percent for those in the highest risk category. This dropped to 4 percent for the “medium deprivation” group.

This is one of the first studies to look at the effect of a blue space over many years. Georgiou says that while research on the mental health benefits of blue spaces is still in its early years, it’s a “rapidly emerging and developing topic.”

So far, research suggests that people who live near blue spaces report better mental health and wellbeing, which may be because they offer opportunities for recreation, socialization, and relaxation. Other research suggests that living near the restored Forth and Clyde canal is also associated with a lower risk of suffering from cardiovascular disease, stroke, and hypertension. But more studies are needed to know exactly what it is about blue spaces that drive these benefits.

Georgiou and colleagues think blue spaces can be leveraged to benefit the mental health of people living in urban spaces, potentially countering the effects of overcrowding and pollution. Critically, these projects should prioritize equity and sustainability. For example, new condos near a waterway aren’t necessarily going to help a city’s most vulnerable. Instead, abandoned waterways, often in industrial areas, can be revitalized in a way that serves surrounding neighborhoods.

“Considering that urban growth is expected to continue in the years to come, it is important to make informed decisions in urban design and make cities as sustainable and healthy as possible,” Georgiou says.

“There is certainly still a lot of work to be done, but I believe that what our findings primarily show is that blue space regeneration efforts should focus on the most socio-economically deprived areas.”

Worldwide, two health trends are colliding with dire consequences: Mental health is worsening, and people have too few opportunities to access help. A growing cacophony of experts argues that beyond providing care, we need to address the root causes of poor mental health, like the social conditions that influence quality of life. Now, urban design…

Worldwide, two health trends are colliding with dire consequences: Mental health is worsening, and people have too few opportunities to access help. A growing cacophony of experts argues that beyond providing care, we need to address the root causes of poor mental health, like the social conditions that influence quality of life. Now, urban design…