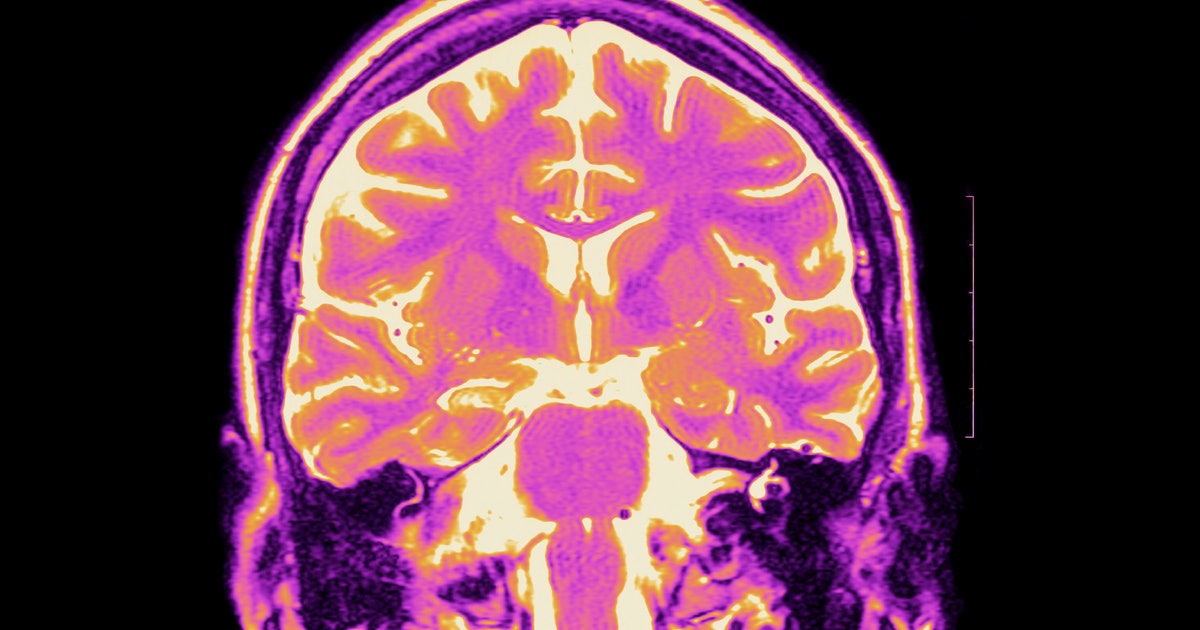 When Vishnu Murty’s sister began to show signs of post-traumatic stress disorder after a complicated surgical procedure, the Temple University neurobiologist voiced his concerns to his sister’s clinician.

“I was like, ‘Hey, I’m really worried about my sister. Is there anything one can do?’” he recalls to Inverse.

She told him to take a deep breath and offered some statistical reassurance: Around 75 percent of people two weeks out from a traumatic event will show some signs of PTSD because that’s the body’s natural response to trauma. But six months later and that number dips to between 10 and 15 percent.

But if almost everyone starts off showing PTSD features after a traumatic event, why do some people develop PTSD while others do not? To answer this question, Murty, who studies how threat influences memory formation, turned to an old friend: The hippocampus.

The hippocampus is a region deep within the brain involved in learning and memory. In a paper published July 26 in The Journal of Neuroscience, Murty and his team found that a heightened emotional state after threatening or traumatic events may short circuit the hippocampus’ ability to process information as expected and form memories. This, in turn, could put some individuals at risk of developing PTSD.

What’s new — This investigation is one of the papers to come out of a national research initiative to better understand what happens in the brain in the aftermath of trauma at a behavioral, physiological, and genetic level. Launched in September 2016 by the National Institutes of Health, the Advancing Understanding of Recovery after Trauma, or AURORA, study has collected a wealth of data gathered over the course of years from thousands of participants all over the U.S. who reported experiencing recent trauma.

From this pool of participants, Murty and his colleagues involved 116 individuals in their experiment. All of the participants reported experiencing trauma in the last two weeks. The researchers had them do a series of activities to observe their reaction to fearful stimuli, like listening to a startling noise. Then, the participants were made to lie down in an MRI scanner and look at a series of fearful or expressionless faces.

“The reason why we used fearful faces is that we wanted this reliable provoker of biological threat,” says Murty.

“If you think from an evolutionary perspective, if you see me making a frightened face, then you know there’s a threat. It’s a communicative signal there’s a threat in the environment.”

Individuals who showed lower activity in their hippocampi and were most reactive to the startling stimuli also tended to report more severe PTSD symptoms.

Why it matters — Fear reactions to seemingly harmless stimuli or situations are a cardinal feature of PTSD, says Murty. Neuroscientists know fear generation in the brain is governed by an extensive brain network called the limbic system, which includes not just the hippocampus but also the almond-shaped amygdala and hypothalamus, a diamond-shaped structure that controls norepinephrine production, a hormone that influences fear.

Several studies suggest people with severe PTSD have a smaller hippocampus and that feature may make them more likely to develop PTSD. But it’s not well-understood how trauma is linked to hippocampal function or how it shapes risk of PTSD.

“What’s so exciting about this study,” Noah Philip, a PTSD researcher and professor of psychiatry and human behavior at Brown University, tells Inverse, “is that it’s looking at a group of people who have just been through trauma and asking the question of what’s going on in their brains that’s making them more likely to develop PTSD or, in this case, symptoms of PTSD.”

Murty and his colleagues’ findings could provide a means for determining early on who is at risk for developing PTSD and perhaps even preventing the condition from unfolding. Currently, identifying these individuals is a challenge.

What’s next — Murty theorizes that because the hippocampus is involved in providing context to memories — the disconnect between an overblown fear response and PTSD may be to do with missing the right context for a memory.

“The more you can pull the traumatic event into your own life narrative, the less likely you are to suffer from symptoms.”

“If you move forward through the world and you don’t have the boundary conditions of where your fear should go… without the hippocampus, you basically lose this flexible high-resolution memory of the event,” says Murty.

This study didn’t involve having the participants do memory tests, so Murty and his colleagues couldn’t test if the connection between lowered hippocampal activity and severe PTSD symptoms involved memory in some way. That’s something he hopes to uncover with further studies and which may lead to novel approaches to PTSD treatments, such as finding ways to stimulate the hippocampus through storytelling.

“There are these therapeutic techniques in PTSD that the more you can pull the traumatic event into your own life narrative, the less likely you are to suffer from symptoms,” he says.

“The one thing we’ve been thinking about is whether we can get people to take emotional memories and form narratives that actually engage their hippocampus more. Could that be a potential therapeutic approach?”

Murty says that any treatment approach is still a distant ideal, but ultimately his research could provide insights that help prevent and treat millions of people around the globe living with PTSD.

When Vishnu Murty’s sister began to show signs of post-traumatic stress disorder after a complicated surgical procedure, the Temple University neurobiologist voiced his concerns to his sister’s clinician. “I was like, ‘Hey, I’m really worried about my sister. Is there anything one can do?’” he recalls to Inverse. She told him to take a deep…

When Vishnu Murty’s sister began to show signs of post-traumatic stress disorder after a complicated surgical procedure, the Temple University neurobiologist voiced his concerns to his sister’s clinician. “I was like, ‘Hey, I’m really worried about my sister. Is there anything one can do?’” he recalls to Inverse. She told him to take a deep…

Is collagen worth taking? Scientists reveal the ideal method for building the protein