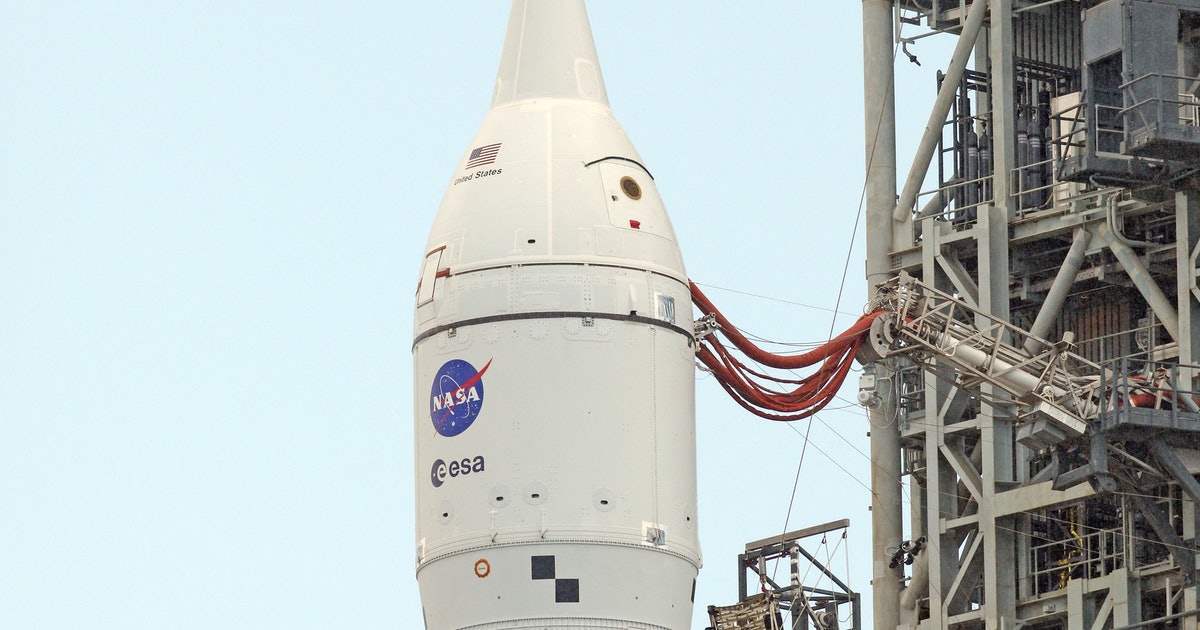 Artemis I is set to launch on August 29, NASA confirmed at a press conference on Wednesday, August 3. The uncrewed lunar mission is a first test of the spacecraft that will carry astronauts to the Moon later this decade.

“We’ve basically got a date with the [rocket] range on the twenty-ninth of August,” said Artemis I launch director Charlie Blackwell-Thompson during the press event.

The agency had flagged three possible launch dates spanning August and September of this year at a conference in July after fixing a fuel leak that had caused problems during crucial pre-launch tests. Artemis I had originally been slated to launch much sooner this year, but the tests slowed down the process.

Artemis I still has some major milestones to clear before launch day. These include a final training simulation, rollout to the launch pad, and a battery of final tests and checklists — all of these stages could result in further delays to launch.

Where is Artemis I now?

In the Vehicle Assembly Building at NASA’s Kennedy Space Center in Florida, three of the ten massive steel work platforms that allow access to the rocket while it’s being assembled and checked out have been retracted. The retraction of each 150-ton platform signals that another section of the SLS rocket and Orion spacecraft is ready to roll out to the launch pad for last-minute testing before taking off.

NASA powered up the Orion capsule for a final check over the weekend (July 30 and 31). On August 4, the Artemis I launch team will hold a last training event — a simulated run-through of fueling the rocket and everything else leading up to the penultimate moments of the launch countdown.

“We’re certainly looking forward to getting that sim behind us and getting that final chance to practice launch countdown before our big day arrives,” said Blackwell-Thompson.

Workers are currently stowing science payloads — including three specially-designed mannequins laden with sensors — inside the crew module. They will close the hatch on August 13, and if everything goes according to plan, SLS and Orion will roll out of the Assembly Building on August 18.

Artemis I: Steps to launch

The Orion capsule, mounted atop the 32-story-tall SLS rocket, will ride one of NASA’s big, slow crawlers for its 4-mile, 8- to 12-hour procession to the launch pad.

“That will signal that launch is near,” said Artemis mission manager Michael Sarafin at Wednesday’s press event.

There, it will spend 11 days on the launch pad. During that time, the Artemis I team will run through a busy schedule of telemetry checks and engineering tests as the team prepares for the countdown. Much of that process will look similar to the wet-dress rehearsal NASA held earlier this year (after a series of delays), but this time, the hive of activity will culminate in liftoff — if all goes well.

Assuming it all goes according to the plan, Artemis I’s launch team will begin pumping liquid hydrogen and liquid oxygen into the fuel tanks for the first and second-stage rockets early on August 29, marking the start of launch day.

If NASA has to scrub the launch — whether thanks to the weather, a technical problem, or a stray aircraft in the launch area — the agency has a backup plan. Artemis I will remain on the launch pad, and NASA will try again on September 2.

Why not just try again the next day you might ask? If Artemis I were to launch on August 30, or indeed August 31 or September 1, the Orion spacecraft would find itself flying in Earth’s shadow. That would prevent Orion’s solar panels from keeping the spacecraft powered up, so mission planners have opted to wait until September 2, if necessary, when Orion can fly in uninterrupted sunlight.

And if something goes wrong on September 2, NASA has to hope the third time will be the charm; the next backup launch date is scheduled for September 5. After that… we hope there won’t be an after that.

Artemis I is set to launch on August 29, NASA confirmed at a press conference on Wednesday, August 3. The uncrewed lunar mission is a first test of the spacecraft that will carry astronauts to the Moon later this decade. “We’ve basically got a date with the [rocket] range on the twenty-ninth of August,” said…

Artemis I is set to launch on August 29, NASA confirmed at a press conference on Wednesday, August 3. The uncrewed lunar mission is a first test of the spacecraft that will carry astronauts to the Moon later this decade. “We’ve basically got a date with the [rocket] range on the twenty-ninth of August,” said…

This genetically modified rice could transform the global food supply