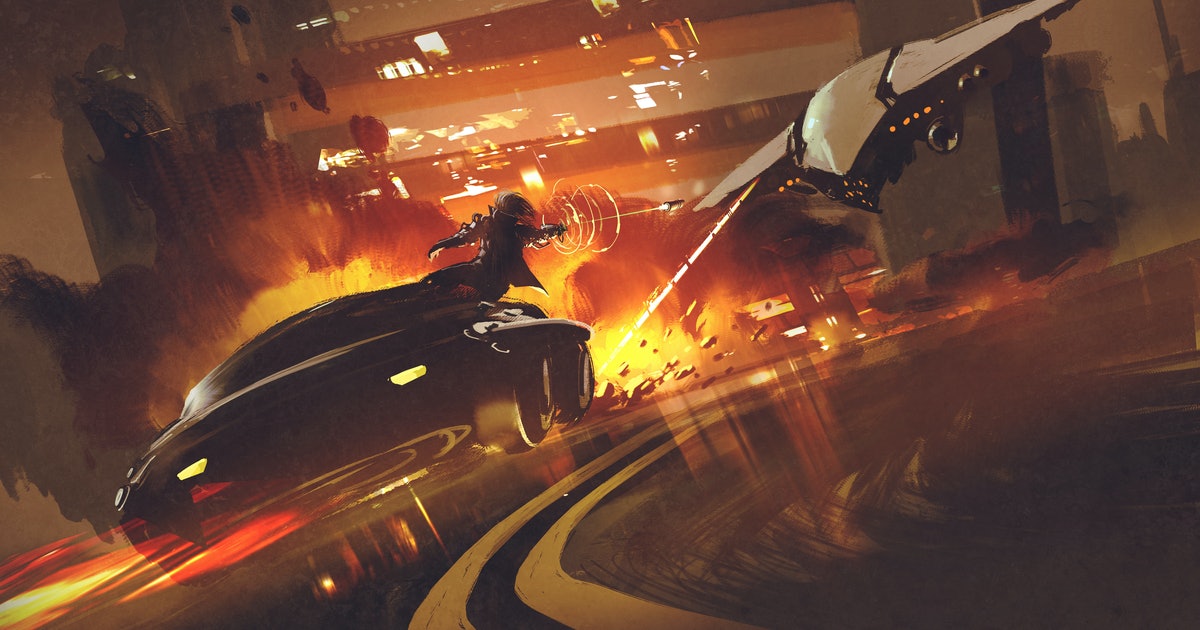 10 years ago, the worst Philip K. Dick movie ever pulled off something amazing

As any sci-fi buff will tell you, the fiction of Philip K. Dick has inspired a staggering number of movies. Most of those adaptions fall into three categories: Wildly unfaithful to the source material and better for it (Blade Runner), close to the source material but understated (A Scanner Darkly), or completely bonkers and so hilariously bad that it’s good (Next).

The 2012 remake of Total Recall is an outlier. It’s also one of the most uniquely strange sci-fi movies of the century, and it was almost amazing.

In the 1990 gonzo sci-fi classic Total Recall, Paul Verhoeven made “get your ass to Mars” an awesome if bemusing battle cry. And yet in the Dick short story upon which both versions of Total Recall are based, “We Can Remember It For You Wholesale,” we never actually see the protagonist go to Mars. Played by Arnold Schwarzenegger in 1990 and Colin Farrell in 2012, Quaid (Quail in the story) goes on a journey of the mind as much as an actual adventure where people are chasing him.

In all iterations, a man goes to a company called Recall to have false memories implanted, allowing him to believe he’s lived a more interesting life than he really has. But it turns out the fantasy memories are actually based on his real memories and, the more the implanters try to mess with his mind by creating fantasies, the more they keep finding outrageous real memories of the character doing exactly what he’s fantasized about doing. The short story even has this hall of mirrors lead to a comedic twist involving Quail saving the Earth from aliens.

The whole reason to make Total Recall is to tell a sci-fi story that’s simultaneously grounded and outrageous. If our escapist fantasies are just repressed memories, then the nature of desire is inverted. Dick suggests that even if what we want is taken away from us without our knowledge, we’ll still want it. Fiction, therefore, is perhaps the best way to connect to ideas that are truer to us than we realize.

In movie form, this twist usually has to be presented as a brief mental shock followed by a variety of chase scenes. In all versions of Total Recall Quaid can’t know the real truth because, in all Philip K. Dick stories, the man will always try to bring you down. There’s nothing inherently wrong with this default conflict, but it does mean the nuance of Dick’s writing is often lost in translation.

In 1990, Total Recall’s solution to making Dick’s themes accessible was to make part of the story more literal. Instead of thinking about memories of Mars, Quaid actually gets his ass there. The 1990 Total Recall has zero restraint and a lot of people getting gunned down by Arnold.

That’s why the 2012 Total Recall is so weird. Other than a few superficial similarities, it’s not really a remake of the 1990 movie. And, because Quaid (Colin Farrell) doesn’t go to Mars, the movie should theoretically have more in common with its whimsical and ruminative source material.

But it doesn’t. The film chooses to be more faithful to one aspect of the short story by eliminating a trip to Mars, then rejects everything else that makes the premise compelling. The twists in the 2012 Total Recall are less interesting because the reality of the film is too real. This may sound strange but, with the arguable exception of Blade Runner, the more plausible and grounded the sci-fi aesthetics are for a Philip K. Dick adaptation, the less interesting the story becomes.

What the Total Recall remake taught us was that taking Philip K. Dick seriously is a mistake. Perhaps there’s no point in trying to recreate the subtle elements of his prose because ultimately there’s something hyperbolic running through all of his material, and approaching any of it like Memento or Inception just doesn’t work. Total Recall 2012 is neither a good Philip K. Dick adaptation nor a bad one. It’s the kind of sci-fi movie that tried to take itself seriously and failed. And that, in some ways, is the most unexpected twist of all.

Total Recall (2012) is streaming on Netflix.

As any sci-fi buff will tell you, the fiction of Philip K. Dick has inspired a staggering number of movies. Most of those adaptions fall into three categories: Wildly unfaithful to the source material and better for it (Blade Runner), close to the source material but understated (A Scanner Darkly), or completely bonkers and so…

As any sci-fi buff will tell you, the fiction of Philip K. Dick has inspired a staggering number of movies. Most of those adaptions fall into three categories: Wildly unfaithful to the source material and better for it (Blade Runner), close to the source material but understated (A Scanner Darkly), or completely bonkers and so…