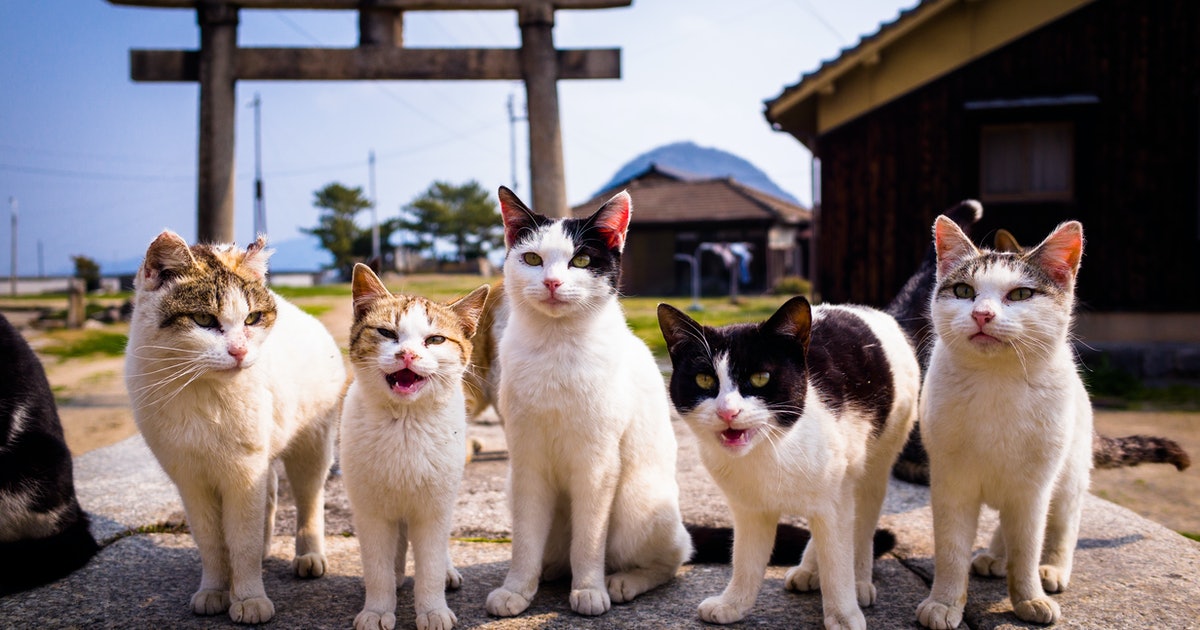 How do cats live together? The evolutionary answer may lie in their gut

Cats have acquired a reputation for being, well, aloof.

Despite their seemingly solitary nature, many domesticated cats coexist peacefully — more or less — with other felines in households, animal shelters, and even on the streets. In the recent video game, Stray, a stray cat gets separated from its kitty family and spends the rest of the game trying to get back to them.

But why did domesticated cats evolve this curious social tendency to co-exist in groups, even when their wild counterparts prefer to live alone? The answer, as it turns out, might partially lurk in an unexpected place: the gut microbiome. The combination of the gut microbiome and hormones like oxytocin may shape the social evolution of cats in surprising ways, according to research published Wednesday in the journal PLOS ONE.

“Cats are solitary and territorial, but they have evolved to acquire the abilities and skills to live in groups,” Hikari Koyasu tells Inverse. Koyasu is the lead author of the study and a researcher in Azabu University’s department of animal science and biotechnology.

Here’s the background — Scientists examined the underexplored relationship between a cat’s hormones, the gut microbiome, and social behavior.

The gut microbiome comprises all the microscopic organisms — like bacteria — crawling around in animals’ and humans’ digestive tracts, and it has surprising effects on health. Koyasu’s team focused on the effects of three specific hormones on cat social dynamics: testosterone, oxytocin, and cortisol.

Cortisol and testosterone are both involved in regulating aggressive behavior, though cortisol primarily functions as a stress hormone. Oxytocin, meanwhile, comes into play with mating, maternal affection, and general social behaviors. You may know oxytocin as the “love hormone” due to its influence on human sexual and romantic relations, but it also plays a role in forming platonic relationships as well.

So, the researchers hypothesized that oxytocin would induce a “tending” behavior leading to the formation of strong emotional bonds among cats living as group mates.

But, much to their surprise, the exact opposite occurred.

Yet it’s the second finding that astonished researchers the most, flipping their hypothesis on its head. While the scientists expected cats with higher oxytocin levels to be more socially agreeable, they were instead less friendly towards other felines. In other words: The cats with higher oxytocin were socially isolated from the rest of the group.

According to the study, gut microbes can affect oxytocin generation and brain function, leading to behavioral changes. These results lead the researchers to conclude that “it is highly likely that the gut microbes influence hormone secretions and behavior.”

So, the secret to the domestic cat’s semi-harmonious co-existence may really lie in the gut.

Why it matters — By analyzing the biological mechanisms underpinning cat group behavior, researchers were really asking a deeper question: Is there something unique about the evolution of domesticated cat behavior that sets felines apart from other animals that live in groups?

Before the researchers conducted their study, they were toying between two competing ideas on cat evolution, the first being that cats “may be ‘groupmates,’ similar to other mammals that live in groups. The second idea suggested that “they may be in conflict with each other, in spite of living in high densities, due to their inherent solitary nature.”

As it turns out, neither idea may be fully correct. Yes, cat social behavior is fairly different from other animals, refuting the first idea that cats living together are akin to close friends.

“The major difference between the results of this study and typical group-living animals is the link between oxytocin and affiliative behavior,” Koyasu explains.

Basically, cats with high oxytocin may be socially agreeable with “in-group” cats — basically think of it as their close network of feline kin — but not as friendly to “out-group” cats. This effect of oxytocin limits the ability of cats to form “tightly connected groups,” according to the research.

“This does not mean that the cats living in a group are hostile,” Koyasu adds.

According to the paper, the development of human civilization may have pushed domestic cats to live together in search of food resources that were now more abundant such as rats. Therefore, cats needed to evolve social skills like grooming and sleeping together to have a more harmonious group living situation — sort of like a roommate who you sometimes cook for but still don’t know that well on a personal level.

How they made the discovery — Researchers selected ten male and five female cats from an animal shelter in Kanagawa, Japan to participate in the study over a two-week period. All the cats were neutered and ate the same food. The scientists randomly paired the cats in three groups of five individuals, placing one group in the room at a time.

The scientists collected fecal and urine samples from the cats daily and observed their behavior every other day. The scientists used the samples they collected to measure hormone levels and analyze their gut microbiomes, allowing them to parse out the effect of these biological factors on the cats’ social behavior in groups.

What’s next — There are a few limitations to this study, making further research necessary to fully explain the mysteries of feline social behavior.

“Because this study was conducted on shelter cats with a variety of backgrounds, we do not consider our results to be applicable to all cat groups,” Koyasu says.

Further, because the study period was so short, the cats may not have had sufficient time to develop close relationships with each other. So, pet owners of multiple cats may need to wait a little longer before they can unpack the strange feline dynamics in their household

“It would be interesting to imagine whether your cats are just a friendly group or have a strong bond,” Koyasu says.

Cats have acquired a reputation for being, well, aloof. Despite their seemingly solitary nature, many domesticated cats coexist peacefully — more or less — with other felines in households, animal shelters, and even on the streets. In the recent video game, Stray, a stray cat gets separated from its kitty family and spends the rest…

Cats have acquired a reputation for being, well, aloof. Despite their seemingly solitary nature, many domesticated cats coexist peacefully — more or less — with other felines in households, animal shelters, and even on the streets. In the recent video game, Stray, a stray cat gets separated from its kitty family and spends the rest…

The latest deadly threat to polar bears? Your trash

A wild twist on a modern technology could unleash nuclear fusion