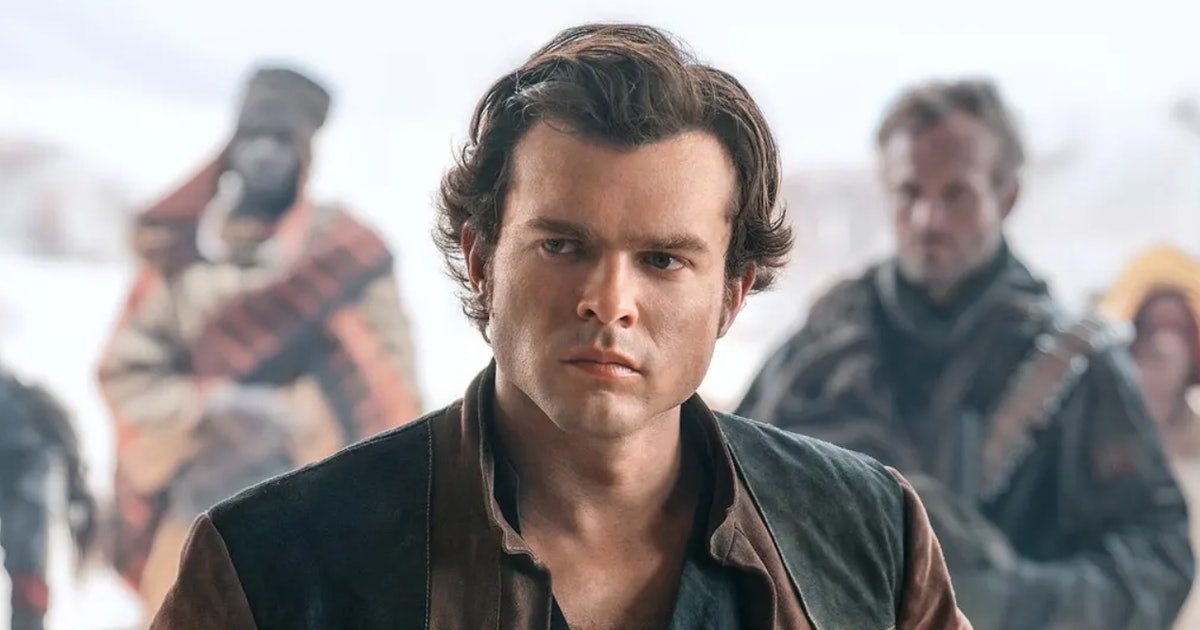 Before Raiders of the Lost Ark had even begun production, George Lucas asked the young screenwriter Lawerence Kasdan to turn around and write The Empire Strikes Back.

It’s one of those movie-making factoids that seems impossible to believe: the idea George Lucas would have handed over the keys to both of his fledgling franchises to an up-and-coming screenwriter with only two previous feature film credits. And when you talk to Lawerence Kasdan in 2022, he laughs and shakes his head. Over four decades later, even he can’t believe it.

“I had already written Raiders for him,” Kasdan tells Inverse. “And then George says, ‘Now I want you to write Empire.’ I was shocked. I was immediately thrust into that world.”

42 years, Kasdan is still in that world. His latest credit is directing Light & Magic, a deep-dive docuseries on Disney+ that lovingly chronicles the entire history of the famous VFX house Industrial Light & Magic. But he’s also responsible for co-writing the screenplay of The Force Awakens (2015), and co-writing Solo: A Star Wars Story (2018) with his son Jonathan Kasdan.

When you close your eyes and think of Lawerence Kasdan’s scripts, immediately, the connective tissue between his writing style and his dialogue becomes apparent. When Kasdan is writing, the characters don’t just say things that are relatable, they say the things you wished you could say.

“Everything I’ve done over these many years is a result of everything I’ve seen and heard and lived,” Kasdan says. “I’m interested in people. I want to know the details. I want to get behind what they say and try to see what they really are. You know, it’s not always easy. Whether I’m writing a character — or making a documentary and interviewing someone — I want to know what drove them.”

Kasdan’s mention of working on documentaries, of course, references the new docuseries Light & Magic, which, humanizes certain behind-the-scenes players with Lucasfilm like never before.

Let’s face it, there have been a lot of Star Wars documentaries, and the prospect of doing one centered on the history of a single special effects house could have been tricky. But Kasdan’s signature wit, style, and ability to compress information and convey it quickly is what makes Light & Magic click. Although many of the major players are profiled and given new dimensions — from Phil Tippet to John Dykstra to Dennis Muren — Kasdan also keeps Light & Magic focused on George Lucas. The mere existence of new interviews with George Lucas discussing the creation of ILM is kind of all you need to know about why Light & Magic is awesome.

I would be more interested in doing another movie, not a TV series.”

“When I started doing the big movies, I had George guiding the ship,” Kasdan says. “His imperative was to do the best thing you can think of. Akira Kurosawa, who is my favorite director, used to say when he was writing, ‘What’s the best thing that can happen next?’ George is of that school.”

Beyond words of inspiration, Kasdan’s sentiment leads to a shocking revelation about how early Lucasfilm movies were actually made: the writers didn’t worry about the budget. In our conversation, Kasdan makes it very clear the scripts for Raiders of the Lost Ark and The Empire Strikes Back were not constrained by thinking about how much anything would cost.

“It did not have to do with budget,” Kasdan said. “And that’s one of the geniuses of ILM. They would expand it or reduce it to the budget they had and would still come up with miraculous things. And you see movies that were made for very little at ILM or gigantic movies, and the quality is the same.”

Under Kasdan’s skilled direction, Light & Magic is a delightful jolt of nostalgia about things you might not have known you were nostalgic about. While it’s fascinating to learn about the development of each specific type of technology, Kasdan keeps the story of ILM focused on people, crafting characters as only he knows how.

But will he ever return to one of the characters that he, arguably, shaped? Could Lawerence Kasdan ever write dialogue for Han Solo again? When asked directly about a Han Solos streaming TV series, Kasdan shoots it down.

“No there’s not any talk of that,” he says. “I’ve never been particularly drawn to expanding [Solo] into a show. But, I do talk to Jon [Kasdan] and Ron [Howard] a lot about what went right and what went wrong with the Solo experience. I would be more interested in doing another movie, not a TV series.”

Before Raiders of the Lost Ark had even begun production, George Lucas asked the young screenwriter Lawerence Kasdan to turn around and write The Empire Strikes Back. It’s one of those movie-making factoids that seems impossible to believe: the idea George Lucas would have handed over the keys to both of his fledgling franchises to…

Before Raiders of the Lost Ark had even begun production, George Lucas asked the young screenwriter Lawerence Kasdan to turn around and write The Empire Strikes Back. It’s one of those movie-making factoids that seems impossible to believe: the idea George Lucas would have handed over the keys to both of his fledgling franchises to…

Kevin Bacon on monsters, ‘They/Them,’ and bringing his Mutant to the MCU