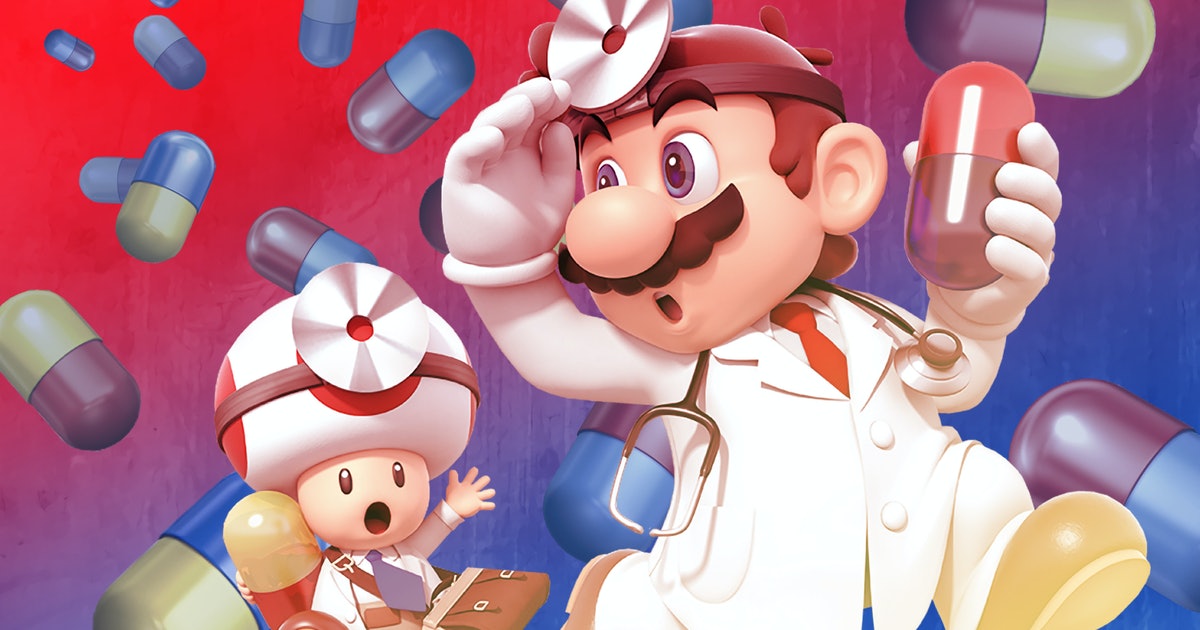 Mario is a man who wears many hats, figuratively that is. While he may sport his signature cap most of the time, he does it as a plumber, a go-kart driver, and a soccer star amongst many other professions. But 32 years ago Mario earned his greatest position, putting on his white coat and stethoscope. Dr. Mario wasn’t just a great spinoff game; it was the first title that showed Nintendo the endless potential of everybody’s favorite plumber.

A spoonful of sugar

After solidifying himself as the de facto mascot of Nintendo with excellent platforming games such as Super Mario Bros. 3 in 1989, Mario thought it was time to switch things up. The obvious next stop was medical school! Miraculously, he condensed an entire MD curriculum into one year and returned in 1990 as Dr. Mario.

July 27, 1990, saw the release of the first Dr. Mario game on the NES and Gameboy. It is a puzzle game that clearly sought to capitalize on the popularity of Tetris. Players view an empty bottle as two-toned pills fall to the bottom. Whereas Tetris gives the player different shapes to use, Dr. Mario only has pills of the same size. The complexity comes in the three colors pills can have: blue, yellow, and red. Each pill has two of the three colors and players must match colors to those already in the bottle to eliminate viruses.

The game was well received at the time of its release and praised for its twist on the Tetris formula that was fun for players but difficult to master. This low barrier to entry allowed anybody to understand the game and learn to love its addictive gameplay loop. The difficulty curve then challenged players to just play a little more and a little better each time to improve their scores. All of this was done with a cute little Dr. Mario cheering you on in the corner of your screen.

In addition to the normal single-player mode, Dr. Mario also had a multiplayer. This versus mode, which later received a game of its own, encouraged players to clear their respective playing field of viruses before the other player. Eliminating multiple viruses or causing chain reactions caused additional capsules to fall on the opponent’s field. Before Tetris Battle on Facebook, there was Dr. Mario.

Originally only on NES and Game Boy, Nintendo ported Dr. Mario to SNES, as well as giving it an arcade machine. The hit versus mode was turned into a standalone arcade machine for friends to battle each other on. Dr. Mario even became playable on the Game Watch, a Game Boy-shaped wristwatch.

Ironically, Dr. Mario had started a fever in the public for the franchise. Dr. Mario became a playable character in Super Smash Bros. Melee. To this day Nintendo still makes Dr. Mario games, with the most recent being a mobile title released in 2019. But the real legacy of Mario’s medical exploits is in the paths it opened for Nintendo to capitalize on spinoffs.

While Dr. Mario wasn’t the first time the plumber had made his way into other genres; it was the first big hit with his name on the box. From this point on it became clear that Mario could sell anything, especially if the games were already good before Mario’s face was on them.

After Dr. Mario, Nintendo developed the first Mario Kart game as well as Mario Paint in 1992. The former was a digital art tool while the latter was a kart racer, yet despite no sign of the traditional platforming adventures of Mario, both games found an audience. From then on, the spinoffs kept coming with new genres inviting Mario to try them out. Fighting games, sports games, and JRPGs all have Mario titles that stand up to criticism today. The only fictional character with more job diversity than Mario is Barbie.

Mario is a man who wears many hats, figuratively that is. While he may sport his signature cap most of the time, he does it as a plumber, a go-kart driver, and a soccer star amongst many other professions. But 32 years ago Mario earned his greatest position, putting on his white coat and stethoscope.…

Mario is a man who wears many hats, figuratively that is. While he may sport his signature cap most of the time, he does it as a plumber, a go-kart driver, and a soccer star amongst many other professions. But 32 years ago Mario earned his greatest position, putting on his white coat and stethoscope.…

‘Tower of Fantasy’ release date, pre-registration, and more details about the sci-fi RPG