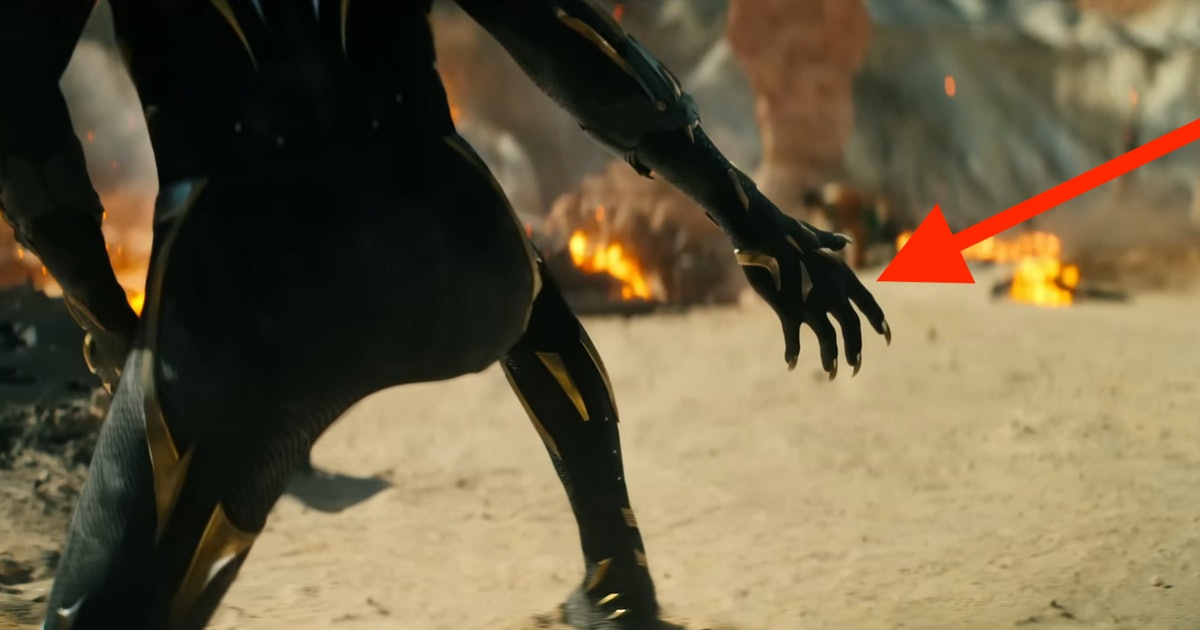 Marvel released the stunning first trailer for Black Panther: Wakanda Forever this weekend, and to say that anticipation for the film has gone through the roof since then would be an understatement. Not only does the trailer offer viewers a look at Tenoch Huerta’s Namor, but it also hints at how the Ryan Coogler-directed sequel is going to deal with the loss of original Black Panther star Chadwick Boseman.

The trailer also concludes with a brief shot of an unknown character dressed in a new Black Panther suit. Consequently, comic book fans have all been busy asking the same question: Who’s going to emerge as the MCU’s new Black Panther in Wakanda Forever?

The answer to Black Panther: Wakanda Forever’s greatest mystery is unclear, and odds are it will remain that way until the film’s theatrical release this November. The trailer does, however, go out of its way to spotlight many of the film’s returning characters, including Lupita Nyong’o’s Nakia and Angela Bassett’s Ramonda.

Both characters have flown under the radar during discussions of Wakanda Forever, but the film’s first trailer suggests they’re both going to play major roles. While it seems highly unlikely that Ramonda will take on the mantle once assumed by her son, it’s clear that her struggle to come to terms with the loss of yet another family member is going to be one of Wakanda Forever’s most potent emotional threads. And, in case that wasn’t heartbreaking enough, some rumors suggest that Ramonda may not make it out of the Black Panther sequel alive.

As for Nakia, while there’s certainly a chance that Nyong’o could wear a Black Panther suit at some point in Wakanda Forever, it seems more likely that her storyline will focus on how the loss of Boseman’s T’Challa has changed her relationship with Wakanda itself. 2018’s Black Panther set the two characters up to be romantic partners, so it’ll be interesting to see how Wakanda Forever handles her reaction to T’Challa’s demise.

If early rumors are to be believed, it’s even possible that Nakia’s arc will ultimately focus on her finding a way to continue T’Challa’s legacy in a manner that extends beyond his time as his nation’s superheroic protector.

If both Nakia and Ramonda are unlikely candidates for the MCU’s next Black Panther, then who will succeed Boseman’s T’Challa as the new protector of Wakanda? A series of alleged Black Panther: Wakanda Forever plot leaks surfaced recently, some of which claimed to reveal how the highly anticipated MCU sequel will handle T’Challa’s succession. Several of the leaks, which were compiled in a recent Reddit thread, even claim that Wakanda Forever will see multiple characters don Black Panther suits.

That said, the general consensus among MCU fans and leakers seems to be that it’ll be one of two characters who ultimately take T’Challa’s place.

There are several signs indicating that it’ll be T’Challa’s sister, Shuri (Letitia Wright), who assumes her brother’s superhero mantle in Wakanda Forever.

But while Shuri has long seemed like the frontrunner, several leaks have suggested that she’ll only temporarily become a Black Panther. Instead, it will ultimately be M’Baku (Winston Duke), the leader of the Jabari Tribe, who becomes both the new King of Wakanda and the new Black Panther at the end of Wakanda Forever.

If true, that means Wakanda Forever will turn M’Baku from one of the MCU’s most memorable supporting characters into one of the franchise’s tentpole heroes.

The Inverse Analysis — This is, of course, speculative. While the film’s latest trailer does seem to confirm that one of its characters will take on the Black Panther mantle, there’s no way of predicting with any real certainty which character will do so.

That said, even though Letitia Wright’s anti-vax views have called her position in the MCU into question, both Shuri and M’Baku still seem like prime candidates to become Marvel’s new Black Panther. While it’s entirely possible that someone else has been picked to be T’Challa’s MCU replacement (Danai Gurira’s Okoye has, notably, been rumored to don a Black Panther suit at one point), MCU fans shouldn’t be surprised if the figure seen at the end of the film’s first trailer ends up being either Shuri or M’Baku.

Marvel released the stunning first trailer for Black Panther: Wakanda Forever this weekend, and to say that anticipation for the film has gone through the roof since then would be an understatement. Not only does the trailer offer viewers a look at Tenoch Huerta’s Namor, but it also hints at how the Ryan Coogler-directed sequel…

Marvel released the stunning first trailer for Black Panther: Wakanda Forever this weekend, and to say that anticipation for the film has gone through the roof since then would be an understatement. Not only does the trailer offer viewers a look at Tenoch Huerta’s Namor, but it also hints at how the Ryan Coogler-directed sequel…