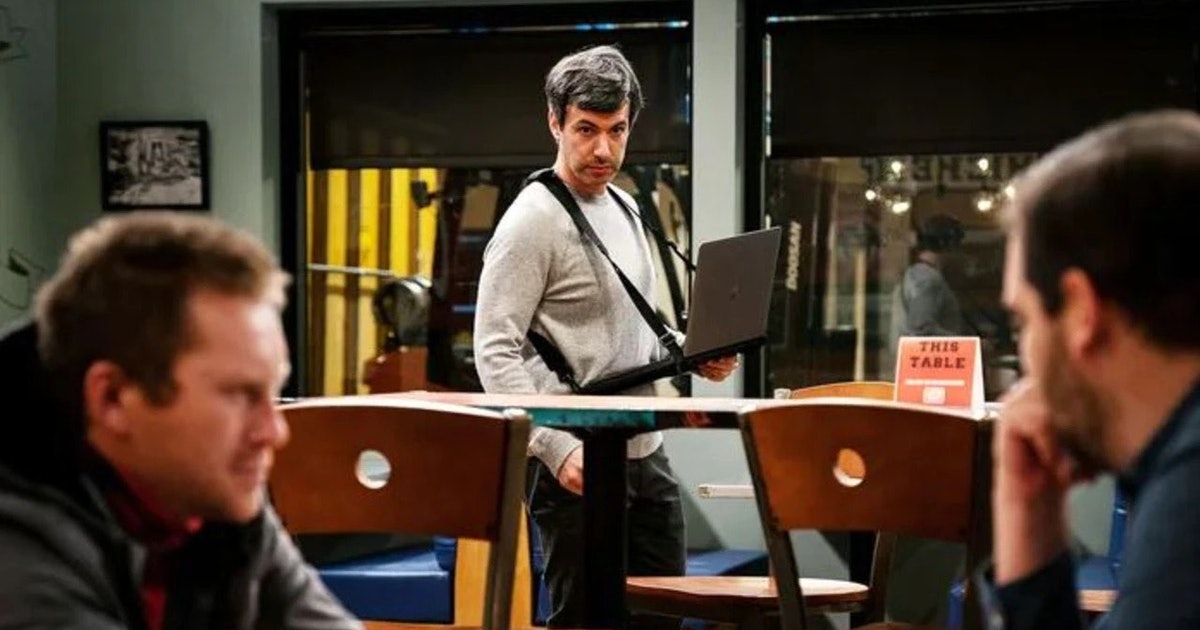 ‘The Rehearsal’ riffs on exposure therapy, but the real deal is powerful

In the new HBO series The Rehearsal, Nathan Fielder tells his audience that we can take control over our most anxiety-inducing moments by planning them and rehearsing ahead of time.

“If you plan every variable, a happy outcome doesn’t have to left to chance,” Fielder says in the show’s first episode.

The show itself is a tight-rope walk between the sincere and the surreal, and the audience is left to wonder if they’re really in on the joke. The “rehearsals” Fielder guides his subjects through are extreme: They run through different scenarios like confronting specific anxiety, scripting what to say, and practicing those lines with an actor.

Taking anything Fielder says seriously leaves you vulnerable to wondering what’s real, which is perhaps the point of this thought-exercise vis-à-vis a television show. But comedy (and the ethics of his methods) aside, The Rehearsal raises a question: Can rehearsing through a challenging time curb anxiety and prepare you to face it?

Psychology suggests the answer may be yes.

Mental rehearsal — the act of imagining yourself successfully completing a task — can benefit people preparing for an event, like an athlete or a surgeon. Meanwhile, practicing what you want to say is considered helpful for a big meeting or a confrontation.

These practices are less intense than what Fielder asks of his subjects. Still, they support his central idea — even if Fielder’s message edges closer to the dangerous what-if thinking that can amplify anxiety. Studies even suggest some anxious people strategically worry with the hope of avoiding further stress.

Fielder’s theory is also a nod to the very successful — but under-discussed — exposure therapy. This intervention is considered an underutilized tool with untapped potential. In part, this is because exposure therapy has a public relations problem, Emily Becker-Haimes and colleagues say in a June paper published in the journal Current Psychology.

Exposure therapy is a “supported and gradual process.”

Becker-Haimes is an assistant professor at the University of Pennsylvania’s Perelman School of Medicine. She tells me you could think of exposure therapy as a rehearsal — though it’s a little more nuanced. There are several variations of exposure therapy. In some cases, it can involve engaging in practice situations or “rehearsals” of feared situations. It might also mean “going out and doing the real things you are afraid of with therapist support,” she says. That’s in sharp contrast to Fielder’s subjects — they go it alone without someone who can guide them through the experience.

“One of the key aspects of effective exposure therapy is helping clients learn that they can handle approaching situations that they are afraid of and that they can tolerate their feelings of distress,” Becker-Haimes explains.

Exposure therapy also overlaps with some of the tenets of cognitive behavioral therapy. Therapists help their clients realize “they are able to handle more than they originally thought they could,” Becker-Haimes. She describes it as a “supported and gradual process.”

“One of the reasons my colleagues and I have proposed that we use a different name for exposure is because the term ‘exposure therapy’ really doesn’t capture the idea of a supported and gradual process,” Becker-Haimes says.

She favors an alternative description, like supported approach of feared experiences or SAFE, which “still highlights the importance of facing fears to overcome unhelpful anxiety, while also emphasizing the importance of having support to do so.”

One of the most striking moments in the first episode of The Rehearsal is when Fielder rehearses telling that episode’s subject that he lied to him about something he knows would devastate the subject. The idea is that this dishonesty is necessary for the desired outcome. But Fielder still feels bad about it. It’s a moment of tragi-comedy that can make you squirm.

“In reality, exposure therapy — when done right — is a collaborative process that involves working with patients to understand their goals, help them take gradual steps to face their fears, and limit their avoidance of situations that are relatively safe,” she adds.

Becker-Haimes believes exposure therapy is one of the most effective mental health interventions available. It’s known to benefit people with anxiety conditions and obsessive-compulsive disorders and can be delivered in several ways aside from in-person experiences, including virtual reality and writing exercises. But estimates suggest less than a third of clinicians will deliver exposure therapy to patients who could benefit from it, she says.

Misconceptions may be to blame, Becker-Haimes theorizes. Clinicians may worry that exposure therapy will cause people to drop out of therapy at higher rates than other treatments or that patients won’t want to participate. Data do not support these fears, she clarifies.

But exposure therapy can be complicated and stressful to deliver, and facing fears can be scary and uncomfortable. An effective exposure therapist needs to model calm and confidence, Becker-Haimes says.

A rehearsal of sorts may, in turn, help you manage anxiety — if a qualified professional is at the rehearsal with you, showing the way.

In the new HBO series The Rehearsal, Nathan Fielder tells his audience that we can take control over our most anxiety-inducing moments by planning them and rehearsing ahead of time. “If you plan every variable, a happy outcome doesn’t have to left to chance,” Fielder says in the show’s first episode. The show itself is…

In the new HBO series The Rehearsal, Nathan Fielder tells his audience that we can take control over our most anxiety-inducing moments by planning them and rehearsing ahead of time. “If you plan every variable, a happy outcome doesn’t have to left to chance,” Fielder says in the show’s first episode. The show itself is…