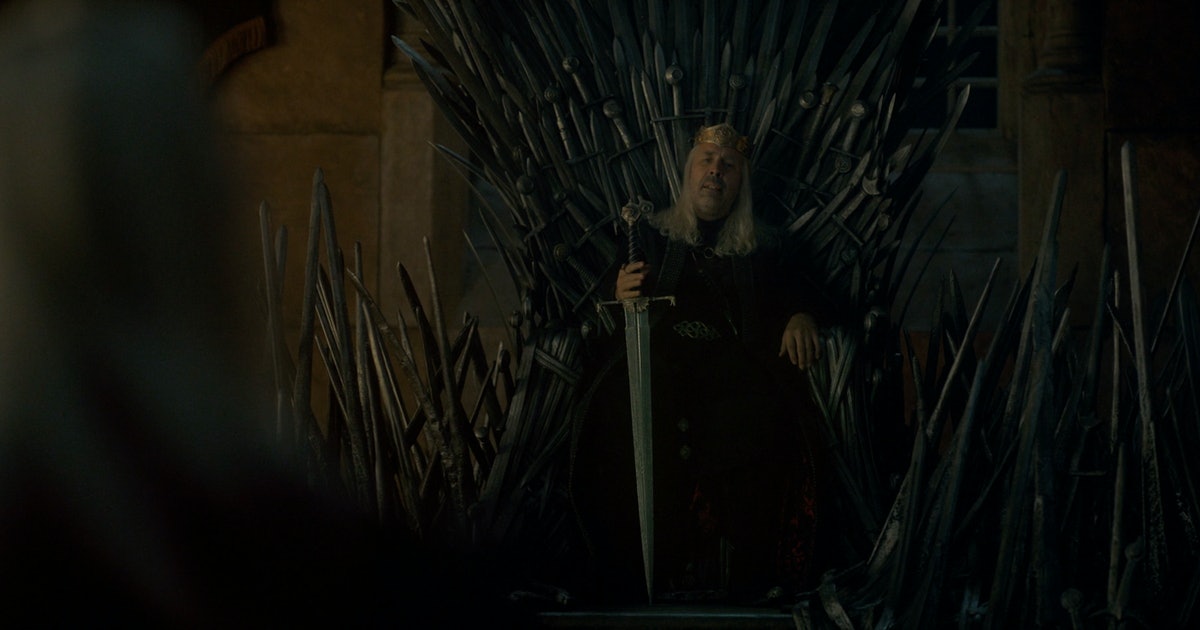 7 characters you need to know

HBO is set to bring viewers back to Westeros in House of the Dragon. Set 200 years before the events of Game of Thrones, the new series promises to be full of the same political intrigue and ruthless violence that made its HBO predecessor so successful. But unlike Game of Thrones, which featured a sprawling cast and told a story that frequently spanned multiple continents, House of the Dragon promises to tell a much more focused tale.

That doesn’t mean its cast won’t be impressive though. As a matter of fact, the latest trailer for the series is full of recognizable actors, all of whom are set to portray figures that play important roles in the Dance of the Dragons, the disastrous Targaryen civil war that House of the Dragon is set to explore.

Now, with only a few weeks to go until House of the Dragon’s long-awaited premiere, here are the seven characters you need to know.

There is no character in House of the Dragon more important than Rhaenyra Targaryen (Emma D’Arcy). A dragonrider and the first-born daughter of King Viserys I Targaryen (Paddy Considine), Rhaenyra is named her father’s heir to the Iron Throne at a young age. As a result, she spends most of her life preparing to become the first Queen of Westeros.

However, Rhaenyra isn’t the only Targaryen who could take her father’s place on the throne, and it doesn’t take long for certain factions within King’s Landing to begin looking for ways to circumvent her royal claim. Considering that House of the Dragon takes place in the same world as Game of Thrones, it shouldn’t come as much of a surprise to learn that Rhaenyra’s succession doesn’t go smoothly.

Less than a decade older than Rhaenyra, Alicent Hightower (Olivia Cooke) is the woman Rhaenyra’s father, King Viserys I, eventually takes as his second wife. She’s also, notably, the daughter of Otto Hightower (Rhys Ifans), the Hand of the King, who ranks as one of Viserys’ most trusted advisors

Following their marriage, Alicent and Viserys have five children, including three sons. However, Viserys never revokes Rhaenyra’s appointment as his successor, which doesn’t go over well with Alicent. She and Rhaenrya therefore emerge as rivals throughout the Dance of the Dragons, as they disagree over who deserves to sit on the Iron Throne after Viserys’ death.

The brother of the king, Daemon Targaryen (Matt Smith) is an experienced warrior who believes himself to be the true heir to the Iron Throne — a belief which stems from Viserys’ inability to produce a living son from his first marriage. However, instead of naming Daemon his heir, Viserys breaks from Westerosi tradition and makes his daughter, Rhaenyra, his heir. Viserys’ decision predictably creates a schism in his relationship with his brother.

Daemon’s loyalty to his family, combined with his ambition and sense of entitlement, makes him one of House of the Dragon’s most unpredictable and enigmatic characters. Without spoiling too much, it’s worth noting that Daemon has the potential to be the closest thing House of the Dragon has to its own Jaime Lannister.

As the Hand of the King to Paddy Considine’s Viserys I and the father of Viserys’ second wife, Alicent, Otto Hightower (Rhys Ifans) is one of the most powerful figures in House of the Dragon. He’s a scheming and manipulative politician, one whose fierce, unspoken rivalry with Matt Smith’s Daemon makes him a powerful enemy to anyone who finds themselves on the same side as the Targaryen prince.

Otto plays a major role in both getting Rhaenyra named her father’s successor and in creating opposition to her claim. He’s a man who’s loyal only to his own family, so it shouldn’t come as much of a surprise to say that Otto plays a key role in instigating the Targaryen civil war that will make up the bulk of House of the Dragon’s story.

Corlys Velaryon (Steve Toussaint) is the head of House Velaryon when House of the Dragon begins. Much like the Targaryens, the Velaryons originally hail from the fallen kingdom of Valyria and are sworn allies of their fellow Valyrians.

Corlys, for his part, is one of the most accomplished explorers and sailors in the history of Westeros. He rules the largest navy in the world at the time of House of the Dragon, and is one of the most powerful figures in all of Westeros. He’s a smart politician and brilliant commander, which makes him a formidable ally to whoever he ultimately sides with in House of the Dragon.

Rhaenys Velaryon’s (Eve Best) position as the wife of Corlys Velaryon would be enough on its own to make her one of the most important figures in House of the Dragon. However, Rhaenys’ marriage to Corlys is not the only reason why she’s set to be one of the major players in HBO’s prequel. Unlike many of the other characters, Rhaenys actually knows what it’s like to be in consideration for the Iron Throne.

Rhaenys was briefly believed to be the heir, but when her father Aemon Targaryen died, King Jaehaerys I tossed aside Rhaenys’ claim in favor of naming her uncle, Baelon, the new heir. It’s fair to say that Eve Best’s Rhaenys knows what she’s talking about when she tells Rhaenyra that no woman will be allowed to inherit the Iron Throne.

We’ve already written a bit about Ser Criston Cole (Fabien Frankel). The character, who’s featured heavily in the latest trailer for House of the Dragon, is a knight who starts out as a close friend and possible lover of Princess Rhaenyra Targaryen. However, shortly after he’s named the Lord Commander of the Kingsguard, Criston’s relationship with Rhaenyra takes a sour turn.

The two become bitter enemies and Cole subsequently becomes very close to Alicent Hightower. Like many of the show’s characters, he ends up playing a major role in the Dance of the Dragons, and his complicated relationship with Rhaenyra makes him one of the show’s most interesting supporting figures.

His actions throughout the series’ central Targaryen civil war also earn him the unofficial moniker of “Kingmaker.” For those who don’t know how the Dance of the Dragons plays out, feel free to make of that what you will.

House of the Dragon premieres Sunday, August 21 on HBO.

HBO is set to bring viewers back to Westeros in House of the Dragon. Set 200 years before the events of Game of Thrones, the new series promises to be full of the same political intrigue and ruthless violence that made its HBO predecessor so successful. But unlike Game of Thrones, which featured a sprawling…

HBO is set to bring viewers back to Westeros in House of the Dragon. Set 200 years before the events of Game of Thrones, the new series promises to be full of the same political intrigue and ruthless violence that made its HBO predecessor so successful. But unlike Game of Thrones, which featured a sprawling…

The oral history of ‘The Last Ronin,’ the biggest TMNT comic since 1984