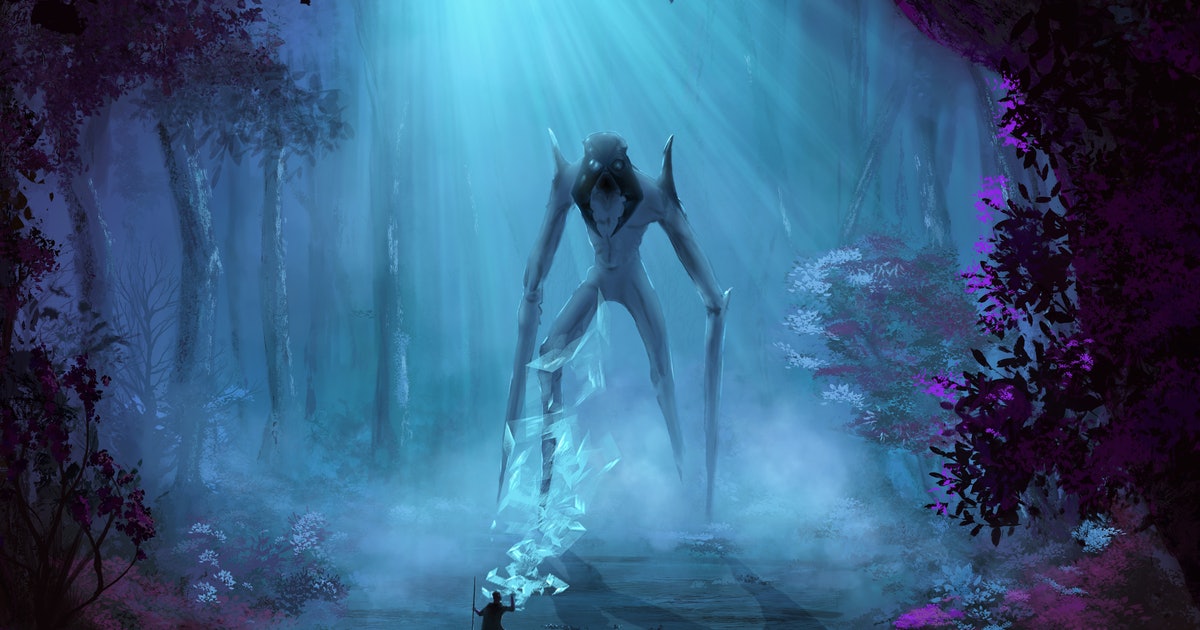 Humans ruin the Earth, and nature returns the favor with unparalleled fury. The clash between humankind and the environment is at the heart of the animated fantasy epic Princess Mononoke — but it’s also the world we live in today amid the climate crisis. Humans are deforesting the land at alarming rates while the warming planet responds with hellfire — sometimes literally.

Directed by legendary Japanese animator, Hayao Miyazaki, Princess Mononoke centers on a young man named Ashitaka. Cursed by a wounded boar god, Ashitaka leaves his community and travels far from home to find the source of the bullet that ultimately killed the boar god.

He soon finds his answer: The people of Irontown. Led by the fierce Lady Eboshi, Irontown’s residents want to tear down nearby woodland so they can produce more iron and satisfy feed their emerging industrial economy. But the forest is home to spirits and ancient gods, and they don’t take the destruction of their home lightly. Hence, the titular Princess Mononoke — a human girl raised by wolves — leads her animal family to attack Irontown, eventually culminating in an earth-shattering showdown between humankind and Earth itself.

Twenty-five years after its release in Japan, Princess Mononoke feels increasingly relevant in our modernized world. Experts explained to Inverse why humans should heed the movie’s radical environmental message and heal our relationship with nature to halt the climate crisis.

“We are all far more aware of the fragility of the Earth nowadays. Miyazaki’s movies have anticipated our awareness of this fragility,” Susan Napier tells Inverse. Napier is the Goldthwaite Professor of Rhetoric and Japanese at Tufts University and the author of the book Miyazakiworld: A Life in Art.

Princess Mononoke makes clear that humanity’s consumptive greed will inevitably lead to the destruction of the nature it depends on for life.

“When the forest has been cleared and the wolves wiped out, this desolate place will be the richest land in the world,” Lady Eboshi, the leader of Irontown, tells a stunned Ashitaka.

But in the film, nature is not passive. Indeed, all elements of nature in the movie — from the boars to the wolves to the forest god — will use violence to protect themselves and reclaim their home from humans. This assertion of nature’s independent agency is radical. It’s a message strikingly similar to the modern rights of nature movement, which asserts that nature has legal rights akin to human rights.

“I think one of the most interesting and maybe challenging messages from Princess Mononoke is the importance of respecting the natural environment as an entity in itself,” Napier says.

Napier recalls a stunning scene where the God of the Forest — known in Japanese as shishigami — stands as a giant translucent being and towers over the mountains. The shishigami is a majestic, terrifying “other” that humans cannot anthropomorphize or subjugate.

“This is an essentially animistic viewpoint, and animism is increasingly being recognized as an approach to the natural world that respects the power and legitimacy of non-human forces,” Napier adds.

The movie’s final sequence, a final showdown between the shishigami and the humans, stresses how by destroying the environment, we are also destroying ourselves.

“Miyazaki’s movie suggests that humanity is not on top of the food chain, that we live in a complicated, interconnected, non-hierarchical world, and we need to recognize that and build from there,” Napier says.

Princess Monoke takes place in a fantastical version of medieval Japan — yet it holds up a mirror to the modern environmental crisis.

“If anything, the message is even more relevant today than it was when the movie came out in 1997,” Napier says.

Unsustainable human demand fuels the destruction of the sacred forest in the movie. Likewise, our unsustainable demand for fossil fuels leads to widespread destruction of nature worldwide. Deforestation in the Amazon — the Earth’s “lungs” — reached an all-time high in the first half of 2022.

Forests are vital for human survival. When Lady Eboshi harms the forest god, the deity wreaks havoc by killing everything in its path. In real-life, humans cut down a football field of forest every six seconds. Doing that releases the carbon dioxide stored in the trees into the atmosphere, accelerating global warming. According to the Intergovernmental Panel on Climate Change, global warming increases the likelihood of extreme weather events and natural disasters. Nearly 2,000 people have perished in the ongoing heat waves in Spain and Portugal, and tens of thousands have fled wildfires in France.

“The parallels between this movie and the climate crisis is that there is a natural balance in forest ecosystems and nature more broadly that we humans interrupt at our own peril,” Barry D. Solomon, Professor Emeritus of Geography and Environmental Policy at Michigan Technological University, tells Inverse. Solomon co-authored a paper on the theme of ecological consumption in Miyazaki’s works.

Rebuilding our relationship with nature

While Princess Mononoke depicts destruction, it also offers pathways for humans to rebuild their relationship with nature and each other in the age of the climate crisis.

First: We must recognize that humans and nature can coexist — even if uncomfortably. Recognizing that the economy is part of the natural ecosystem — also known as the ecosphere — in turn, recognizes that we depend on nature’s resources to survive.

Solomon says that humans can cut down some trees for our use, but we need to counter deforestation with reforestation to “preserve the balance.” In Princess Mononoke, the ironworks factory disturbs that harmonious balance by seeking to tear down the whole forest for mineral extraction. To counter the climate crisis in real life, we also need to think about how many trees we are planting or preserving for every one we cut down.

Second: We need a community of concerned citizens looking out for each other and the planet.

Napier points out that the movie shows characters like Ashitaka working to “try and create a more harmonious connection between the people of Tatara and the forest that surrounds them.”

“The film depicts anger and resentment on the part of many of its characters but also shows the characters going beyond these feelings to try and reach out to create a more effective and harmonious community,” Napier says.

The movie’s protagonist desires to see a world “with eyes unclouded by hate.” Seeing past our immediate anger and helplessness to find long-term climate solutions can protect our planet. Otherwise, as the movie cautions, our rage will simply consume us and leave nothing behind but further destruction.

Humans ruin the Earth, and nature returns the favor with unparalleled fury. The clash between humankind and the environment is at the heart of the animated fantasy epic Princess Mononoke — but it’s also the world we live in today amid the climate crisis. Humans are deforesting the land at alarming rates while the warming…

Humans ruin the Earth, and nature returns the favor with unparalleled fury. The clash between humankind and the environment is at the heart of the animated fantasy epic Princess Mononoke — but it’s also the world we live in today amid the climate crisis. Humans are deforesting the land at alarming rates while the warming…

How did supermassive black holes grow? Webb could reveal this key part of the early universe