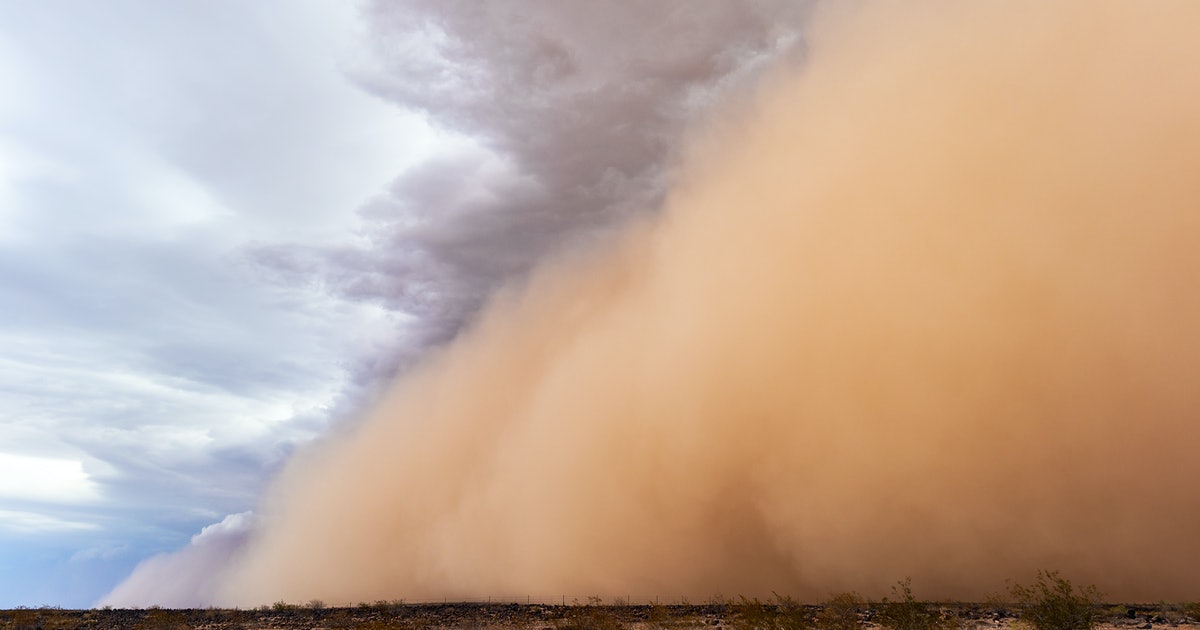 Dust, surprisingly, is an incredibly important thing to study. Scientists know that dust particles waft through Earth’s atmosphere, get picked up by the wind, and then strewn across oceans and continents, far from the deserts that produce them. But its effect on human-generated climate change, for instance, still evades scientists.

In fact, high-flying dust particles might be changing Earth’s temperature. In which direction they tip the thermometer is still unknown. This week NASA’s EMIT mission — which is short for Earth Surface Mineral Dust Source Investigation — is settling into its new home in space. From its new 248-mile-high perch above the planet, EMIT can begin the ambitious task of taking a billion unique observations about these “mineral aerosols.” This data will help a research team determine if dust is cooling or heating the planet, and might spring forth a better understanding of climate science.

On Thursday, the space agency lofted more than 5,800 pounds of cargo to the International Space Station. This shipment included several science experiments, such as the Suture in Space project. EMIT also sailed onboard. Once it is unpacked from a SpaceX Dragon cargo ship, the space station’s robotic arm will hoist the mission and place it outside the orbiting laboratory. There, EMIT will spend one year learning where dust dwells.

Why it matters — Dust is important for many reasons.

For instance, dust is a harbinger of life. The particles are food for microorganisms. If dust settles in the ocean, it can stimulate algal blooms. It can also provide nutrition to distant rainforests. Dust from the Sahara Desert can travel thousands of miles over the Atlantic Ocean, for instance, and settle in the Amazon Basin.

Dust also accelerates ice melting. “In fact, the Colorado River has less water in it because of the way that dust lands on the snowpack in Colorado,” EMIT principal investigator Robert Green tells Inverse. “It causes it to melt sooner.”

An excess of these particles can also form towering walls of dust called haboobs. These create dangerous respiratory conditions and low visibility. There’s been an uptick of haboobs in western Texas, making headlines earlier this summer.

Haboobs are natural displays, but they increase with desertification. The Dust Bowl of the 1930s famously produced several of these ominous clouds. Bad policies and drought were largely to blame for the great American calamity, which killed crops and livestock and forced mass migrations from the Great Plains.

“As we go into warmer climates… for every degree temperature we go up, you get less bang for your buck in terms of the value of every drop of rain,” Okin says. “The hotter it is, the more that rain evaporates, and therefore, the less can be used inside of a plant.”

The need for water is only going to get worse, says Okin. “[During] hotter climates there’s going to be more demand for water, and at the same time…there will be longer periods of drought, like we’re observing in the western U.S. right now and in the central and southern Great Plains. That’s where the Dust Bowl was. We’re looking at a world where… the climate is pushing us towards Dust Bowl conditions, certainly in the next couple of decades.”

What’s next — To understand the effects of dust on an increasingly-changing planet, EMIT will study the sunlight that strikes dust on land and in the sky.

EMIT will dramatically expand what’s known about the dust cycle.

“The Earth has a mineral dust cycle,” Green says. “What we want to know is what kind of dust is likely to be in the atmosphere. To know that, we need to know what the source regions are, in Africa, in the [western U.S.], in Australia, in South America.”

The scope of the dust cycle is immense, and EMIT must start somewhere. Okin tells Inverse the team will consider their current mission a success if they can determine how much solar energy stays in the atmosphere, or leaves. This phenomenon is called radiative forcing.

Green says EMIT will dramatically expand what’s known about the dust cycle, building upon the 5,000 analyses used in modern models and aiming to gather a billion direct observations.

Scientists will unpack the light reflecting off dust through a process called spectroscopy, which parses through sunlight to find the chemical fingerprints of dust. They’ll learn the composition of these particles, and this in turn will reveal if they are likely to hold heat, reflect it back into space, and what corner of the planet they come from.

Dust, surprisingly, is an incredibly important thing to study. Scientists know that dust particles waft through Earth’s atmosphere, get picked up by the wind, and then strewn across oceans and continents, far from the deserts that produce them. But its effect on human-generated climate change, for instance, still evades scientists. In fact, high-flying dust particles…

Dust, surprisingly, is an incredibly important thing to study. Scientists know that dust particles waft through Earth’s atmosphere, get picked up by the wind, and then strewn across oceans and continents, far from the deserts that produce them. But its effect on human-generated climate change, for instance, still evades scientists. In fact, high-flying dust particles…

15 years ago, Danny Boyle made the most scientific space thriller ever

Exercising only on the weekends has surprising health benefits