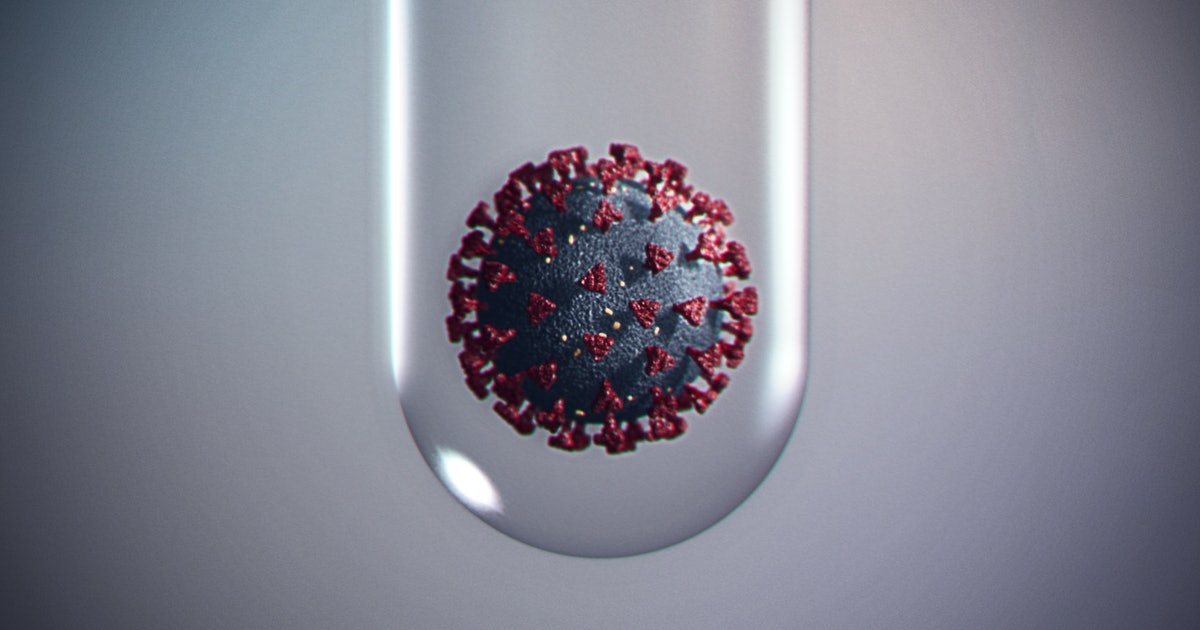 What it means for the pandemic and booster shots

The past two and a half years of the pandemic have been characterized by frustrating fits and starts. Just when it feels like the risk is subsiding, a new Covid-19 variant (or subvariant) arises. That appears to be what’s happening with the latest subvariant of the Omicron family: BA.5, which is spreading rapidly around the country; the new subvariant now accounts for 65 percent of new Covid-19 infections in the United States.

If you’re getting a sinking feeling of déjà vu, it’s likely because we saw something similar happen when Omicron first came onto the scene in November 2021. It displaced Delta as the predominant variant and cases soared.

The strange cycles of the pandemic can make it confusing (and exhausting) to figure out what exactly is going on now. Inverse spoke with four infectious disease experts about what we know about BA.5, what we’re still trying to figure out, and what you should do to stay safe.

What do we know about the latest Covid-19 variant, BA.5?

Omicron — now known as BA.1 — is the terrible gift that keeps on giving. The variant was responsible for a massive surge of cases thanks to its increased transmissibility and enhanced ability to evade immune defenses and BA. 5 appears to be following a similar trajectory.

Peter Hotez, Dean of the National School of Tropical Medicine at Baylor College of Medicine and Co-Director of the Texas Children’s Hospital Center for Vaccine Development tells Inverse that the spike in recent Covid cases is likely a significant undercount.

“A lot of the current wave is hidden because so many cases are getting diagnosed from home testing and not being reported to either the state or federal government,” he says. “When we’re looking at the number of new cases, we should probably extrapolate that to a factor of seven or 10, maybe even higher than that.”

Why the spike in cases? BA.5 has mutations that cause some degree of immune escape from previous infection or vaccination as well as higher transmissibility. These two factors, Hotez says, “go hand-in-hand.”

The relation is not necessarily because of the inherent transmissibility of BA.5, George Rutherford, a professor of epidemiology and biostatistics at the University of California, San Francisco, says but because of how well the virus can evade immune defenses.

“We know that with this wave of infection, some chunk of it — though we can’t say exactly how much yet — is reinfection,” Rutherford tells Inverse.

That reinfection is happening because of BA.5’s mutations, including some to the spike protein, Donald Alcendor, an Adjunct Associate Professor of Pathology, Microbiology, and Immunology at Vanderbilt University School of Medicine, tells Inverse.

The spike protein is how the virus attaches to and enters human cells, where it can then replicate. Vaccines prompt the body to produce antibodies based on that spike protein, so they can recognize and attack the virus before it has a chance to infect the body’s cells.

The more mutations that build up, the harder it is for our immune systems to recognize the virus, and the more likely reinfection becomes.

Does BA.5 cause more severe disease?

It’s too early to say definitively whether BA.5 is associated with more severe disease, Tia Babu, acting assistant professor in the University of Washington’s Department of Medicine, Division of Allergy and Infectious Diseases, tells Inverse, but while “cases and hospitalizations are rising in the U.S., fortunately, rates of severe disease and deaths continue to remain low.”

Over the next few weeks to months, we will likely get a better understanding of whether BA.5 is different when it comes to disease severity, Babu adds.

Figuring out whether or not a new variant (or subvariant) causes more severe disease can be tricky if much of the population has either been vaccinated, has some immunity from a previous infection, or both.

When Omicron appeared late last year, infectious disease experts and immunologists initially thought it may be more transmissible but cause less severe disease than its predecessor, Delta. It did turn out to be more transmissible, but many infectious disease experts, including Hotez, aren’t convinced the original Omicron variant was indeed less severe.

“I don’t think there was ever really strong evidence to support Omicron causing less severe disease,” he says. “I think that was a lot of wishful thinking.”

What’s the difference between a variant and a subvariant?

Alcendor likens the difference between small and large changes to the genome to the difference between putting on a tie and changing an entire outfit. Small changes may not result in significant changes in how the virus behaves; large changes are more likely to result in changes to how the virus behaves, and thus often warrant a new variant designation.

By this technical definition, B.5 is considered a subvariant, or sublineage of Omicron. But, Hotez says, of the new subvariant, “By now, I think there are so many additional amino acid substitutions that we can think about it as an entirely new variant.”

If you are eligible for a second booster, should you get it or wait for an Omicron-specific vaccine?

Currently, only people over the age of 50 — or people over the age of 12 who are immunocompromised — are eligible for a second Covid-19 booster. But the increase in both cases and hospitalizations are causing the Biden administration to consider making the second booster available to more people sooner than initially planned, the Washington Post reported Monday.

That’s one question all four experts Inverse spoke with vehemently agreed on.

“Get it now, because if you don’t, you may get very sick,” Hotez says. “It’s also not clear that the Omicron-specific booster will ever materialize. Because by the time it’s ready, Omicron may be in the rearview mirror and we may be on to an entirely new variant.”

Alcendor echoes the recommendation. “Vaccines often take a longer time to come out than initially planned, so it may not make sense to wait for something that may or may not be coming in the Fall,” he says. “And if you are high risk and get Covid while you’re waiting for that new vaccine, you’re going to wish you had gotten the second booster.”

In terms of preventing the worst outcomes from infection, the best thing you can do is be mindful of your vaccination status, Hotez says.

“Recognize your vulnerabilities and if you’re an adult, unless you have been boosted twice, you’re vulnerable. The only exception is if you’ve just gotten your first boost, you can wait a bit,” he says. Though he admits the boosters are not foolproof: “I was boosted twice and I got a breakthrough. But I wasn’t in a hospital. I was still working. I was fine.”

The past two and a half years of the pandemic have been characterized by frustrating fits and starts. Just when it feels like the risk is subsiding, a new Covid-19 variant (or subvariant) arises. That appears to be what’s happening with the latest subvariant of the Omicron family: BA.5, which is spreading rapidly around the…

The past two and a half years of the pandemic have been characterized by frustrating fits and starts. Just when it feels like the risk is subsiding, a new Covid-19 variant (or subvariant) arises. That appears to be what’s happening with the latest subvariant of the Omicron family: BA.5, which is spreading rapidly around the…